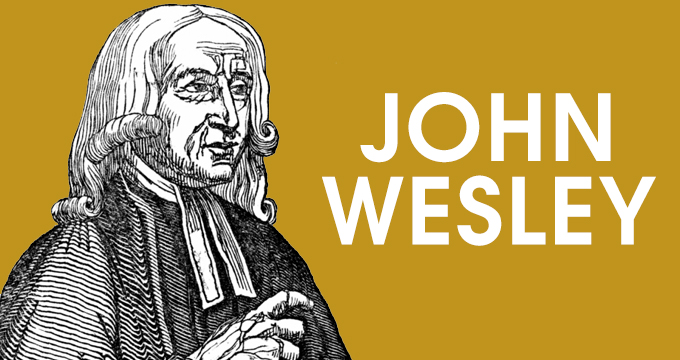 1. God is most basically a God of love.

Most basic to God’s nature and character is love and relationality. God exists in community of Father, Son, and Holy Spirit. In this community there is pure delight and mutual submission which paint a perfect picture of love. This means God did not need to create the world—he was sufficient in himself, but since he did, we have a most perfect model for what loving, human relationships should look like. It also provides a beautiful means by which we may commune with him—because of the Son’s work, we may commune with the Father through the Holy Spirit.

2. Universal grace which reaches all people.

Since God is love, this works itself out in a universal grace which reaches all people and leaves no person unaffected, so that all might “seek him and perhaps reach out for him and find him.” (Acts 17:27) His sovereignty and concern for his glory is not over against this love for the world, but expressed most perfectly in the suffering of the cross—God’s most able attempt to reach a lost world. The Holy Spirit also touches all people and seeks to draw them into relationship with Him, even before that person knows or recognizes him (via prevenient grace). This means we recognize everyone is on a spiritual journey. Some are still lost wandering, some are on the porch of salvation, while others are on the verge of passing that threshold.

Traditional liturgy sustains and grounds public worship. It also orients our desires toward the transcendent God in a way that works to form us subconsciously. It calls for interaction with all of our senses and therefore engages the person holistically, supplementing the gospel preached in the form of a sermon. Liturgy also protects the community from extraneous attempts to be “relevant” to the culture. Our energy can be re-focused from following the latest trends to other areas of need in the community (see, “Renewal and Liturgy: Why I Am a Methopentecostlican”).

4. Reform movement within a historical church.

Early Methodism was a reform movement of the Anglican church. Within the DNA of Wesleyanism, then, is the reformation principle of “always reforming,” but this expresses itself primarily through the concern for holiness rather than doctrinal minutia. Wesleyans should never settle for cold, dry, or rote spirituality. It recognizes the constant need for spiritual renewal, while holding fast to the institutions and structures that make church life sustainable (see this biographical sketch of Wesley).

John Wesley met the high demands of intellectualism in his own day (Enlightenment thought) through classic, Christian orthodoxy. He wrote many tracts and apologetic resources, making a case for the Christian gospel and modeling how to engage popular ideas in culture. He received a classic education, including graduating from Oxford, and came to hold a lectureship there in Greek. In his writing he commonly draws on classic philosophy.

6. The theological and dogmatic points.

Though John Wesley is not known for his principled systematization, in his notes & sermons and also in Charles Wesley’s hymns, it is clear that doctrine should be held in high esteem (watch, “Deeds Not Creeds? 3 Reasons Why Creeds Matter” by Andrew Thompson). Theology is powerfully formative so careful attention must be paid to what we allow ourselves to believe. For example, John Wesley believed there were certain non-negotiables in Christianity. These included justification by grace through faith and original sin. Wesleyanism therefore understands the formative nature of theology and embeds it in every aspect of liturgy, hymnody, sermons, etc.

John Wesley penned the famous words, “The gospel of Christ knows of no religion, but social; no holiness but social holiness” (Preface to “Hymns and Sacred Poems”). We learn this by fixing our eyes on Jesus, the second person of the Trinity, who only understood himself in relation to the Father and the Spirit. By acknowledging that holiness is social, we don’t have to forfeit orthodoxy, evangelical identity, or the very personal nature of spirituality. It is simply to acknowledge that we were created for community and that God’s vision for the Christian life manifests itself in relation to other persons. “To turn it into a solitary religion indeed is to destroy it” (John Wesley, “Sermon on the Mount, IV”).

8. The inclusion of children under the covenant through baptism.

Though a reformer, John Wesley was unapologetically pro baptizing infants. Baptism serves as a means of grace by which God includes children into his covenant and therefore works against the rugged individualism inherent in our culture. We should understand our spiritual identity in relation to families and community. The sacrament of baptism models this initiation in a positive way. Nonetheless, Wesley did not resolve the tension this left as to when justification happens. Just like those unreached with the gospel, “who is in” is left to God’s perfect judgment.

There are few better models for charismatic and apostolic ministry than the itinerant preachers of the 18th and 19th centuries. By pursuing holiness and recognizing the grace of God through the work of the Spirit, Methodism invited the supernatural work of God that served as a precursor to the Pentecostal and Charismatic movements of the 20th century. Though rejecting pure “enthusiasm,” John Wesley was not shy to recount the powerful ways that the Spirit manifested himself in leading people to repentance and loving his people through supernatural signs and healing.

10. God’s call for the Christian to entire sanctification.

This is by far the grand depositum of Wesleyanism and Methodism. If sanctification is a work of grace, then the gospel of Jesus Christ can overcome the bondage of sin. God calls the Christian to be perfectly in love with him, unrestrained by sinful distractions. We can believe this as reality, since “he who calls you is faithful, who also will do it” (1 Thess 5:23-24). There is something beautiful and appealing about a gospel which is optimistic about the power of God’s grace in the lives. I have met people that are “pure in heart”—Wesleyanism simply names this grace of God. 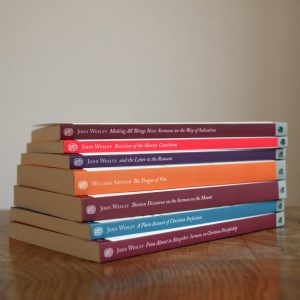 Are you interested in learning more about Wesleyanism or Methodism from the life and work of John Wesley himself? Seedbed has started a reprinting project called The John Wesley Collection. It in, we arrange Wesley’s sermons topically and lay out the work so it’s more readable. Consider starting your collection of John Wesley’s sermons—purchase his work from our store now.

What are some of yours?