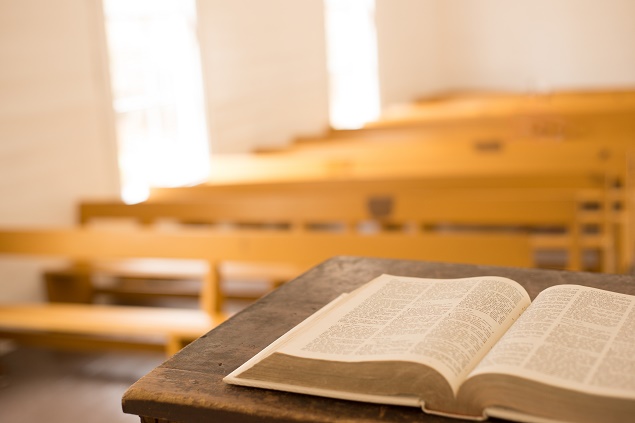 Some are suggesting that preaching has run its course. The proclamation of words from one talking head to a nodding (or sleeping!) crowd for 20-30 minutes or, worse, 40-50 minutes, is a bygone byproduct of a different era when words mattered. The plethora of words we encounter every day, online or in print, has caused words to become meaningless. An internet blogger named Kevin says it all when he writes, “We have hardly had any preaching at Grace Church for the last three years—haven’t missed it!”

Why would anyone keep preaching in a 21st century American context that seems to value preaching less today than ever? While I believe preaching must change in substantial ways, here are a few reasons why I keep on preaching and encourage you to do the same:

According to the biblical story, words matter. God did his best work through words. God formed the world and everything in it through words. For centuries, the Old Testament prophets communicated messages from God to his people essentially through words. The primary ministry of Jesus and John the Baptist was preaching (Mark 1:4, 38; Luke 8:1). Jesus recruited the apostles to preach (Mark 3:14; Luke 9:2). The first century church, according to the book of Acts, focused significant attention on the ministry of proclaiming good news. According to the Bible, words about, from, and for God proclaimed to a group of people through an anointed person will always be meaningful, relevant, and powerful even when considered passé. That is why we preach!

2. Preaching is a Portal for God

Will Willimon, seasoned pastor and prolific author, reminds us of the impossibility of preaching: “Getting up to preach was like trying to put out a thousand acre forest fire with a garden hose.”1 Thanks Willimon! Preaching is crazy. Arranging choice words in the right order because of a call from God, knowing full well that those words are dead bones unless God speaks through them, is utterly ridiculous. While we study and work diligently in our homiletic craft, we recognize that the power of preaching is more dependent on God showing up than the preacher. Ironically, the ridiculous nature of preaching may be the very rationale in support of its ongoing practice in the life of the Church. The practice of preaching reminds us over and over again that God can accomplish the impossible through impossible methods and means, that he just might decide to show up through the so-so words of a so-so preacher and transform so-so people into disciples who change the world! Just like he comes to us through the common bread and wine of Communion, so God comes to us through common words strung together by some common being we call preacher. That is why we preach!

The practice of preparing and presenting sermons on a regular basis has done wonders for my soul. God often uses the practice of preaching to breathe the winds of hope back into the deflated sails of my life. The act of preaching has, over and over again, given me the audacity to believe what I am tempted to stop believing about God, myself, and the world. Preaching helps me to imagine a whole new world that is more real than the “virtual reality” within which I am sometimes compelled to live. The call to preach stimulates my movement toward love and away from self-centered narcissism. I’m still not “all that,” but you should have seen my life before the practice of preaching laid its hands on me!

I know I’m preaching to the choir. Maybe you don’t need to be convinced that every moment you spend preparing to deliver your sacrament of words, as heart-wrenching and nerve-racking as it is, will be well-worth the blood, sweat, and tears you pour into the homiletic task. I, on the other hand, need convincing at times. Does preaching still matter? If you’re a preacher, you better believe it!