The First Five Minutes of a Sermon - Seedbed
close
Menu 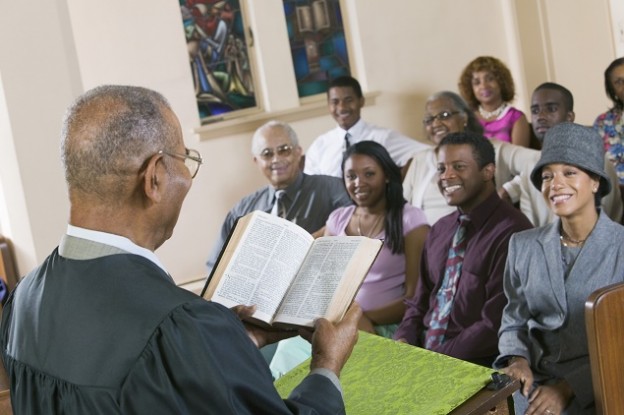 The days are gone when we can assume that the people sitting in front of us are at all interested in what we have to say, or even in God. Maybe that’s how it used to be, but it’s not that way anymore. It’s like my 7 month-old daughter, I have to be VERY interesting to wrestle her attention away from anything she sees moving in her peripheral vision. There’s so much going on around her that she has a hard time focusing in on me, and it’s the same with your listeners.

Here are 5 simple techniques to make your first five minutes your most engaging:

1) Tell a story that captures their attention

Start off with a bang. Go straight into telling an interesting story that makes them lean in and want to know where you’re going with the rest of the sermon. A lot of us like to close with our strongest stories, but what if you opened with one? Then you could reference it throughout the sermon as well. It’s even better if you make it a story about yourself. Because then it helps you…

The number one thing I try to do in the first five minutes is help my listener’s identify with me because if they like me, or if they identify with me, then they’re much more likely to pay attention to what I’m saying. If they don’t identify with me in some way, if they don’t think I’m credible or relatable, then I’ve pretty much lost them from the beginning.

All of us want to know, “What’s in it for me?” Why should I listen? Why should I engage? Why is this important?” If you don’t know the “why” of your sermon, and you don’t have it crystallized in a quick summary sentence that you can give them in the introduction, then you are fighting an uphill battle the rest of the way.

Create tension in the first five minutes. Give them the problem, give them a reason to lean in, identify the primary issue, and then go to God’s Word to find out what God has to say about that. Before you get up to preach, ask yourself, “why does this matter?” and then spend your introduction helping your listener’s understand that as well.

4) Ask an intriguing and relevant question

One of the best ways to create tension and give the “why” is to ask an intriguing, relevant, and penetrating question. Questions like, “Have you ever wondered why God seems to answer some prayers but not others?” or “Are you confused when the Bible talks about…?” or “What if when Jesus commands us to love our enemies, he meant that you have to love…?” Get people thinking and cause them to wonder how you’re going to answer that question.

5) Have an engaging creative element right before your sermon

Sometimes the best introduction to the sermon, or the best way to create tension or interest is to have a great song or video right before you get up to preach that sets the mood, introduces the topic, and moves people emotionally one way or the other. Then, all you have to do is capitalize on that moment. You probably don’t even need five minutes to do that, which leaves more time for the rest of your sermon.

The key is to transition seamlessly and use the moment instead of killing it by going off in your own direction. Be in tune with what your creative people are doing right before you get up to preach and use it for the benefit of the sermon.

Here are some things to not do:

I know this sounds weird, but don’t start by asking people to turn straight to the scripture and then diving right in without getting them ready for why they should even pay attention. Take a few minutes and whet their appetite, get them tuned in. Most people sitting out there might not even know why it’s important to read the Bible, much less why this passage is relevant to their lives.

I can always tell when I didn’t prepare enough by how my introduction goes. If I keep saying the same things over and over again, and keep stumbling over my words, and fumbling for what I’m really trying to say, then I know I didn’t prepare enough. It affects people’s ability to identify with me and see me as someone who has something to say that interests them. I work the hardest at memorizing my introduction and my closing because those two parts of the sermon make all the difference in whether people are going to listen, and what they go away thinking.

I was guilty of this a lot when I first started preaching. I would apologize that I wasn’t the usual speaker, or that I didn’t have time to really prepare so I was going to do the best I could, or for it being too hot or cold in the venue, or whatever just happened in the service. Apologizing just distracts people from what really needs to be said, creates an excuse for them not to listen to you, and kills any credibility you might have had. Just go into creating tension, identifying with them, telling an intriguing story, and giving them the “why”, and they’ll forget about whatever it was that you felt like you needed to apologize for.

4) Small talk for too long

Don’t distract from the message the Holy Spirit wants to bring through you by “shooting the breeze” with your listeners thinking that you are identifying with them. Just get into it. Guest preachers and preachers who’ve been at the church a long time are the most guilty here. Don’t do a long introduction of who you are, or of why you’re so appreciative to be there. Don’t chat it up with Brother so-and-so or about the football game last night and waste those first few minutes. In doing that, you’re not identifying with them, you’re causing most of the people in there to tune out because it’s not applicable to their life and doesn’t interest them.

People may not remember the first five minutes of your sermon, but they won’t listen to the rest unless you catch their attention at the beginning.
—
Image attribution: IPGGutenbergUKLtd / Thinkstock

© Seedbed 2021
The First Five Minutes of a Sermon
MORE STORIES