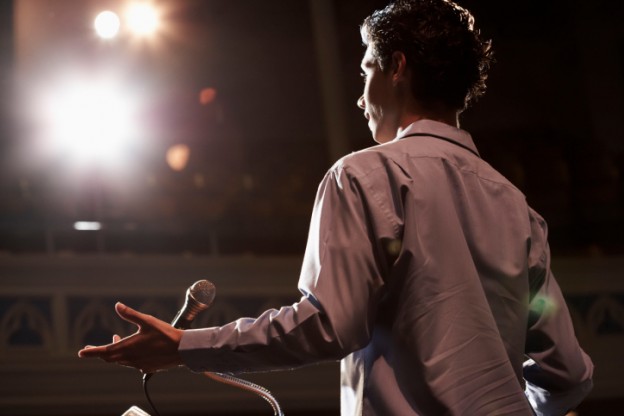 Recently I read an article by the TED community regarding the differences between TED Talks that go viral and TED talks that gain minimal or mediocre traction. Clearly, TED Talks are known world-wide now for not only their amazing content, but their consistently quality presentations. It seems, then, that evaluating the differences in quality between the various TED talks might provide those of us who preach with some quality insight into what makes for a good sermon. So, for those who won’t read the article, here are the 5 key components of a TED Talk that make it go viral:

Now, here’s why this interested me as a preacher. Notice that every single one of these qualities is an embodiment quality. That is, none of them are related to the quality of your content, but with the way you embody your content. I will argue all day with someone who tries to minimize the content of a sermon. I think sermons are often too shallow and superficial. But the fact is, the sermon is not a lecture. The pastor is not a vessel full of information that needs to be poured into the vats of the congregation’s mind. The sermon ought to have quality information, but it is not primarily an act of information transfer. The sermon necessarily embodies that of which it speaks. It signals to the audience, both verbally and physically, the direction God intends to take us in the next 20 to 40 minutes. Notice how this plays out in these 5 TED Talk points:

Your inflections and passion in your sermon matter. These are not just nice artistic qualities that some preachers have and others do not. These are necessary components to embodying the message of the God who speaks to us. Your inflection and passion ought to embody the passage from which you’re preaching, and the God of which you speak.

The more hand gestures, the more likely it will go viral.

If we are just lecturing on Sunday mornings, then hand gestures don’t matter at all. But if we are the embodiment of the message we’re communicating, then hand gestures of all sorts communicate the variety and scope of that message. What’s interesting about the TED article is that it goes against the common assumption that too many hand gestures are distracting. Quite the contrary, the higher the number of hand gestures, the greater chance a talk went viral. I think this is, again, because of how God designed us. Our audience is a physical audience. We are not minds without bodies. No, our bodies matter to our relationship with God, and that means things like hand gestures, simple as they are, help us see the message of the God who speaks to us through the sermon.

Following a script too closely kills your charisma.

Congregations have complained about this one for so long it’s still surprising to me that pastors think they can get by with just reading off a sheet of paper. I’ve seen a few people do this well, but most of us come off sounding like robots. And the problem is, a robot is not a human. You see, the point of the sermon is that there’s a human embodying and conveying the word of God. God did not send angels or robots. God did not merely transfer information to us or send us a telegraph. God sent us His Son, the word made human flesh. It matters that we appear to be what we are – human – when we preach. Following a manuscript word-for-word isn’t just a matter of losing charisma; it’s a matter of losing our humanity. For those who, like me, insist on manuscripting your sermons, I recommend that 1) you practice the inflections and rhythms so as to avoid sounding like a robot, and 2) memorize your sermon as much as possible so you don’t have to look down at your notes. There’s nothing wrong with a manuscript, but there’s everything wrong with a robot reading it.

Smiling makes you look smarter, thus gaining you credibility with your audience.

This has simply got to be why Joel Osteen is so popular. The guy smiles so big the entire time he’s preaching that his eyes close. No, but seriously, I’m not sure that the preacher’s job is to put on a fake smile. I certainly don’t do that. But I do think there’s something to be said for the fact that people begin to trust when they see that the messenger is friendly and inviting…and apparently smart. Smiling may just be a small price to pay to gaining a lot of credibility, especially with new people in your service. I recently had a conversation with an unchurched friend who complained because the Christians he knows all seem grumpy and angry. Clearly this is not the truth. But were this friend to go to church and see a smiling pastor – who was genuinely happy – he might have reason to see the joy so many Christians have come to know.

You have seven seconds to gain your audience’s attention.

Most people who have done any kind of public speaking know that gaining your audience’s attention quickly goes a long way to maintaining their attention throughout the talk. The point I’d like to draw out here, though, is the audience is not a passive participant in the sermon. The quality of the sermon’s presentation is often connected to how the audience relates to the sermon. The audience creates the sermon as much as the pastor does. The pastor may speak the words and embody some of the ideas, but the audience responds –  “amens,” furrowed brows, yawns, laughter, head nodding, and, yes, even sleeping is a response. Your audience not only wants you to embody the sermon, they want the opportunity to embody a positive response to it. This means, clearly, that the first seven seconds need to invite them into the sermon as active participants. They need to be able to respond quickly and attentively if their participation is going to matter throughout the length of the message. Seven seconds could make or break the entire sermon. Sure, with a quality presentation, we could gain back anyone we lost in the first seven seconds, but it’d be nice if they felt invited to participate from the word “go.” The fact is, the sermon is not a lecture; the sermon is the embodiment of the words of the Word made flesh. TED Talks are so popular because the speakers understand that embodiment of the message is as important as the content of the message. It’s just unfortunate that it took TED to remind the church of the value of such incarnational theology.