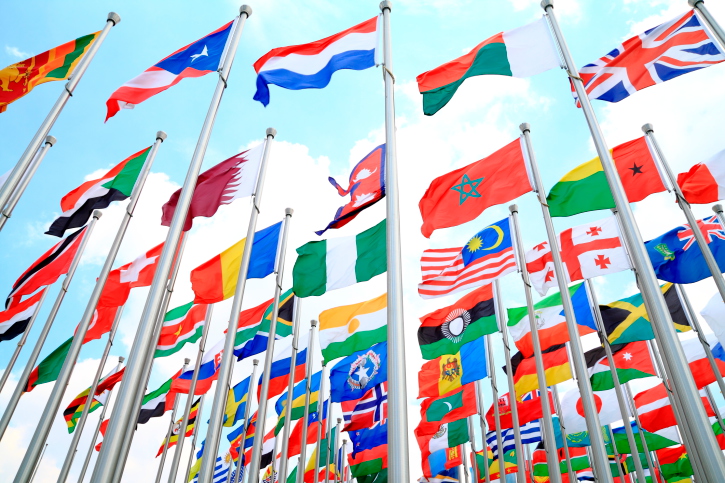 The world has undergone enormous changes in recent decades. While God’s mission remains unchanged, how we go about participating in His mission has to respond to these changing contexts. In my role at The Mission Society, interacting with missions globally in recent years, I have observed several trends reflecting this response. Here are five of those trends that I find highly significant and widely impactful.

While this may be old news to many, there can still be the assumption in the pews of many US churches that missions is what we from the US do for them. Missions literally can now be seen as being sent from everywhere to everywhere. You can read more about this in a recent article in Christianity Today.

2) A focus on least-reached peoples.

This also is not a new trend, but one that has gotten increasing traction over the past couple decades. While a disproportionate share of mission work and finances continues to be in parts of the world where the majority of the population would self-identify as Christian, there has been a notable increase in awareness of and activity among the nearly two billion people who have yet to hear that Jesus was born. The language of “people groups” is now common in mission discussions, focusing on ethnic and cultural affinities rather than geographic boundaries when considering mission. Click here for more information on the least-reached people groups.

3) Recognition of diaspora as a mission opportunity.

This is perhaps the most recent global phenomenon receiving attention – that of mass migrations. There are more people living outside their country/culture of origin than in any time of human history. The global church is recognizing how in the Bible and in early church history, natural and forced migrations of people were often means by which people encountered God. For example, in the US alone one can likely find a community of people from nearly every unreached people group across the globe. Thousands of Filipino believers live and work in the Middle East – an area largely closed to traditional Christian missions. There are local church-based as well as global discussions on how to engage these new realities from the perspective of God’s mission. Click here to read an article by Diaspora Mission Pioneer Enoch Wan.

Although many mission stories and stereotypes picture a rural, tribal setting, the fact is that much mission work is now taking place in cities across the world. Recently the population living in cities crossed the 50 percent mark globally. This has an impact on how we prepare people to engage in missions and how we go about it in these culturally, economically, and culturally complex settings.

5) Rethinking the definition of “missionary.”

This is resulting from the trends already mentioned, plus the fact that in many places, one cannot just waltz in as a missionary with no other role or identification. In addition to the practical issue of obtaining visas, we have to consider the local cultural understanding of “missionary.” Increasingly mission will take many forms with the common element being that people are engaging across cultural boundaries, seeking to make disciples, and living out their lives in whatever context they are in. This might include a Canadian business person living in the Middle East, a Nigerian immigrant to the US, a Brazilian doing development work in South Sudan, in addition to people serving in the more traditional missionary roles. In many cases, we will see the word “missionary” not used to describe such people, since it can be less than helpful in sensitive environments. It carries negative connotations in many places that do not accurately describe the person’s activities or intents.

Although we are experiencing unprecedented global change, this is not the only time in history that the church has had to react to changing contexts. It is when God’s people, under the guidance of the Holy Spirit, reflect on God’s unchanging purpose in the context of a changing world that the kingdom of God’s impact on humanity grows.