5 Ways to Encourage Diversity in a Church - Seedbed
close
Menu 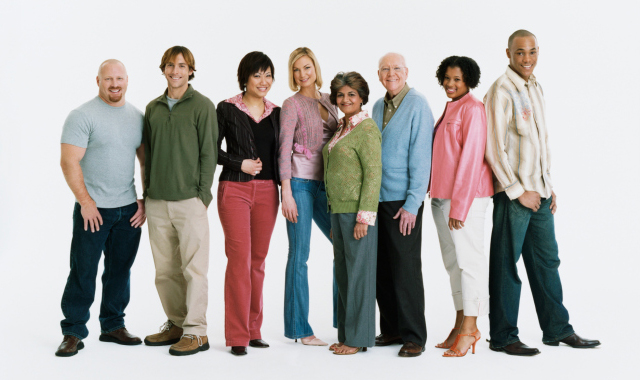 How can a church grow in diversity? Talbot Davis shares insight on how churches can become diverse by understanding cause and effect in terms of the goal of the church. He also includes 5 ways we can encourage diversity in a church.

I am a 53-year-old white male who lives in the South and embraces a conservative understanding of Scriptural authority and Christian morality. My high school was full of people who looked just like me, and my college was much the same. My sport of choice was tennis which is most well-known for the following it has developed . . . in country clubs.

Yet in spite of that monochromatic resume, the church I pastor in Charlotte, North Carolina is remarkably, providentially, improbably diverse.

On a typical Sunday, Good Shepherd United Methodist includes people from 35 different nations, including Ghanians, Liberians, Ecuadorans, Indians, Cubans, and Romanians. And while each of our three worship gatherings (8:30, 10, and 11:30) remain majority Anglo, our 11:30 service in particular has become known as a gathering place of the nations.

As a ministry friend who visited a recent 11:30 celebration said to me, “I knew there was some diversity here, but I wasn’t prepared for this.”

And given my background, neither was I. Neither am I. But God.

The answer to that question has several supporting structures—which I’ll get to momentarily — but one foundational building block. Here it is:

We’ve learned to distinguish between a cause and an effect.

Our cause is Christ, or, as we say it here, inviting all people into a living relationship with Jesus Christ. In the conservative way in which we understand biblical authority, Jesus is not one of many. He is the one and only. And how people respond to him is decisive for their eternity. So in our music and in our preaching, in our LifeGroups and in our children’s ministry, in our Outreach and in our Inreach, our cause is to lift the name of Jesus as high as possible. Colossians 1:18 says it best: “so that in all things Christ might have pre-eminence.”

What is the effect of this greater cause? All kinds of people respond to the Savior and rally around the message. You lift up Jesus high enough and people of all colors, cultures, and languages will come.

Our diversity is the result of our theology. An exclusive commitment to a singular savior leads to an inclusive church.

God forbid that racial diversity would ever be our primary goal. If we descend to that, a vapid diversity-for-its-own-sake would be the result. We want no part of that. Instead, we long for the kind of barrier demolishing diversity that Ephesians 2 tells us is the gift of the Holy Spirit.

With that theological foundation, Good Shepherd’s racial and ethnic diversity has the following structures that support it: training, imaging, naming, staffing, and anticipating.

Every since 1999, we have had a ministry called Bless This House which is a low-threat, high-touch way of welcoming new movers to our area and inviting them to church. In the early 2000s, I began to notice that the people answering the doors on which I knocked didn’t look like me anymore—they were either African-American, continental Africans, or Latino. In response, we signed on with Serving In Mission, a Charlotte-based mission-sending agency, to train our staff on leading our church towards multi-ethnicity. That nine month process led to a sermon series in early 2004 called “Let The Walls Fall Down,” based on the then-current Maranatha tune. From that series on, the people of the church knew we were headed into God’s full color future.

All of our art, photography, and advertising reflect not only the kind of church we are, but the kind we wish to become. We recently turned the large exterior wall of our Worship Center into a billboard featuring a bi-racial couple and our tag line: Come To Life.

Our staff is still predominantly Anglo. Yet we have made a series of strategic decisions along the way, including a bi-lingual church receptionist, a full time pastor of Latino ministries, and a person of color to serve as pastor of Outreach and Community Impact.

Ever since the Let The Walls Fall Down series in 2004, diversity has been on our lips. The most common early refrain was “we want worship here to look like worship in heaven.” That has since been augmented with “we want to do in history what we’ll be doing for eternity.” And the first of our “core values” as we invited all people into a living relationship with Jesus Christ is that we are a full on, full color church. I don’t go too many Sundays without naming that value in a sermon.

Our full color worship gatherings are merely an appetizer for heavenly experience. We pray Good Shepherd is living Revelation 7:9 in real time:   After this I looked, and there before me was a great multitude that no one could count, from every nation, tribe, people and language, standing before the throne and before the Lamb. They were wearing white robes and were holding palm branches in their hands.

When you are able to distinguish between causes and effects, that’s the kind of thing that can happen.