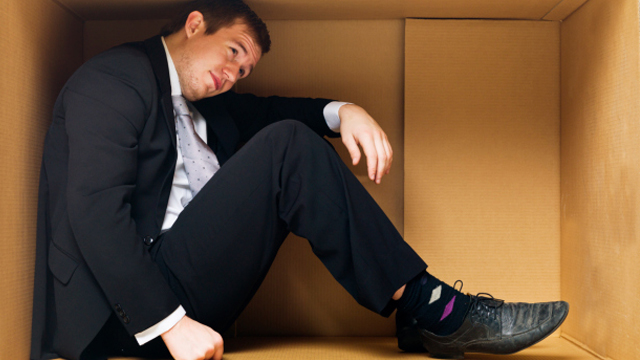 The season for pastoral moves is almost here, and while you’re packing boxes, painting walls, grousing about mortgage interest rates, and threatening to fire your realtor, you’re also getting ready to go to a new church where the people are obviously nicer, the building more problem-free, and the worship more heavenly than that backward place in East Podunk you’re currently serving. Of course, you’re on your way up, so you don’t want to stay at one place too long, since First Church Nirvana is likely to open up at any time. So, in the interest of helping you make as many pastoral moves as possible, here’s a list of seven keys for making your worst move ever. Follow this advice and I guarantee that you’ll be on your way to yet another church in no time!

1. Plan to interfere as much as possible with your current church after you’re gone.

Sure, you’re leaving, but lots of people in your current church still love you. In fact, they’ve told you that they can’t live without you, and you absolutely agree. It’s important to listen to their complaints about the new pastor and empathize with them about the fact that a moron has attempted to take your place. Show up randomly at church events, even if it means driving a couple of hours. Stoke the gossip on social media by posting things on church members’ timelines like, “How are things, really?” And, for goodness’ sake, don’t leave the new pastor any information that might be helpful to him. You’ve got better things to do. Follow this advice and you can be sure that the church you just left will never again be as effective as it was when you were the pastor.

2. When you get to your new church, assume that God hasn’t been anywhere near the place until you showed up.

The people at your new church won’t know what they were missing until you arrive. When you look at the building, the church board, and the bulletin, you will be certain that God has long forsaken this place since there’s clearly no evidence of him anywhere. It will be up to you to bring God back to this nearly pagan community, since no one sitting in the pews has a shred of the theological sophistication that you possess in spades. Assume, however, that there must be a small remnant of people in the church praising God (in secret, of course) because, clearly, you are the answer to their prayers. As for the rest, make sure that you preach to them condescendingly and mock their feeble attempts at expressing love for God through their wheezy music and ineloquent reading of Scripture. They will thank you for it when you leave in a year or two.

3. Heed the advice of the people who show up at your office door with a cake on the first day.

The first people who greet your arrival will have all kinds of important things to tell you. They’ve been waiting for this moment ever since the idiot who previously occupied this office is finally gone and they want you to know that you can count on them to give you the straight scoop on how things operate at the church. By all means, make sure you don’t consult anyone in the church other than these people! Listen to their every word of gossip, complaint, and advice. They have their…er, your best interests at heart. Put them into positions of power as soon as possible and pander to their every need. They will throw you a great going away party in a couple years. Sadly, no one else will be there.

4. Make changes without getting input from anyone else.

Nearly every church says that they want “change” when a new pastor arrives. You already know what changes the church needs—you figured that out in the two hours you were there for the interview. So, to borrow a phrase, “just do it!” There’s no need to get input from anyone else because the facts will just get in the way. After all, it’s easier to be forgiveness than ask permission, right? Act quickly when you get to the new church, and make sure you do so with a minimum of information. People love change, especially when it means they’ll get a new pastor even quicker next time!

Who has the time to learn all that stuff? You are busy doing God’s work. Sure, the pulpit is a hundred years old and several generations have preached there before you, but those people are mostly dead now and long forgotten. You’re looking forward, not backward. The congregation holds hands at the end of worship, which they’ve been doing since the church was founded; but you don’t like holding hands, so, by all means, take that out of the service. Don’t waste your time talking to the old timers and listening to their boring stories. Don’t ask about that old piece of altar furniture before throwing it out. Don’t bother getting to know people in the neighborhood or learning about what life is like in the community around the church. After all, you won’t be here long enough to become part of it, anyway.

You’re a pastor. You’ve been trained to speak volumes about the Scriptures, about church leadership, and about everything that has to do with church. You’ve read all the books, gone to all the conferences, kept up with all the ecclesiastical heavy hitters on Twitter. You know what you’re doing and you’re quick to tell everyone what needs to be done. There’s no problem that you can’t solve, no question that doesn’t have an answer, no decision that you can’t make by yourself. Why bother asking anyone else when you already know so much? What could a bunch of parishioners possibly know about being the church? Speak as much as possible in every meeting and gathering and don’t ask questions—except maybe about when you’ll get your last paycheck.

7. Add less value to the church than you receive from it.

The first thing you looked at when you came to this church was the salary package. You’ve memorized the Scripture where Jesus says “the worker is worth his wages,” and you’re pretty sure that you are worth even more than they are paying you, even though you haven’t proved it yet. Focus your energy on how much you’re getting from the church rather than how much you might give of your energy, effort, and resources to the church’s work. Complain about the financial and material sacrifices you have been making since you arrived. Castigate the people about their lack of faith in giving to the church. Chances are that they will be happy to help you go to another church where you will make the money you absolutely deserve.

So, there you have it—seven keys to making your worst move ever. Oh, and one more piece of advice: Don’t unpack your boxes—ever.