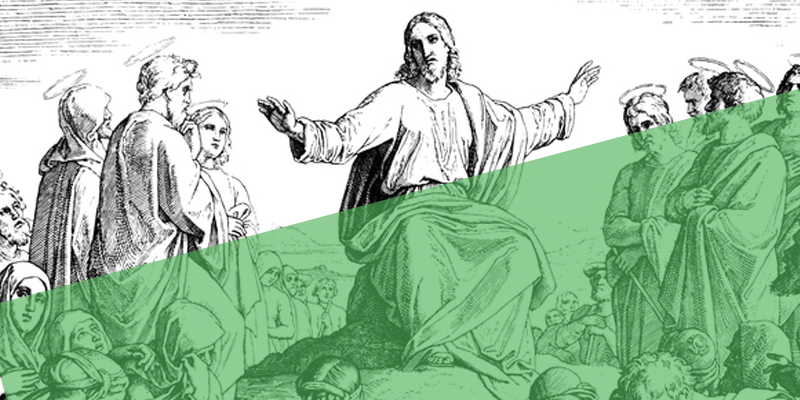 Get The Fulfillment: Jesus and the Old Testament by Timothy Tennent to learn more about how Jesus fulfills the story of God and fulfills prophecy in a special way.

The significance of this point is primarily that it anticipates the divine origin of Jesus and serves as the basis for the beautiful doctrine of the Incarnation. Being conceived by the Holy Spirit, it also explains that Jesus is the Son of God who can provide atonement for sins (Hebrews 7:26). It is worth noting that in its original Hebrew reading and context, Isaiah 7 likely reads, “a young woman will conceive and give birth to a child” and likely referred to the destruction of Aram and Israel in the Old Testament. Under the inspiration of the Holy Spirit, however, Matthew offers a fuller meaning of the text based on Old Testament typology (see this for further discussion).

The people of God were looking for a Messiah that would serve as their king. All of their past kings had failed, both morally and politically. After returning from exile in Babylon, the Jews experienced repeated upheaval, new conquests, and only temporary relief. Therefore, they were expecting God to send someone to come and sit on the throne of David, to throw off their oppressors, and to establish everlasting peace and justice. Jesus was this promised Messiah, but he inaugurated his reign as an eschatological one, which means that it will find its fulfillment progressively through to the end of his age, when he comes to earth the second time.

One of the roles of God’s prophets in the Old Testament was to call to account those who were oppressing the poor. Jesus continued in this tradition. In the ancient near East, there was no middle class, so you were either one of the few social elite, or you lived in relative poverty. In this context, the words that Jesus prayed—“Give us today our daily bread”—had special meaning. Jesus came to announce that God’s kingdom would be inclusive, irrespective of status, and restoring of dignity. As we read in Paul’s letters and the letter of James, the gospel initiated a great reversal of values. Honor and shame, especially, would be redefined under a suffering Messiah. Caring for the poor would become a central Christian virtue and a primary expression of the works that accompany true faith. Jesus, as the Messiah, modeled this concern in unmistakable ways.

Though the original meaning certainly referred to a healing of the spiritual senses, by the power of the Holy Spirit, Jesus broadens the scope of Isaiah’s prophecies by performing signs and wonders. In this way, God’s program for salvation is expanded to include the holistic restoration of people and all of creation. These would serve as signs of Christ’s coming resurrection, which in turn served as a first fruit of the resurrection of our own bodies. All of the physical healing performed by Jesus the Messiah also reveals the nature of God’s character. It demonstrates that he is a God of love who cares deeply for his children and creation.

This act is critical for understanding Jesus because it is one of the few times that he publicly acknowledged his identity as the Messiah, which would have been interpreted as a subversive statement by the political and religious authorities. However, near the end of his ministry, Jesus knows his destiny to suffer and die for the unrighteous and is ready to give himself over to the authorities. Furthermore, as Zechariah makes clear, his riding on a donkey is a profound expression of the humility that the Messiah would exhibit in order to offer the necessary atonement for sins. (Philippians 2:5-11).

Why does this matter? Even though Jesus repeatedly dropped hints throughout his ministry, his closest disciples persisted in their belief that Jesus would establish an earthly kingdom that would throw off their Roman oppressors and restore Israel to its former glory. Rather than establish God’s kingdom in all its glory through judgment, Jesus instead inaugurates his reign by signs and wonders, and by offering the necessary atonement to take care of the sin problem once and for all. For many, especially for Judas, Jesus was a big disappointment. In the view of most people during his lifetime, a Messiah who could be betrayed was no Messiah at all (see 1 Corinthians 1:23). But the wisdom of God, which is foolishness to the world, provided a more universal reach for his grace and kingdom.

Atonement means becoming one with God (again). Sin was the problem that alienated our human race from God and which subjected creation to pain and suffering. The problem with the Old Testament sacrificial system is that it needed repeating; Jesus, however, could offer a sacrifice once and for all, since he was the divine Son of God and could serve as a supreme high priest. In providing atonement for our sins, we can now approach God with a bold humility based on the sacrifice of his son.

Get The Fulfillment: Jesus and the Old Testament by Timothy Tennent to learn more about how Jesus fulfills the story of God and fulfills prophecy in a special way.