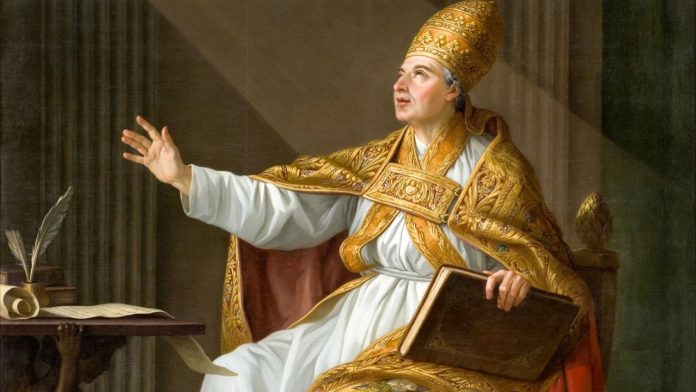 1. Advent is the start of the (Western) Christian year, and begins on the fourth Sunday before Christmas. The word comes from the Latin word adventus—a translation of the Greek word parousia, which means, “coming.” The season of Advent encourages the church to look back and remember the birth of Christ, while looking forward in anticipation to the second coming of Jesus.

3. Originally Advent was not associated with Christmas, and was used instead as a time of preparation for baptismal candidates leading up to Epiphany (in early January).

4. The Synod of Saragossa in 380 AD declared that Christians should use the week before Christmas to be present in church meetings and to prepare, spiritually, for Christmas. Saint Gregory of Tours (490 AD) advised monks to prepare for Christmas: “they should observe fasting everyday during the month of December, up to Christmas day” (Canon 17, Council of Tours). Finally, the Council of Tours (563 AD), the Council of Mâcon (581 AD), Pope Gregory the Great (read his sermon here), and Pope Gregory VII (1073-1085 AD) helped solidify Advent as a liturgical celebration for the Christian year.

5. The liturgical color for Advent in the Western church is purple, while in the Eastern church it is red. The Eastern Orthodox church observes a more solemn Advent season called Feast of the Nativity (or Saint Philipp’s Fast), beginning 40 days before Christmas. Its emphasis on fasting—with the exception of feast days—resembles the mood and posture of Lent.

6. Few traditional hymns are oriented around Advent themes. Some of them include: “O Come, O Come Emmanuel”; “Come Thou Long-Expected Jesus”; “Let All Mortal Flesh Keep Silence”; “Joy to the World.” (Discover psalms that can sung during Advent here; Find a more complete Advent playlist here)

7. The Advent wreath likely has its origins in northern European Yule traditions, and was Christianized around the 16th century in Germany. The modern practice of lighting candles is credited to German theologian-pastor Johann Hinrich Wichern in the mid 19th century, who lit candles to answer the persistent questions of children on whether Christmas had arrived yet (Mary Jane Haemig, “The Origin and Spread of the Advent Wreath,” Lutheran Quarterly). The tradition didn’t reach North America until the early-mid 20th century.