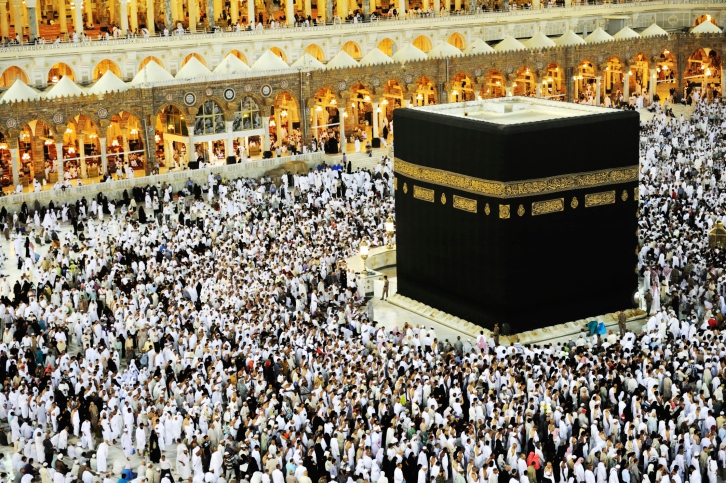 1) Born in Mecca on the Arabian peninsula in 570 AD, Muhammad was a successful merchant before founding Islam. At the time Mecca was an important trading post and center for polytheism, housing the Ka’bah, which contained about 360 pagan deities.

2) At the age of 40, Muhammad allegedly received his first revelation from the angel Gabriel. These continued for several decades, culminating in the collective reception of the Qu’ran in Arabic. No English translations are considered to be true versions of the book.

3) The five pillars of Islam are:

1. The testimony of faith (“There is no true god but Allah, and Muhammad is his prophet.”)
2. Prayer (performed five times a day)
3. Giving Zakat (alms to the needy)
4. Fasting during the month of Ramadan
5. A one-time pilgrimage to Mecca

4) Islam teaches that it is a fulfillment of biblical prophecy (Deut. 18:18-19; Isaiah 42:4; John 1:19-21) and final revelation of God, which supersedes the apostate Jewish and Christian religions.

5) Besides the Qu’ran, Muslims believe that Hadiths, which are the purported teachings and sayings of Muhammad, are authoritative texts.

6) Islam respects Jesus as a one of God’s greatest prophets, though they suggest God saved him from death on the cross and another man was made to look like him in his stead. According to some traditions, Jesus will return to establish justice on the earth.

7) While sects abound, the two main groups of Muslim followers are Sunni or Shi’ite. Sunnis—the great majority of Muslims—believe that Muhammad’s successor should be elected, while Shi’ite Muslims hold that leadership flows through bloodline.

To learn more about Islam, check out Dr. Timothy Tennent’s video series, An Introduction to Islam.

Read all of our Quick Facts series here.