I have developed an obsession. For so long, I’ve watched Jews venerate the Western Wall. They touch it, cry at it, stuff paper prayer requests in the stones, they believe it is the constant center of the divine presence in the world. Rather like St. Jerome of the 4th century—with whom I share some other not-so-sociable traits—I’ve thought it was, well, a

little sad to make such a display over stones, and stones laid by Herod the Great, the creepiest person who ever claimed to adhere to the Jewish faith.

But I’ve developed my own obsession with a pile of rocks, a wall, and it’s considerably older than Herod and the Western Wall, about 700 years older. It’s important because it’s kind of a counter to something I and others often say in class. We usually caution that rather than explosive and revolutionary discoveries, archaeology informs our study of the Bible incrementally and cumulatively, building up a more precise, more nuanced, more full-color picture of the real existence of biblical people. Any OT professor worth his or her

salt will caution that archaeology really can’t “prove” stuff in a single stroke, like a kind of intellectual “Hail Mary” pass or end-run around difficulties.

Except for the times that it does…like it did once in the late 1960’s.

You see, a century of exploration in Jerusalem had produced almost nothing to show for the kings of the davidic dynasty prior to the destruction of the temple in 586 B.C. As great a excavator as Kathleen Kenyon seemed to concur with the belief that archaeology could not point to much in Jerusalem that was pre-exilic and clearly linked to the kings who the Bible claimed had ruled a substantial kingdom from Jerusalem.

Then came the 1967 war. Fighting was fierce as Israeli forces drove Jordanian forces out of Jerusalem and, for the first time, since 1948, the Jewish quarter of the city fell into

Jewish hands. This old southeastern quadrant of the city had been ravaged by war, abandoned in fear, looted and pummeled again and again. Jews were passionate about returning, rebuilding, and establishing an authentic community in the old Jewish quarter of the city.

But just ahead of the construction equipment came…the archaeologists.

Nahman Avigad launched an excavation right in the heart of this part of town, and soon something very important began to emerge from the rubble and debris that had accumulated for centuries. At first they thought it was a small pavement, maybe a private home…but it got bigger and deeper…and soon it was clear. It was a wall. A big one, only its stone foundations left, but those stood 8-10 feet high, over 22 feet wide and was exposed for about 215 feet,  slashing in a curiously curved line from northeast, turning almost due west before being lost under construction already in progress. The dating of the massive edifice was conclusive: late 8th century B.C., the time of King Hezekiah of Judah. Nehemiah 3:8 and 12:38  refer to a “Broad Wall” and

Isaiah 22:10 famously castigates Hezekiah for counting and demolishing the houses of Jerusalem to fortify his wall…and yes, you can see clearly where this wall simply rolls over private homes. Yet more remains emerged…remains of a massive tower and of a second wall about a half-century or so later…

Suddenly what we all say didn’t usually happen, had happened. We went from nothing from the first temple period in Jerusalem to spectacular, monumental construction in a most peculiar spot to provide a striking confirmation of the biblical narrative.

Scholars had to pivot pretty quickly to avoid ending up plastered to the pavement like those houses Hezekiah’s men paved over to build this wall! Other features discovered elsewhere in the Jewish Quarter by Avigad, also datable to his strata 7, 8 and 9, revealed

rather clearly massive, monumental architecture, built in a distinctive style. Some still tried to minimize the importance and extent of this wall, created convoluted projections of its course sharply turning south in a puzzling manner ill suited to the terrain. But nobody could seriously doubt any more that, at least in its latter centuries, the Davidic monarchy in Jerusalem could marshall considerable resources and labor to construct impressive fortifications. In addition, by demonstrating conclusively new fortification of the “western hill” in Jerusalem, Avigad also gave support to the idea of a sharp increase in Jerusalem’s population in the late 8th and into the 7th centuries B.C. Plausibly, Israelites from the now-

defunct northern kingdom could have relocated south, with their elites choosing to settle in Jerusalem. Aware of the threat posed by the Assyrians, Hezekiah chose to protect these new arrivals with this expansion of the city’s walls.

In addition to its great age, this wall also has another feature that makes it a more worthy place of devotion than Herod’s “western wall.” Hezekiah seems to have deeply revered and loved Yahweh, the God of Israel and Judah. The whole reason he had to build this wall was that he drew the ire of the king of Assyria because his religious reforms calling his nation back to its covenant with Yahweh necessarily entailed

no covenants with any other great king. Refusing tribute to Assyria gave him the economic resources to build the wall, but at the same time exposed him to Sennacherib’s retribution. Isaiah did criticize Hezekiah for the way he built the wall, and for an implicit lack of faith, but Hezekiah’s weaknesses simply fade to zero when compared to the psychopathic Herod the Great! So here is a great construction achievement of a good man during a great time in the life of God’s people.

So I go to the Broad Wall almost every day, just to stand there and look at it. I think about Hezekiah facing a national emergency, torn between a faith that simply waits on God and a leaderly passion to act decisively to save the lives of Jersualem’s populace.

Today, this historic discovery is enclosed in a kind of pit, surrounded by apartments, a convenience store, a shop specializing in Jewish calligraphy and even a children’s play area. During Succoth, the booths on the balconies of the apartments overlook the wall,

prompting me to wonder as they celebrate Succoth, do they realize how, just below them, history testifies to the power of their faith? Occupants of the Jewish Quarter stroll by, going about their daily business…are they mindful of the meaning of the stones just under their feet? Tourists pass by, pause…and they raise their cameras half-way, but then realize they have no idea what they are looking at, so they lower the camera and move on to ogle at the Byzantine cardo with its lovely columns and shops selling Dead Sea Mud skin creams.

The Broad Wall actually has one occupant, a jet-black cat. I see this cat almost every day unless there is a big group staring down at the wall. The cat does not like to be stared at. But I stand there, pondering the wall, pondering how the brutal destruction of this area in the brutal 1947-1948 fighting made it uninhabitable, followed by the fighting of 1967 in which it returned to Jewish hands, leading to the fateful decision to excavate here, not somewhere else, uncovered an explosive discovery that added a new chapter to all the textbooks and retired a popular scholarly position to the archives of dead claims. And the cat stares at me. I’ve named him “Hezekiah.” Of course, he might be a “she,” in which case I’ll name her for a lady famous for living in the wall…Rahab.

I hope we can become friends. 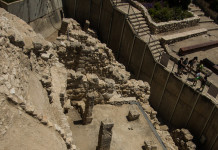 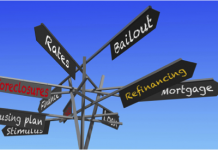 Yom Kippur Diaries 4: Getting My Goat 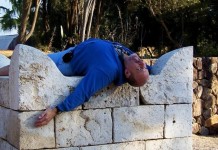 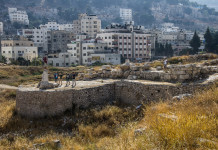