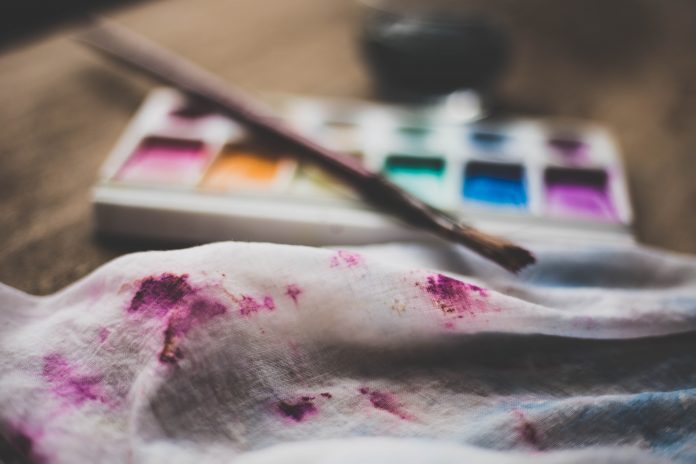 One of the world’s most beloved paintings is Rembrandt’s “The Return of the Prodigal Son”, which is on display at the Hermitage Museum in St. Petersburg.

Imagine for a moment that some men decided to break into the museum during a night of drunken revelry in order to deface various pieces of ‘boring’ art, in their estimation.

Completely oblivious to the value of Rembrandt’s painting, they rip it off the wall, slash the painting diagonally from frame corner to frame corner, pour cheap beer over it, and stomp on the painting itself leaving muddy boot prints ground into the canvas.

When the curators discover this they are distraught, in their eyes what was once priceless has been reduced to nothing more than trash, a dishonor to the masterpiece that communicated deep truths about the world and its artist to many.

Deemed to no longer be worthy to be on display, the tarnished and vandalized painting was put on auction, and people from all over came to bid on this once masterpiece for either bragging rights or sentimental value.

Imagine for a moment that Rembrandt were still living. Seeing and hearing about what had happened to his masterpiece, he was furious and aghast at the complete disregard for what is esteemed to have been the pinnacle of his life’s work.

He sent his representative to the auction to reclaim the painting and when he arrived he encountered men and women who could only see the painting in its present form, bedraggled and disheveled, limply hanging from a frame that it once proudly filled out. As such, they were bidding a pittance on the work, outdoing one another by a few dollars here and a few dollars there. Rembrandt’s representative, however, had clear instructions from the artist and the room grew silent as he boldly bid the full value of the painting from before it had been vandalized, an astronomical sum. The silence was broken by the auctioneer’s gavel and Rembrandt’s representative walked out of the room with the painting and returned it to the artist.

As Rembrandt gazed at his once masterpiece, his heart was full of fury and sorrow, his life’s work reduced to trash by the callous and dispassionate actions of those who could not see its value. And yet, although he was not blind to the slashed canvas, ground in mud, and the odor of stale beer, in his mind’s eye he could still see the painting in its original glory.

And so he began to painstakingly restore the painting, weaving together the painting along the slash line with almost imperceptible thread, although a faint crease like a scar now traversed what had once been immaculate. He painstakingly cleansed the mud from the canvas and where the paint had been distorted by spilt beer he matched the hues from memory and touched it up. After many long hours of laborious work he stood back, sweat pouring from his brow, and simply smiled.

His representative came in and stood shoulder to shoulder with him and admired the restored masterpiece and declared, “Although I believed in the vision you shared with me and was willing to pay the full price to restore this painting to you, I can see it now, the painting restored is even more beautiful now than when you first painted it. The crease through the painting only seems to bring out the motif of restoration and reconciliation from scarcity and separation even more.”

Putting his hand on Rembrandt’s shoulder he said, “You are the greatest artist I have ever known. All well known artists have left masterpieces for the world to appreciate, but you are the only one who I have ever seen restore a masterpiece defaced and destroyed to more sublime beauty than its original form.”

God is an artist, and he created humanity to be on display for all to see, intending for us to communicate deep truths about the world around us as well as the artist who made us.

Like the painting, our lives have been defaced and vandalized by the callous and indifferent actions of people, whether others or ourselves, that betray a complete lack of understanding of our intrinsic value.

As is the way with people in general, all that most others and even we can see are the slashes, stains, and disfigurement that mar and obscure what was always intended to be a masterpiece. However, those who are closest to us catch glimpses of what the artist always intended and comment on the subtlety of a brush stroke here or the masterful blending of colors there.

Unfortunately, we often do not have ears to hear those that elevate words of affirmation and suggest anything remotely resembling beauty or quality within us and so we auction ourselves off to the highest bidder. We are desperate to be affirmed and assessed as valuable, even if the prices that others offer are an insulting pittance in light of what we were always intended to be.

Thankfully, God sent his representative Jesus, who walked into the world’s auction house and observed God’s defaced and tarnished masterpiece being auctioned off for pennies. Informed by a vision of what the painting was intended to be and guided by the desires of the artist he boldly paid the full price for the original painting, silencing every other competing voice. Humanity was the pinnacle of God’s life work, thus Jesus laid down his life in order to restore us to God.

When God looks at us, he is not unaware of the slashes, disfigurement, stains, and odors, and his heart is full of both fury and sorrow at what has befallen his masterpiece. And yet, this is not all he sees. In his mind’s eye, he sees its original form and he begins the work of painstakingly restoring it to its original glory.

Those slashes that we thought would leave us hanging limp for the rest of our lives are mended with almost imperceptible thread, although there will always be a scar. He cleanses the stains and disfigurement with tender gentleness, replacing mottled hues with those in his original design. Rather than diminishing the beauty of the masterpiece, these touch-ups and mending work communicate the original message proclaimed by the painting with greater force and beauty.

Although any master artist, whether Rembrandt, Van Gogh, Monet, or Da Vinci, can leave us with a masterpiece to delight in—it is only the Master Artist who can take a masterpiece once defaced and destroyed and restore it to more sublime beauty than its original form.

This is the gospel. This is good news.

Don’t settle for selling yourself for pennies on the dollar. There is One who has already paid full price in order to restore you to the Artist who made you to be a masterpiece. Your life is far more valuable than even you yourself esteem.

Don’t buy into the lie that all of the ways your life is marred by pain or suffering, whether by your own hands or those of others, have left you as nothing more than a cheap piece of trash. There is a master artist who sees both what has befallen you, but also sees what you were always intended to be. Allow him to restore your life so that all might once again marvel at what his hands have made.

Don’t be disheartened or discouraged if it seems like the restoration is taking time. The degree to which the painting was vandalized will be reflected in the time the artist painstakingly takes to restore it. Each slash, distorted color, and disfigurement is one that the artist feels intimately and nothing less than perfect restoration will do. If you are aware that he has begun his work, you can rest in the confidence that he will complete it with tenderness, single-minded focus, and attention to detail.

I hope that you have ears to hear this story and to find yourself in it. It is a story written for all, excluding no one. It is exclusive in that it is only possible for the original painter of the masterpiece to restore it, because only he knows the beauty it was intended to display by heart.

Let those who have ears to hear, hear the word that the Spirit is speaking.