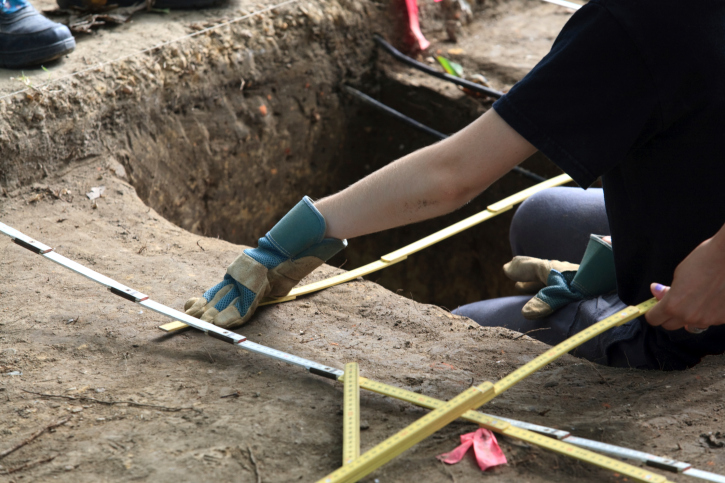 If I heard Dr. Ben Witherington say it once in class, I heard him say it a hundred times: “The text without a context is just a pretext for whatever we want it to mean.”  Studying the Bible means studying an ancient text, a text we are separated from by thousands of years that deals with customs and geography that sound foreign to modern ears.  When I went to Tel Rehov on an archaeological dig this summer, I was hoping to see and learn things that will help me bridge that cross-cultural gap between the context of today and that of the original readers Our group dug in the three Iron 2A layers (10th-9th centuries BC) on the top of Rehov’s lower mound.  These layers date to the time of the United and Divided monarchies in Israel (think Solomon, Jeroboam, and Ahab).  Rehov, while never mentioned in the Bible, would have been a large city in the Northern Kingdom.  Its absence in the text does not mean it wouldn’t have been important to the Israelites of its day.  It suffered two destructions (we think), one by Pharaoh Shishak (1 Kings 14:25-26) and a second by the Arameans (2 Kings 6-7).  The site directors (Ami Mazar and Nava Panitz-Cohen) hoped our season would provide more clues about who lived at Rehov and how Rehov’s chronology played out.

No, we didn’t find any important inscriptions. No altars or golden trinkets either. We did find some large jars, some small juglets, and buckets full of pottery sherds.  We found bones, shells, and flint, all artifacts from the daily life of the inhabitants of Tel Rehov.  We found architecture: walls, floors, burn marks, and tumbled bricks. Sometimes we could see clearly where one stratum ended and another began.  Other times our site directors would scratch their heads and say that they would have to study the layout for a while. Whatever we found, we were immersed in a history we could touch and see for three weeks.  We were as close as we could get to the context of our Biblical story. I am very much a visual and a hands-on learner, and so having the chance to jump into a dig site where I could see the burn marks from the Aramean destruction, trace the lines between the mud bricks with my fingers, and become covered from head to toe in 3,000 year old dirt was a golden opportunity for me.

“I gained more from the dig than calluses and a tan.  I gained an image of what life was like in the Israel we read about in the Old Testament.”

I saw what their houses were made of, how wide their streets were, what they stored their food in, and what was left over from last night’s dinner.  Remember that story about Elisha and the widow?  He told her to collect jars from her neighbors and fill them with oil so she and her children wouldn’t starve.  Now I have a pretty good idea about what those jars looked like. Of course, my time in Israel wasn’t all work.  Our weekends were packed full of site-seeing in Galilee, Jerusalem, the Dead Sea, and many more places.

Talk about seeing things in context!  I saw the fine details of daily life in Israel at Rehov, but on our tours I saw sites that have profound impact on our faith even today. I now have images imprinted in my mind of where Jesus would have sailed across the Sea of Galilee or where Elijah would have duked it out with the prophets of Baal on Mount Carmel.  I saw the same landscape David would have seen as he hid from Saul at En Gedi.  I stood near where Paul probably was kept under lock and key for two years at Caesarea Maritima. I saw what Jerusalem looks like from the Mount of Olives.  After I returned I heard a pastor telling the story of Jesus entering Jerusalem on a donkey as he rode across from the Mount of Olives.  I could picture the scene in my mind, not in the idealized Sunday School fashion I’ve always imagined it, but a little more accurately, a little more like it actually would have looked to Peter and John.

So, why should you go to Israel, dig at an archaeology site for three weeks, and see yourself covered in more dirt than you could ever imagine?  Two reasons: faith and passion. Dr. Sandra Richter said in class that archaeological discoveries often don’t make the Bible provable, but they do make our Biblical story probable.  My faith has been strengthened by what I learned in Israel.  Our story can be supported by archaeological finds.  Any pastor would do well to strengthen his confidence in the text by spending some time in the context of the text. The faith has taken immediate effect in my life, but the passion will hopefully show itself in my future ministry.  Anyone who sees the sites in Israel should return home telling the stories of the Bible with fresh vigor.

“Traveling in Israel can make one excited about anything in the Bible, from mundane details to crucial passages.  That excitement will spread into sermons and Bible study lessons and papers.  Who knows, it may even spread into the lives of the people you minister to.”

If you can, I encourage you to go to Israel someday.  In the meantime, pay attention to the archaeological side of Biblical studies.  Keep yourself as close as you can to the context of the Bible, so that you can tell the story with accuracy and zest.