Are Natural Disasters the Will of God? - Seedbed
close
Menu 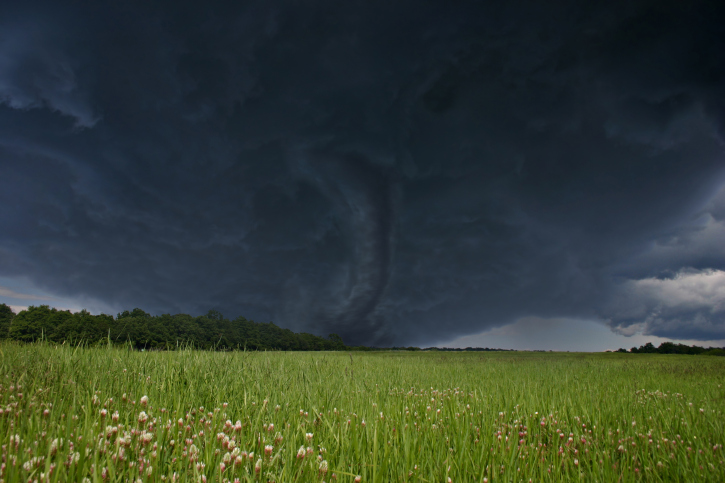 In the wake of these storms we asked several Asbury Seminary professors “Are natural disasters the will of God?”  We wanted to share their thought-provoking answers with you.

“On the theological level, we know that suffering and catastrophe can occur in a complex physical order governed by laws of nature that operate independently of what human beings will or wish.  Many hours can legitimately be spent pondering this fact and arriving at some key insights.  Short of a total answer, one of those insights is that the physical is the realm where free moral and spiritual beings meet, touch, and love, a realm where beauty, pleasure, and delight also arise.  Shifting, then, to the preeminently important the pastoral level, we know that God in Christ thought it no offense to enter the physical order as a first century human and live and walk among us, aware of our hopes and fears as well as our pleasures and pains.  He clearly taught that suffering (such as blindness) or fatal catastrophe (such as the tower falling) are not punishments proportioned to the sinfulness of the victims.  Instead he taught that such events are opportunities for God to work—to comfort and to draw people to himself.  In every case of human suffering, we need to live out this teaching.”

“God does not will the death of humanity, whether by natural disaster or in another form.  He longs for every person to be saved (2 Pet 3:9).  At the same time, we live in a world that has been broken by sin.  We sometimes think that such sin is only personal, but we actually live in a broken cosmos.  This is one of the reasons that Christians look forward to the creation of a new heavens and a new earth where everything will be right with the world (2 Pet 3:13).  Natural disasters are an opportunity for the body of Christ to demonstrate the love of God through works of mercy, but they should not be an opportunity for Christians to stand from afar pronouncing judgment on those who suffer.”

“Natural disasters seem to be a logical outcome of a fallen world—this world—rather than the intentional design of a loving God of the sort postulated by Judeo-Christianity. However, the assurance of God’s presence in the midst of suffering, and the trust his word engenders in the suffering believer, inspires a living hope in the promise of his redemptive intervention.”

-Joseph Okello, Assistant Professor of Philosophy of Religion and Ethics

“When the Bible speaks of God directing the winds and controlling the weather, this imagery is intended to celebrate the supreme power of God, which vastly dwarfs the power of any created force. But to say God is utterly powerful over nature is not at all the same as saying God manipulates nature or directly causes every weather event. The belief that God directly causes every event in nature or human life is known as the doctrine of ‘meticulous providence’ and not only is not taught in scripture, it makes any serious belief in an all-good, all-powerful God virtually impossible to maintain. The Bible reveals a God who has created the world gifted, by his grace, with its own inner powers of fertility, energy and change, all of which function according to their own inner laws, implanted there by the God who created them. Even though the creation was wounded by sin, knocked off its balance and subjected to death, this does not mean that God now must directly cause every event. If these natural disasters such as hurricanes, tornados and earthquakes express his judgment, then God has lousy aim, since these events harm as many faithful Christians as non-Christians. We live in a world where natural disasters and tragedies simply happen. God’s power is seen when he meets suffering in the midst of tragedy, and most clearly when his church embodies that redemptive power and compassion in the midst of suffering.”

“We, human beings, do not understand numerous things about God and the world that he has created; our lack of understanding results in anger, puzzlement, gratitude, or hope.  Evil is a problem at every level for Christian thought.  Unfortunately, much of what I read and hear from Christian leaders is a reductionistic response that disproportionally focuses on the origin of evil.  For example, Genesis 3—a biblical text often cited in this conversation—points out the entry of evil not the origin of evil.

Natural destruction and disaster are obviously part of a world that the Creator God has designed.  So, does God cause these things to happen?  Well, yes and no.  This is not an ambivalent answer, it is a truthful answer.  Biblical texts affirm the sovereignty of the Lord over everything seen and unseen including, naturally, elements of nature on numerous occasions (e.g., the flood in Genesis 6-9).  However, the measurement of each destructive action of nature is not as clearly indicated in Scripture.  Those who say otherwise gravitate to simplistic, reductionistic answers that proffer the judgment of God in many instances in which God responds in like manner as he did to the comforters of Job:  your explanations are wrong or misleading.  To say that each natural disaster is accompanied by a curse or judgment of God has an element of truth; but either conclusion, in the words of Christopher Wright, ‘seem to me dangerously misleading when pressed into service as full explanations.’  Natural disasters are not inherently signs of God’s judgment.  I believe this is one of the central correctional teaching points found in Jesus words when he explains that the natural disaster of the collapse of the tower in Siloam, which killed eighteen people, was not intended to bring judgment (Luke 13:4-5).  Conversely, when we see or hear of natural disasters, we should take the time to reflection on the fragility of human life (indeed all life) and from a biblical, theological perspective assess the worth of human life in terms of the dead and the living who suffer as a result of the disaster as an opportunity to share the good news of salvation through Jesus Christ.”

© Seedbed 2021
Are Natural Disasters the Will of God?
MORE STORIES