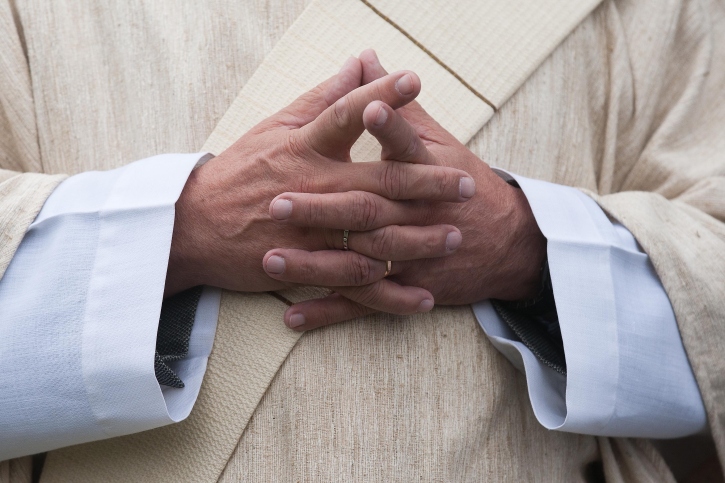 Rumors were swirling about the lead pastor. Several congregants had shared with me, the associate pastor, their concerns about a pattern of behavior from him they feared was harmful. Ninety-nine times out of one hundred, I keep those conversations to myself, but something was different this time. I too was becoming increasingly uncomfortable. There was a pit in my stomach. I was losing sleep. Someone needed to say something. Someone needed to ask him what, if anything, was going on.

As a good associate pastor, I understand my subordinate role in the staff structure. I recognize the lead pastor as the one appointed by God through the Bishop or search committee to shepherd the flock I serve, and I defer to his or her leadership.

I soon came to realize God is no respecter of staff structure though, and was calling me to bring these concerns to the lead pastor. So, one day after a staff meeting, I asked if he and I could talk with one of our colleagues, whom I had earlier invited to stay, in the room.

As I reflect on that difficult season of ministry, I am reminded of Samuel and Nathan, two Old Testament priests who were called to speak a difficult word to their leader. Both witnessed the one appointed by God to lead his people, melting down before them. Each then stepped from his subordinate role to share his concerns with his king.

Samuel addressed Saul’s disobedience of God’s direct orders, and his attempts to draw attention to himself rather than God. After a sleepless night of prayer and a churning stomach (1 Samuel 15:11), Samuel dared to ask Saul to consider his leadership in light of what God had called him to do. Samuel spoke the word of God into Saul’s life. In the hierarchy of the kingdom Samuel was out of line, but someone had to say something.

Nathan confronted David with his attempts to cover up his affair with Bathsheba. Appealing to David’s sense of justice, Nathan crafted a story about a wealthy shepherd rustling sheep from a shepherd of one. David, with his ire raised at the sheep-rustler, asked who had done this awful thing. Nathan must have been shaking in his sandals when he uttered, “You are the man” (2 Samuel 12:7 NRSV). In the kingdom hierarchy, Nathan was out of line speaking to the king this way, but someone had to say something.

Like Samuel and Nathan, I felt called to step from my subordinate role into this priestly one. As an associate, God may also call you to speak his word to your lead pastor.

Before you rush off to write a story about sheep-rustling though, consider several issues their stories raise:

Samuel and Nathan were called by God to speak. Samuel spent a long night in prayer before going to Saul. You ought to do at least the same.

Do not bring every complaint and rumor you hear to your lead pastor. In almost 20 years as an associate pastor, I have only done this once, and hope to never have to do it again.

They put their jobs on the line.

You will too. When I became convinced I would sleep better unemployed than shirking this responsibility, I knew it was time.

They went directly to the king.

Both Nathan and Samuel addressed their concerns with their leader. You will be tempted to find an alternate, more comfortable means of dealing with the situation, like bringing it to the Staff-Parish Relations Committee, the Board of Elders, or the court of public opinion. Don’t. There might be reason to bring a committee into the process later, but start with a direct conversation.

They went alone, but I wouldn’t.

I entered the conversation that day hoping to squelch the swirling rumors and/or help the lead pastor change his pattern of behavior. Neither happened. The situation followed the path it likely would have followed with or without my intervention. Approximately 12 months later, the congregation was facing a crisis.

I do not know the effect my words had upon the lead pastor, other than I’m fairly certain he thought I was out of line. Unlike David’s response to Nathan, there was no confession nor repentance. I am certain though of the effect that moment had upon me. As the situation escalated, I was able to speak with denominational leaders and help lead the congregation through the crisis with my integrity in tact. I knew I had done my part, what God had called me to do.

If the time comes when you need to speak into the life of your lead pastor, and I don’t wish that upon anyone, follow the example of Samuel and Nathan. Have the courage to step out of line, share what God is leading you to say, and trust God with the results.