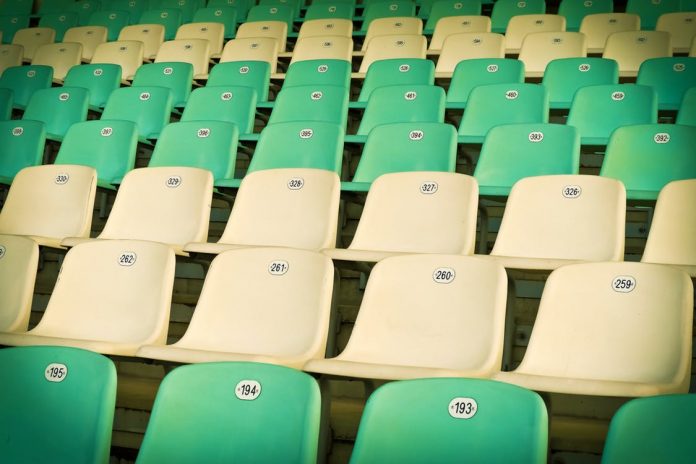 Author and blogger Mark Manson tells the story of a young guitarist in an up and coming rock band who was fired by his fellow band members. They bought a bus ticket and sent him packing. No questions asked.

That guitarist was Dave Mustaine, who would go on to become the lead guitarist for the legendary heavy-metal band Megadeth and sell over 25 million albums. He showed them, right?

The only problem is that the band that kicked him out was Metallica, who sold over 180 million albums and is mentioned in conversations around all-time greatest rock bands. Mustaine spent his life pursuing his love of music, but measuring the success of that pursuit by a singular, narrow metric: be better than Metallica. He lived a sad and disappointing life.

We are all facing the challenges of leading and guiding an American church that has existed within a primarily institution framework for the better part a century. The church that was once central and vital has become of secondary, if not of tertiary importance, in most people’s lives. Face the facts: Christendom is gone, and it’s not coming back.

At a recent pastor’s training, a bishop in the conference put my feelings into words: “Attendance is a second or third tier, lagging indicator of a person’s success in ministry. Stop using it to measure both your success and failure.”

To be clear, this isn’t a bash against churches that have large worship attendances. Ronald Rolheiser rightly points out that “we are destined to spend eternity with billions and billions of other people. Worshiping in large groups is a good way of getting some practice at this.” And it is plain enough in Acts alone that some attention to the numeric growth of the church isn’t necessarily a bad thing. I’d put it somewhere every Christian in history would see too if “three thousand were added” to my congregation in a day (Acts 2:41).

But I expect Luke would agree that we stand to learn a great deal more by paying attention to the modes of ministry that brought about that growth than to the volume of it. My concern is that “how many” has become synonymous with “how healthy” in church leadership, and most congregations are threatened with the prospect of becoming Megadeth to the Metallica of larger, more “successful” churches.

If we don’t want to look back on a sad and disappointing ministry, we need to define success in it differently. The reality is that our work is difficult to measure. It’s hard to quantify (and sometimes qualify) spiritual growth when our most meaningful interaction with the majority of our congregation is during a monologue on Sunday morning.

Now, my critique of our current metric success is not permission, or even a concession to say that each church can have its own, individualized metric. If anything, Jesus crucified all other metrics of success and imparted God’s metric through God’s Spirit.

What I can say with confidence is this: we will only be as successful in ministry as our metrics for success are biblical. We are in desperate need of recapturing what it means to be the church not on modern terms, or relevant terms, but on biblical terms.

Maybe our success could be measured by our willingness to crucify our metrics. Maybe success means leading our people to crucify their metrics. And maybe success is a measure of our communal, corporate capacity to receive God’s.

We could play “what if” all day, but the reality is that we won’t start using different metrics for success until we stop using our current broken ones. The good news is that you can do it, and you can do it today. So get going.