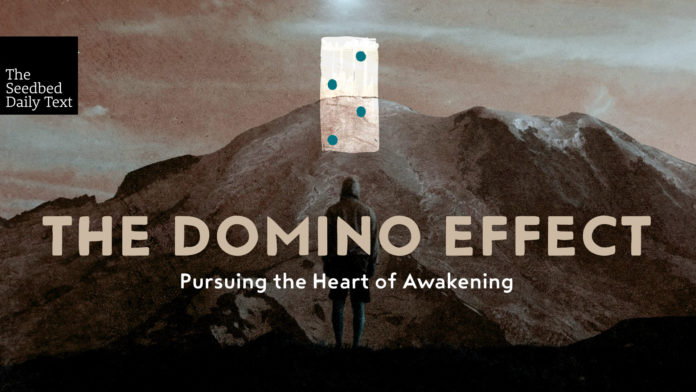 Do not let anyone who delights in false humility and the worship of angels disqualify you. Such a person also goes into great detail about what they have seen; they are puffed up with idle notions by their unspiritual mind. They have lost connection with the head, from whom the whole body, supported and held together by its ligaments and sinews, grows as God causes it to grow.

A wise professor of theology once remarked to me to beware of people who profess special revelation from God. He said the more “spiritual” things get, the more dangerous and even demonic they become. Today’s text reminds me of that conversation so many years ago.

One of the challenges these early churches dealt with was the heresy of Gnosticism. Gnostics claimed they had received special revelation from God. This knowledge set them apart from ordinary Christians and became a source of power and elitism for them. Such a person also goes into great detail about what they have seen; they are puffed up with idle notions by their unspiritual mind.The irony is how these people, whom Paul calls “unspiritual,”  become known as ultra-spiritual people.

Paul warns the Colossians and he warns us today to be wary of super-spiritual people and super-spiritual communities. These people and groups tend to define themselves not by the revelation of the gospel common to us all, but by extra revelations and special teaching. You have to go there and to them to get it. Only certain teachers and leaders are anointed to share it. And because it often gets framed in orthodox biblical categories and the language of supernatural dimensions, it can be so alluring and seem so right.

Paul said one of the hallmarks of such persons and communities is false humility. People who “delight in false humility” do so by putting themselves on a higher plane than others. They claim to be humbled to receive such revelation, which ironically serves as a veil to mask their pride in being so chosen.

The hallmark of real Christianity is not elevation but descent. It is not revealed through people who venture higher up, aspiring for more spiritual experiences, but those who journey downward, ever increasing their experience of loving and serving others.

They have lost connection with the head, from whom the whole body, supported and held together by its ligaments and sinews, grows as God causes it to grow. (v. 19)

That’s Domino #2/18; another warning sign: beware the super-spiritual. They tip all right, just not in the right direction.

Abba Father, we thank you for your Son, Jesus, in whose image we are made and on whom we fix our gaze, for it is only in beholding him that we can become like him. I renounce my own quest for super-spiritual status. I want to be a holy human being, one in whom you are pleased to dwell and through whom you delight in revealing yourself. We pray in Jesus’ name. Amen.