Blessed are the Poor In Spirit - Seedbed
close
Menu

The Word of the Lord from Matthew 5:3
“Blessed are the poor in spirit, for theirs is the kingdom of heaven.”

Recently, my pastor began a sermon series on the Beatitudes. It’s funny how often things become thematic in our lives, and as someone who does not believe in coincidences, I recognize those themes as evidence of God’s hand at work. He leads and guides me through these themes, and they become the stuff of life lessons for me. My pastor’s sermon reminded me of a recent lunchtime conversation with some colleagues in ministry. We talked about what it meant to be poor in spirit.

So often, we use this Christian jargon. The problem with jargon is that the majority of people don’t really know what it means. The term, “poor in spirit” is a perfect example. Obviously, Jesus was not talking about financial poverty. What is this poverty of spirit? Most scholars agree that it refers to those who are not spiritually arrogant. What does spiritual arrogance (or the lack thereof) actually look like?

Galatians 6:3 says, “For if anyone thinks he is something when he is nothing, he deceives himself.”

Sometimes, as Christians, we can get really good at navel-gazing. We can get so caught up in the busyness of everyday ministry, that we fail to see the people. One thing that I have often noticed is how easy it is to be so surrounded by church people that we never even encounter the outside world in a meaningful way. For me, the most important question has become, “What am I going to do about it?” I greatly desire to help people open their eyes to the hurting people around them, particularly those who are the most vulnerable in our society.

Social awareness is something that is best instilled in a person from childhood. So, I decided to begin with my own twelve-year-old son. But, how can I teach a child to see the people around him? I decided to use our family Sabbath day to plan a field trip in an urban setting. I used the guise of taking him to a place that used to be a slave market in order to teach him something about American history and how our society treated people who are made in God’s image like they weren’t human.

My son and I traveled to a downtown retail area, and set out walking. We had lunch at a local eatery. As we ate our fancy meal on bistro furniture out on the city sidewalk, homeless people walked by holding signs. I purposefully didn’t react, but watched my son. It was hard to watch the pained look on his young face as he struggled to swallow that bite of salad past the lump in his throat. He gazed at a man’s cardboard sign and looked sadly down at his own food.

After we finished lunch, I took him on a walk around downtown. I watched him carefully as we looked at the sights. I pointed out all the awesome shops, taking special care to point out the consumerism and lavish expense of the things we saw. I pointed out people who were shopping, and we talked about how they were all normal people, just like we are. Yet, at every turn, I saw him notice the raggedly dressed ones. I saw him gaze at men and women who were carrying all their earthly possessions in backpacks and grocery carts.

Finally, we ended up walking past the city library–a favorite gathering place for the city’s homeless population. I knew they would be there. I have been there before, sitting with them and talking. His eyes locked on a group of people sitting there, and he came to a full stop on the sidewalk. I looked at him and nodded my head. He asked me, “Mom. Are those people…um…?” I looked at him gently and said, “Yeah. They’re homeless.” He looked at me with tears in his sweet little eyes.

That’s when I locked eyes with him and said, “Son, I brought you here today for that very reason. You’ve seen all the people just like us, who were shopping and eating, working and going about their lives. They never even look at or acknowledge the most vulnerable people in society. They treat them as if they are contagious, dangerous, and less than human, just as we treated slaves. Even though they are right here among us, no one ever sees them. They don’t want to see them. Son, I want you to never ever stop seeing them. If we don’t see the needy, how in the world can we hear the cry of the needy?”

My son is now determined to be an entrepreneur so he can give jobs to the homeless and provide them with affordable housing. I support his dream and pray that the Lord might bring it to pass. He restores my hope in humanity and the future.

My pastor said that “Blessed are the poor in spirit” means “Blessed are those who are not so full of themselves that God can’t get in.” I say that God gets in when the blessed, with tears in their eyes, see the vulnerable and long to help.

~ Patricia Taylor is the Editorial Assistant for Seedbed and Editor for the Soul Care Collective. 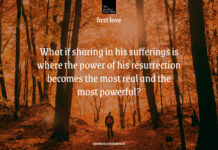 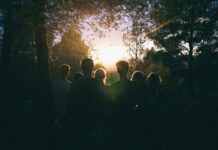 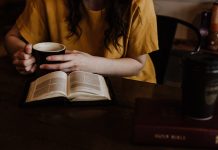