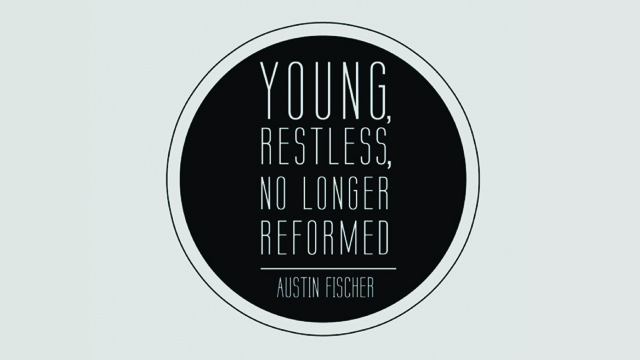 Many young Christians throughout the last decade have been on a similar journey. They have faith in Jesus Christ, a passion to share God’s love with the world, and a desire to grow deeper spiritually. As they seek to grow, they encounter writers like John Piper, David Platt, R.C. Sproul, and J.I. Packer who challenge them to exchange a comfortable middle-class American gospel for a gospel that magnifies God’s glory. These Christians go to Passion conferences, listen to Lecrae, and fill rooms on college campuses at RUF and Campus Outreach gatherings. These young Christians are on a journey towards Calvinism.[1]

The journey towards Calvinism, New Calvinism, Neo-Calvinism, Neo-Puritanism, Reformed theology—whatever you prefer to call it—is one that I was on throughout college. As I journeyed, I discovered the centrality of scripture, the depravity of humanity, and the beauty of the undeserved grace of God. Yet, I never arrived at the destination of being convinced that the Reformed understanding of God and his work in this world was true.

Austin Fischer, author of Young, Restless, No Longer Reformed, did arrive at this destination. When he arrived, he soon discovered a God who was primarily concerned with glory—a God who valued self-glorification even above the salvation of others. Austin discovered a God whose nature and work in the world did not connect to the ways humans conceived of love, justice, and goodness. Ultimately, he found himself in a relationship with a God who didn’t look like the Jesus found in the gospels. And so he began the challenging task of leaving one destination to journey towards another unknown one.

Fischer narrates this journey—into and out of Calvinism—in his newly published book Young, Restless, No Longer Reformed. Fischer’s journey will engage readers of all theological persuasions, but it is his theological arguments for leaving Calvinism woven throughout his narration that will force readers to set the book down after each chapter and ponder the questions, “Who is God?” and “How do I know?”

All of Fischer’s arguments push toward one question: “Does the God of Calvinism accurately depict the God revealed in Jesus?”

Relying on scripture and theologians such as Jürgen Moltmann, Richard Hays, N.T. Wright, and Karl Barth, Fischer addresses the nature of God, election, sovereignty, and love. He argues that the God whose character and heart are revealed in Jesus does not exist for himself and his own glory. God does not meticulously ordain every action in the world—including evil and sin. God does not knowingly create people who will be damned for sins they have no choice but to commit so that the fullness of his character can be displayed.

Instead, Fischer contends that the God revealed in Jesus creates, is mangled on a cross, and offers redemption to all out of endlessly self-less love. God does not contribute to evil, sin, and suffering in the world, but rather emptied himself in Jesus and entered into the world’s brokenness in order to heal it. And this self-emptying continues as God grants a level of freedom and control to his creation so that humanity’s love back towards him is freely chosen.

Throughout his insightful and clear engagement with these thorny issues that have pierced Christian communities for centuries, Fischer writes with humility and confidence rather than swagger and certainty. He recognizes that we are not to master divinity but to let divinity master us. Perhaps he, like myself, recognizes that if it weren’t for his Reformed friends, he wouldn’t be where he is today on the path of discipleship.

Young, Restless, No Longer Reformed is a book that I wish had been written years ago. But I’m thankful that I can give copies to others now, particularly those on the familiar journey.  Fischer’s book is one to be read by all Christians who are looking to deepen their understanding of God—young, old, Reformed, Arminian, or somewhere in between. As A.W. Tozer once said, “What comes into our minds when we think about God is the most important thing about us. … We tend by a secret law of the soul to move toward our mental image of God.”

[1] See Colin Hansen’s Young, Restless, and Reformed (Crossway, 2008) or Time’s article on “The New Calvinism” for more details about this modern incarnation of Reformed theology.