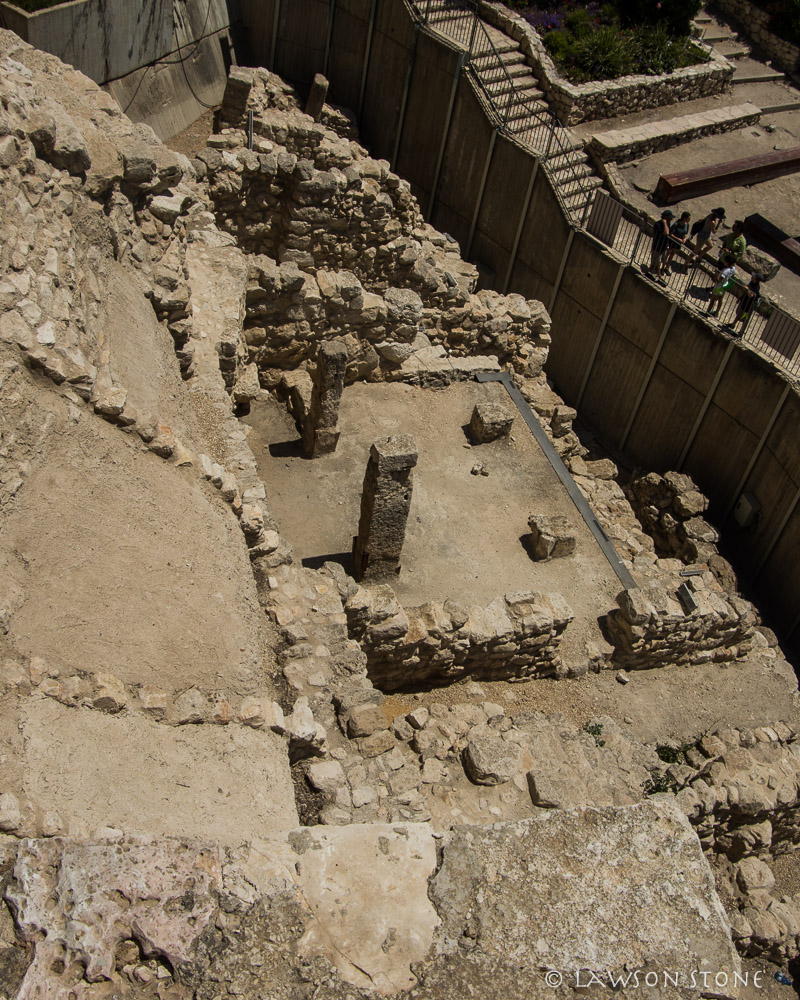 So I’m back in Israel, with students from Asbury Theological Seminary, and we’re soaking up the experience of studying the Bible “on location” at Jerusalem University College. So many things now are familiar, so many sites and

sights well known, sounds and smells completely congenial… you’d think by now I’d be all blasé about the experience. Not taking many pictures because, hey, I got great shots of Hezekiah’s Broad Wall last year or I saw that with nobody around and got good pictures… but no, just like always, I’m snapping pictures all over the place and going through camera batteries like Lays potato chips.

Jerusalem does that to you. No matter how many times you see it, you find yourself going to the same places, noticing the same things, taking the same pictures.
Why?

It would be easy to digress on how nuts we Americans have become about taking pictures. We take pictures with our little smart phones, we take video of everything, we Instagram, we Facebook, we Tweet, all with pictures and videos. We love pictures of ourselves blocking the view of otherwise impressive sights. I saw some guys yesterday walking through Hezekiah’s tunnel taking selfies. Now realize, Hezekiah’s tunnel is DARK. A selfie in there is literally a picture of your face in bad light. But they were doing it. Everybody was doing it. Heck I even took one! Then deleted it. Then felt ashamed.

But I don’t want to fall into the usual grumpy speech about all the picture-taking we Americans engage in. That’s not what I’m feeling is going on here.
There is something about some places and some people… a connection. Some places grab us viscerally, invade our private places of the soul, possess us. They make us think about things, see things and hunger for things that we often allow to fall into the background. Pre-moderns considered such feelings signs of the presence of the gods, and labeled such places Holy. Whether it’s a medicine wheel in the remote Rocky Mountains or the Church of the Holy Sepulcher, some places have that quality of seizing our innermost being. You can tell because religions come and go in a region, but the same places are considered holy. Something…or Someone…bigger than religion is here. Once when my family was vacationing in the Rocky Mountains, we were looking out on a heart-stoppingly beautiful scene. I was snapping pictures, looking for just the right angles, complaining about the light, wishing people would get out of the way, generally spoiling the moment for everybody! My daughter, who was only about 10 at the time, brought me to a stop with one simple sentence:
“Daddy, you’ll never be able to take a picture of this feeling.”
She was right. So this year, I think there will be several times when I’ll put the camera away, and just feel. Just let the holy places do what they do best, re-writing the emotional, sub-verbal script of our minds and souls.
These days, photographers don’t call pictures “pictures.” We call them “captures.” Someone will say “Hey, that’s a great capture of the Mount of Olives.”
This year, I want to be… captured.