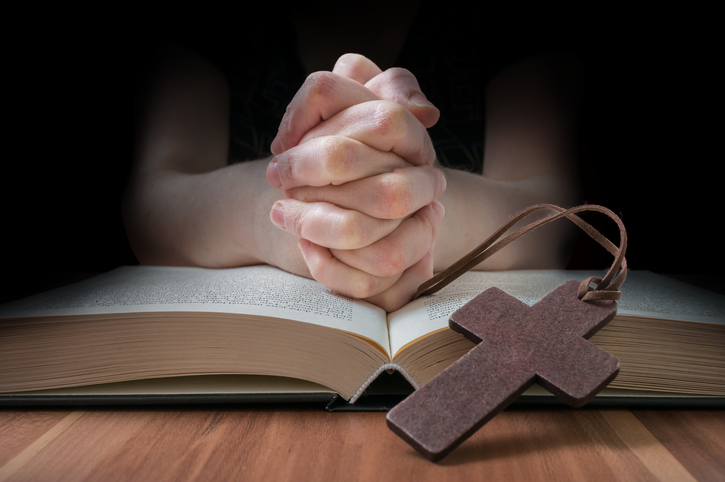 A radio interview I half-heard this morning triggered a memory from forty years ago. I was sixteen then and about to start a two-year course in high school studying Mathematics, Physics and Chemistry. I had chosen the subjects with the grand ambition of becoming a medical doctor but already my confidence was waning. Not only was I highly unlikely to gain the top grades needed for a university place to study medicine, but I also had to face the fact that I might not be suited to such a career. This sad truth had been brought home to me with great force as I hit the terracotta tiles of our school cookery classroom floor. If I fainted during a demonstration on how to gut a chicken, how would I deal with the blood, guts and gore of surgery?

I had a fall-back position. Alongside my three main subjects, I was also studying Religious Education and loving it. Could a career in the church be a possibility instead? Could I focus on cure of souls instead of cure of bodies? I spoke to a Christian leader, teacher and friend whom I greatly respected. What were the top places to study theology? How could I best offer myself for some sort of ministry?

His response (I shudder now to remember, and I guess he would too) was that if I felt such a calling, my best option was to marry a Methodist minister! It was terrible advice (not that being married to a Methodist minister is terrible—we’ll discuss more about that later), but even back then (1976), women were allowed to study theology at university and bible college and, indeed, the Methodist Church in Britain had just begun to ordain women.

Strangely, I don’t remember being outraged at the time. Maybe something in my yet-to-be-liberated self wondered whether women were really supposed to speak in church or not, but events suggest that I didn’t take him at his word either. After scraping mediocre grades in the sciences, I went to Durham University and studied Theology for three years with such great scholars as Professors C. K. Barrett and C. E. B. Cranfield on the staff.

“CK” as Barrett was affectionately known throughout the department, had himself completed a degree in sciences before transferring to theology, so he considered my studies an entirely appropriate grounding. I, on the other hand, found myself embarrassed and struggling when, unlike my fellow students who had taken more school courses in religion than I had, I hadn’t heard of Athanasius and didn’t know how to pronounce Josephus! I very deliberately married a math teacher, but he later became a Methodist minister.

The idea that a girl about to set out on a career should try to find fulfilment through her husband’s calling is rightly shocking to us today. Looking back, I give thanks that things have moved as they have in the past forty years. Yet, there is still so far to go, and I am not sure we are always moving in the right direction.

Chatting recently with a woman roughly my age who is in a senior position in the Civil Service, I asked her about gender equality and how things had changed during her working life. She is one of only eight women amongst forty people at her level in her department. “But things are getting better?” I persisted. It seems not. In the mentoring work she does with younger female members of staff, she reported a strong anti-feminist feeling amongst the women. Yes, amongst the women. More and more female graduates were, in her experience, expressing a desire to go “so far but no further.”

We discussed this for some time. Did it constitute recognition that the glass ceiling of sexism was still there, so better not to bang your head against it? Or, was it complacency, born of not having to fight the battles fought by earlier generations? Perhaps it was even a scenario to be blamed on the “Great British Bake-Off” and other TV cookery shows which represent turning out a perfect cupcake as the height of achievement. We both confessed to having felt the urge to challenge younger women obsessed with the domestic skills our generation tried to shed to “forget the baking and go and chain yourself to some railings!”

So, how would I answer a young woman inquiring now about a career in theology/ministry? How would you? Perhaps our answers would be no different whether it was a young woman or a young man inquiring. But perhaps it would, just a little. Theologically trained women and men are both needed urgently by the Christian church worldwide. We need women and men who will learn to read the Scriptures in their original languages and then share with us all the insights gained in every tongue and accent. We need women and men who will delve deeply into the nature of God and the life of Christ and share with us what it means to love mercy, do justly and walk humbly with our God. We need women and men who will write good theology and lead us further into the mystery of God. But, looking at the names on my bookshelf and the governance structures of my own beloved Methodist Church, perhaps, in order that the fullness of God might be more truly discovered, we especially need women to do all these things. Go for it, girl!