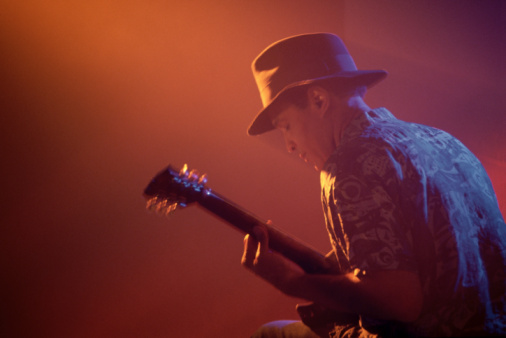 A few years ago I was speaking with a middle-aged youth leader (that I had never met before and have never seen since) who was in town to present at a conference. In a casual conversation he ranted about how “old people” selfishly didn’t care about reaching new people and went on to say (this is verbatim), “The worship in heaven is going to be contemporary.” 23-year-old-me died inside a little bit. I thought to myself, “Dear God I hope not.”

Many Christians of my generation and younger (I am 27 now) have been a part of a surge of energy that seeks to reclaim the historical hymnody of the church. We have grown up in churches that played contemporary worship songs because “young people” liked them while we, the young people, scratched our heads wondering why we don’t sing awesome songs like “O For A Thousand Tongues To Sing” anymore.

In recent years I have met many other young adults that share my opinion on worship. We love the old hymns. We love the responsive readings. We love to publicly affirm our faith by reciting the creeds. We desire to come to the communion table as often as possible so that we can take of the body and blood of Christ, just as Christians have been doing for 2,000 years.

The defenders of ancient liturgy begin by arguing, rightly, that what the church prays, the church believes (lex orandi, lex credendi). Therefore, they say, that the weak lyricism and bad theology of modern worship songs is inherently harmful to the body of Christ.

However, always the contrarian, I have become a bit perturbed by the way that many people talk about contemporary worship. This dismissive attitude becomes ultimately unhelpful because it assigns generalities to an entire genre of music. This is like the people who say that “country music is terrible” because they don’t like modern pop-country musicians like Taylor Swift or Rascal Flatts. To make this broad sweep leaves out classic music icons like Johnny Cash, Loretta Lynn, and Willie Nelson. It also dismisses modern alternative country musicians like Lucero, Mount Moriah, or even country/folk revivalists like Iron & Wine or The Avett Brothers.

In holding up the problematic theological statements and poor lyrics of a few songs they often ignore the many wonderful modern worship artists that are reflecting upon our ancient faith in profound and beautiful ways.

I’d also like to point out that the mere fact that hymns are published in a hymnal does not make those songs any more sacred or theological than a song written two years ago by someone who likes to play the electric guitar. There are many hymns that are as poorly written and as theologically problematic as any contemporary worship song (might I remind you that “Onward Christian Soldiers” and “The Battle Hymn of the Republic” are both in the United Methodist Hymnal).

At this point I would like to direct your attention to bands like Gungor, The Brilliance, The Welcome Wagon, and John Mark McMillan. They are all writing interesting and theologically rich worship music.

These artists may not self-identify as contemporary Christian musicians, but it can be reasoned that they would not have made the music they are making without the influence of their CCM predecessors. Michael Gungor got his start writing CCM songs (he co-wrote “Friend of God” with Israel Houghton). The Welcome Wagon has covered a David Crowder Band song. They may be separate from the contemporary worship music, but they are profoundly influenced by it.

I recently saw an interview with Stanley Hauerwas (condescendingly titled “Contemporary Worship vs. Worship”) where he argued that much contemporary worship is “ugly” and “superficial”. This may be true in a lot of respects. But is doesn’t have to be.

Modern people can write good songs influenced by genres that they like and sing them together without turning worship into a shallow, un-theological vanity show. Yes, this is what has frequently happened in the past, but it does not have to be this way.

At the end of the day, I do usually prefer worshipping with old hymns. It is my preference. But, it is just that. It is a preference. If I was to begin attending a new church this week I would choose one that sings hymns, but I would do it because I like it. We can try to make this a theological issue, but we have to ask ourselves what is at stake. Drawing lines between “contemporary” and “traditional” worship is to feed the destructive fire that has been dividing our churches for about 40 years now.

We need to honor art in our churches, and not just the art that we like.

I don’t have a solution here, just a challenge. Whatever music you prefer in worship, stop trying to assert that people who like the other types of music are somehow inherently wrong. We all live in a particular context that forms the way we worship. Let us speak humbly of humans (who are created in the image of God) and their work that is composed with the intention of giving honor and praise to the God we all worship. Let us encourage each other, regardless of our tradition, to stop singing problematic songs with questionable theology. Let us point out victories in lyricism, both ancient and modern.

Let us be at peace with one another as we differently express the unending song:

Holy, Holy, Holy Lord, God of power and might

Heaven and earth are full of your glory

Hosanna in the highest

Blessed is he who comes in the name of the Lord,

Hosanna in the highest