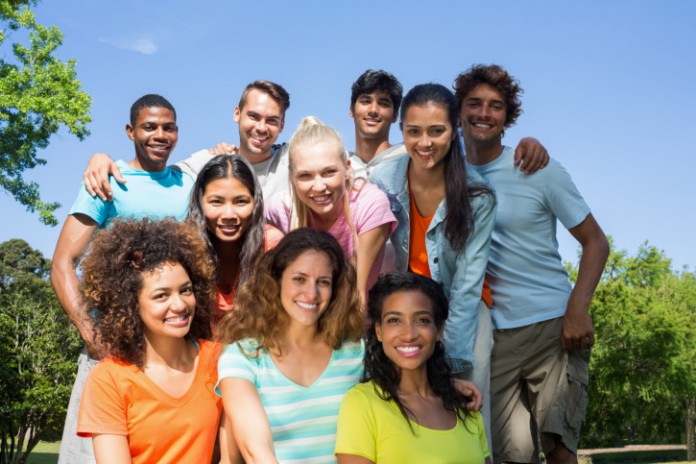 My first official youth ministry role was at a church which served as an international crossroads.  After services, over coffee, the South African ambassador chatted with the military attaché from the States, while kids from Africa, North and South America and Asia played on the swing set out back. Meanwhile a group of teenage boys who, though all originally from the United States, had recently moved from the Middle East, Washington D.C. and Peru, created a chorus of armpit farts in the background.

Though our youth group started out small, and remained small by some standards, what we lacked in numbers we made up for in diversity!

“Where are you from” was a question demanding explanation.  Many of my students had parents from two separate countries and were either permanently or temporarily living in a third.

“Um, you mean, what does my passport say?” or “Where did I just move from?” or “Where have I lived the longest?” or “Where do I feel like I’m from?” where all fair qualifiers.

Then there was the question of language.  And dress. And everything else.

What language do you teach in when you have 6 languages represented?  What do we consider appropriate to wear? And who is the “we” that decides? What about money?  Should all of our events be free?  Do we serve dinner when our host country eats anywhere from 9:00pm–midnight, but the Americans in our group eat at 5:00pm?

Assumptions are continually overturned, upset and dismantled in a diverse church and this is both the freedom and the frustration. There is loss in a church of people from everywhere.  Loss because of what is left behind in coming to join a group that is not just like you.  As one lady told the pastor’s wife at an English Bible study, “You don’t know the real me. The real me speaks Japanese.”

Challenges are par for the course in a diverse church, figuring out how to form community and follow Jesus together. But mostly, I have found, there is a deep and rich joy that comes from unity in diversity. These challenges are worth it.  We were meant to live like this: wrestling through tough questions, having our assumptions challenged and our prejudices undone, going continually to the Word to determine what is cultural and what is God, innovating over and over again, and living in the richness of every tribe, tongue and nation. We were meant to worship, pray, listen to and follow Jesus together, regardless of skin color, passport nationality and mother-tongue.

“Bring my sons from afar and my daughters from the ends of the earth – everyone who is called by my name, whom I created for my glory, whom I formed and made.” -Isaiah 43:6b-7

“At the name of Jesus, every knee shall bow in heaven and on earth and under the earth and every tongue confess that Jesus is Lord to the glory of God the Father.” -Philippians 2:10-11

Yes, to the glory of God the Father.  This is what we were made for.