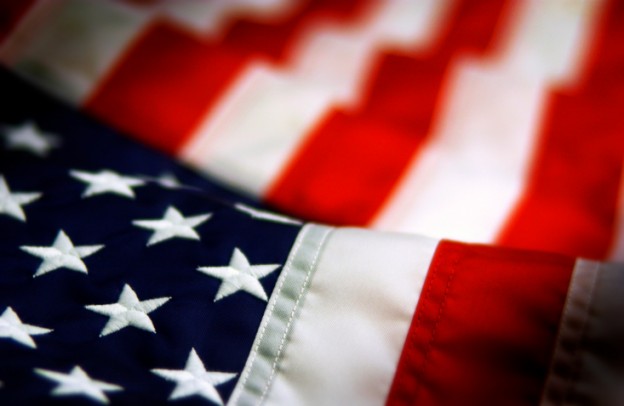 The beginning of July brings us to Independence Day, which is always one of those ambivalent times of the church year for me. Don’t get me wrong, I love the fireworks, the cookouts, the readings of the Declaration of Independence, the flyovers at the Fourth of July parade — all of it. But when it comes to worship, the question for me is always about how far we should go in combining worship and patriotism.

The big national holidays—Memorial Day, Independence Day, and Veteran’s Day—can be a point of tension in the church since you have people on the one hand who would be happy to have the flag draped over the altar, while others prefer to keep the sacred and the secular separate. One church where I served on the staff actually had the organist and a brass band play “The Stars and Stripes Forever” during worship on the Sunday closest to the Fourth while the children of the church paraded up and down the aisles waving American flags. That always made me a little uneasy, yet right there in our hymnal are familiar tunes like “America the Beautiful” and “My Country ‘Tis of Thee.” I’m as patriotic as the next guy, but something about waving the flag in worship seems idolatrous somehow.

I was then appointed to another church as senior pastor and one Sunday when the flags were moved for cleaning, I just never moved them back. Call it oversight or a subconscious act of sedition, I don’t know, but others noticed. Soon after, I had a woman corner me in the doorway after a worship service who has deeply offended by its absence and the missing “Christian” flag, too (An aside, by the way: Who came up with that flag? Was there a first century Betsy Ross somewhere in Asia Minor? But I digress…). She began the conversation with a finger pointed at my chest saying, “My son is a Marine and you should be honoring this country by having the flag up in the front.”

Well, I’m a veteran, too (Army), and I certainly understand her passion. I have saluted the flag, displayed it in my own home, worn it on my sleeve, and proudly served my country. I knew that could have been called on at any time to sacrifice my own life for what that flag represents, as many have done and continue to do. The Stars and Stripes have been a significant symbol in my own life.

At the same time, we know that when we come into worship we are there to pledge our ultimate allegiance to a different sort of kingdom. The U.S. Flag Code says that the national flag should occupy the position of “superior prominence” in a public space but, in the church, that space is usually occupied by the cross. One is a symbol of sacrifice for people on behalf of the country while the other is the symbol of the ultimate sacrifice of Christ for the salvation of the whole world. It’s important to keep those two ideas separate and in perspective.

How do we do that in ways that both acknowledge our national rights and freedoms while giving our full allegiance to Christ? Let me suggest a few ways preachers can honor our country while retaining our freedom to worship the One who ultimately sets us free:

1. Acknowledge the holiday, but turn the congregation’s attention toward the gospel. When I’m preparing the worship service on the Sunday before a national holiday, I tend to put something about the holiday in the order of worship but not make it the focus of worship. We might sing one national hymn, for example, or I might make the brief connection between the holiday and the Scriptures in the sermon. For Independence Day, for example, I might talk about our dependence on Christ and our freedom to choose him, or about how our “pursuit of happiness” is often misdirected from what the founders meant (and certainly different from what Jesus meant in the Beatitudes!). Referencing the holiday but giving it a biblical and theological twist can help people reframe the holiday in ways that build up the good news of the gospel.

2. Make space to acknowledge those who have served. On Veteran’s Day, we invite the local VFW post to hand out free “Buddy Poppies” (a Veteran’s Day tradition) to people before and after worship and, during the announcements, I invite the veterans present to stand so that they can be recognized. It’s simple, but it does give people a sense of appreciation without turning the entire service into a patriotic celebration.

3. Encourage people to wear red, white, and blue. This is a passive way of allowing people to express their national pride without needing to make it the central focus of Sunday.

4. Pray for God’s blessing and peace for all nations. My public prayers on those Sundays focus on God’s desire to bring all nations into his kingdom. On Memorial Day, I pray for those who have fallen in service to our country but I also pray that God’s kingdom would come in its fullness and make war obsolete. On Independence Day, I thank God for the freedoms we have but also pray that we would use the freedom and prosperity given to us to love and serve others, even those who are our enemies. On Veteran’s Day, I thank God for those who have offered themselves in service but also pray that the day will come soon when all those in harm’s way will be home for good. It’s a way of reminding people that God’s agenda for the world is much larger than our own.

With a little creativity and thought, you can make those patriotic Sundays an opportunity to share the gospel in ways that will stretch the worldview of those in your congregation and turn their attention toward the ultimate freedom of the kingdom of God.