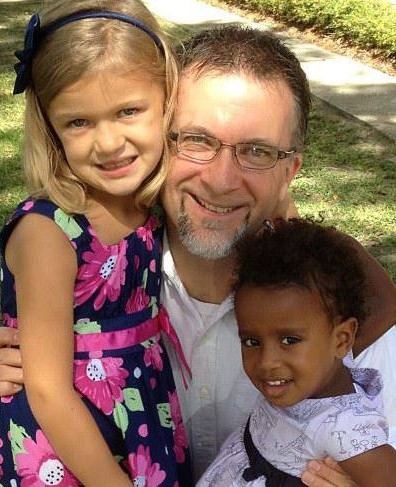 I have argued that we should appreciate the concept of a natural price, but it is human nature to appreciate the price itself—particularly when it is low.  When prices drop, we purchase more of the goods and services that we love.

Yet the elegance of a naturally derived price does not make it immune to moral considerations.  This is most evident when we consider our global supply chain.  In the fall of 2014, I wrote a piece in Christianity Today highlighting the fact that the production of many of our goods occurs at the expense of others.  The purpose of the article was to suggest that while markets do a lot of good, our role in markets should not be limited to being a mere consumer.

For example, in April of 2013, the world stood outraged after a large building collapsed in one of Bangladesh’s major garment districts.  Over 1,100 workers were killed.  However, this was no mere accident.  Workers were crowded into an unsafe, unstable factory building.  Once there, they were required to work long hours despite low pay and unsanitary working conditions.

Sadly, this is not the first tragedy in this district that has been linked to poor building conditions.  In the fall of 2012, a fire swept through a production facility killing 100 workers.  Months later, another fire erupted in the same area taking seven lives.  Prior to this, between the years 2006 to 2009, the Clean Clothes Campaign (CCC) reported over 200 fires in the same area.  The result?  414 garment factory workers were killed.

Why is it so dangerous to work in the garment industry in Bangladesh?  Simple: Low prices.  According to the Institute for Global Labour and Human Rights, the labor costs to make a denim shirt in Bangladesh are only $.22.  Compare this to a cost of $7.47 in the US.  What accounts for this difference?  Why are labor costs over 3,000% less in Bangladesh?

Unfortunately, the low prices we love have a high cost.  Often times, low prices mean low-wages for workers, long working hours, and dangerous working conditions.  The thought of paying a human being less than a dollar a day for working over 14 hours in an unsafe, unsanitary building is troubling.  But if the ultimate goal is to lower the price of a product, then workers risk being viewed as “factors of production”—not human beings created in God’s image and endowed with dignity.

It is important to note the economist’s retort:  These jobs, while occurring under seemingly reprehensible conditions, are the best options many of these individuals have when it comes to work.  In other words, a garment job in Bangladesh, for example, is better than any of the alternative jobs (imagine if your choice was to work in a garment job or in prostitution?).  Second, for many of these women, jobs like this (even with frightfully low wages) provide them with freedoms that they would otherwise never experience.  Without freedom, many women are forced to marry out of sheer economic security—creating a host of other sub-optimal social consequences.  Jobs like this actually create the conditions for social progress not otherwise available.  Finally, as mentioned in a separate post, the market system is still the best long-run mechanism to ensure the productive growth, wealth creation, and distribution in countries like Bangladesh.

True as these statements may be, that does not mean that our response should be to sit and wait for things to improve.  As people of faith, we can work to play a role in shaping the very markets that we participate in.  I constantly remind my students that “the economy” is not some machine that we prod, push, and pull to churn things out.  Rather, we are the economy.

Part of the answer, I believe, relates to the definition of an “informed” consumer.  If you had a clearer understanding of what occurred within the supply chain for a particular good you typically purchase, how might that change what you buy or how much you spend?

The examples are infinite, but let me here provide one.  I am an enormous fan of the company Saddleback Leather.  When I finished my PhD work, my wife bought me a beautiful leather messenger bag from Saddleback (sometimes I literally sit and admire it from across the room).  Saddleback is known for very high quality leather products, which is what allows them to boast a 100 year warranty (their slogan is “They’ll fight for it when you’re dead”).

Several years ago their president, Dave Munson, sent out a letter to everyone on their mailing list about Saddleback’s rising prices.  The letter educates customers about the forces that have served to raise the market price of leather goods over time (input costs for suppliers; new demand for beef, which affects the availability of leather).  But Dave ends his letter with an important statement about one particularly important determinant of price—employee wages:

We’re committed to paying a fair and competitive wage to all the craftsmen and women who build our bags. Crafting my designs isn’t always very easy work. The leather is really thick, and it takes a lot of training, experience, muscle and skill to work it. We hire the best, most skilled folks we can find and pay them accordingly. I refuse to do business at their expense. It just wouldn’t be right.

In other words, the market could likely command a lower wage for producing Saddleback’s products, but they feel that it is important to trade in efficiency for an arrangement they deem more equitable.  Moreover, Saddleback shared this conviction with their customers and the wider consumer market.  With this new information, how might we now conceptualize buying leather products from Saddleback?

This does not dismiss the complexity of globalized supply chains or the very real threat that doing what seems to help might hurt in the long-run.  However, this letter (and the spirit behind it) recognizes that our consumption patterns here have an effect on those around the world—both good and bad.  Moreover, it recognizes that we are first and foremost human beings—co-image bearers of a loving and creative God—before we are calculated consumers seeking to maximize our own advantage without consideration of others.

Envisioning the type of world we want to live in requires that we reflect on what we desire and why we desire it.  For instance, where are we willing to trade efficiency for an arrangement we deem more equitable? More ethical? Where are we willing to trade growth for something we see as being good? Would we pay more for certain products if we knew that it led to better working conditions and well-being for someone in another country?  Would I pay more for my children’s clothing if I knew it would help avoid another Bangladesh disaster?  These are important questions, and luckily, the faith community is equipped to lead this conversation.