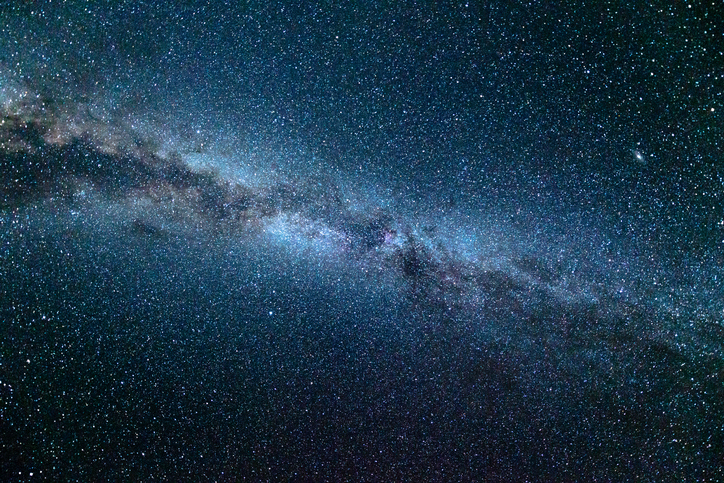 Christianity without faith in the improbable may as well be “practical atheism.”

Growing up under a starry Texas sky, a kid can learn all about the unknown.

Ghost sightings, undiscovered creatures living in the woods, and mysterious objects seen in the air all seem to go well with marshmallows on sticks over a fire. I wouldn’t have traded those days for anything. Life seemed more exciting back then.

One of these stories—about a hardy toad named Ol’ Rip who leaped out of an airtight cornerstone in an old building being demolished in front of hundreds of witnesses (yes, like the Bugs Bunny cartoon with Phineas J. Frog!)—was one I held on to long after I stopped wanting to believe those campfire tales.

But not too long after adulthood crept in, a passionate activist on my liberal arts-focused college campus was using these kinds of “toad-in-the-hole” legends as Exhibit A in a speech railing against religion. In his view, urban legends and religious teachings are all in the same category. Those who spread them not only lack tangible evidence but have some emotional issue that drives them to be the bearers of esoteric truth.

What a buzzkill! No, he didn’t have me convinced that the Bible was nothing more than a compendium of folk tales, but he did cause me to doubt the veracity of the frog stories.

Imagine my surprise when I read a toad-in-the-hole story in one of John Wesley’s own sermons, relayed as fact:

“An ancient oak being cut down, and split through the midst, out of the very heart of the tree crept a large toad, and walked away with all the speed he could. Now how long, may we probably imagine, had this creature continued there? It is not unlikely it might have remained in its nest above a hundred years.

“It is not improbable it was nearly, if not altogether, coeval[ed] with[in] the oak; having been some way or other enclosed therein at the time that it was planted. It is not therefore unreasonable to suppose that it had lived that strange kind of life at least a century.”(Sermons of John Wesley, Sermon 125).

I slowly closed my copy of Vol. 5 of the Works of John Wesley series. I even prayed for a minute that I didn’t see what I thought I saw: a multi-disciplined scientific mind such as Wesley’s (he pioneered electrode therapy in case you didn’t know) would spin a yarn like this.

Re-opening the book to read the entire sermon, I saw that Wesley was way ahead of me in a beautifully unexpected way. He used the story to call out “practical atheism.” And it struck me right in the heart as I was more prone to doubt the toad story than I was to glean any truth from Wesley’s otherwise profound lesson.

In the sermon, Wesley quoted the founder of the Epicurean school of philosophy (eat, drink, be merry) as one who may have envied the frog:

“Let us spend a few thoughts upon so uncommon a case, and make some improvement of it.”

To paraphrase Epicurus, stay blissfully ignorant of extraordinary things so that something more mundane will take you gently by surprise.

Is that how we want to live? To stay hunkered down in our own mortal surroundings and understandings of how the world works until we see Jesus face-to-face? Dismissing all hope in miracles or even the afterlife?

This is how we miss heaven-on-earth. Imagine Peter looking down on the water instead of walking out toward Jesus on the sea. The kingdom of God belongs to those who dare to defy their expected limitations and boundaries. And, yes, like children.

“Practical Atheists,” Wesley continued, may have an instinct about God but have yet to experience him. Practical Atheists are “those who have not God in all their thoughts … who have not acquainted themselves with him, neither have any fellowship with him; such as have no more intercourse with God, or the invisible world, than this animal [the frog] had with the visible.”

What a blessing we miss out on by not giving the impossible even a mustard seed of faith! This is especially true when studying the Word of God. Balaam’s donkey spoke. Moses’ staff turned into a snake. Graves burst open after the Resurrection. These accounts make the frog story in ancient Egypt seem more palatable. It’s the greatest tragedy of our times that so many throw out belief in the entire Bible because we’re skeptical of what science cannot (yet) prove.

Does this “practical atheism” even cloud our understanding of salvation? And what about sanctification?

Wesley, urging his hearers to flee the darkness (no matter how cozy and convenient one’s own “tree trunk” may be), warned them not to confuse outward religious ritual, or a mere moral resolution to swear off conflict and injustice, with the “blaze of gospel-day!”

A faith that takes risks on the improbable can generate the kind of inward excitement and passion that leads us into an adventure like no other, one worthy of many tales to be told. Even if you’re no longer an awestruck kid sitting around the campfire, a childlike faith in God can very much help us overcome the limitations of this world. There’s no sense in waiting for the fullness of God’s blessings until after you croak. Take a leap of faith today!

As it happens, the Internet has helped us confirm a few toad-in-the-hole situations. Here’s a recent, trending YouTube video confirming the plausibility of Wesley’s account—in this case, an unfortunate snake being discovered in a hewn-down tree trunk. (Warning: It’s not for the squeamish, and you may wish to turn down the volume due to some shouts of profanity)