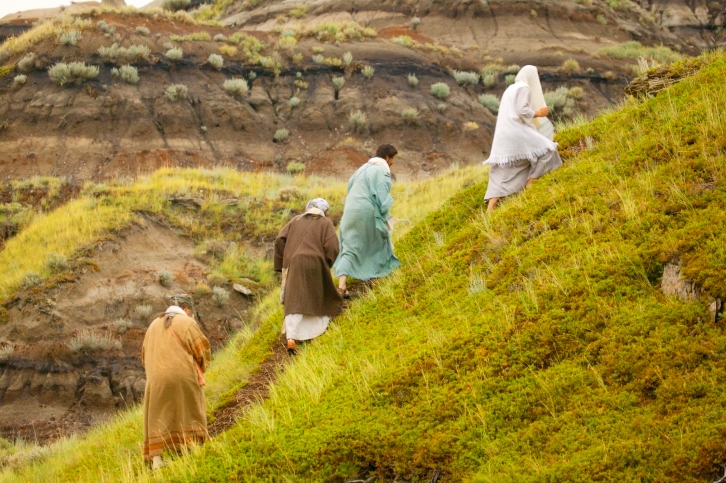 What is the Church?  That is a lot like Pilate’s question to Jesus, “What is truth?”  Just an off-the-cuff response can yield numerous answers:  The Church is a hospital for sinners, a haven for saints, the Body of Christ, the fellowship of believers, the Temple of the Holy Spirit, the New Covenant people of God, an outpost of the New Creation, a called-out body.  It is very important, to define what Church is in light of discipleship and spirituality, though, because it is the Church that has been given the job of making disciples of Jesus.  So if we want to be and make disciples, we have to know what the Church is and how it fits into this process.

Early on in the life of the Church, at the Second Ecumenical Council in 381 AD, the first universal statement of belief was drafted in its (more or less) final form, the Nicene Creed.  In this creed, there is a definition of the Church that has been used as the litmus test for just this question ever since:

“We believe in one, holy, catholic, apostolic Church.”

Two of these descriptions are fairly easy to see and ascribe to the Church.  Catholic simply means universal, and in this sense means that the Church is for everyone in the entire world.  It is a fellowship that is open to all nations and races, all tribes and tongues, and in each place that the Church is, the fullness of the faith is there.  Holy is an adjective that could be problematic for the Church as there are many instances in history and today where Christians and the Church have acted in anything but a holy manner.  Yet it is the promise of God that we are the Temple of the Holy Spirit, and as a result we are called out and set apart for a life in Christ through the Holy Spirit.  Through this process, we are made more and more holy, if we allow God’s presence to work in us.

The remaining two descriptions have been more problematic for us.  Many in the Eastern Orthodox Church point to the adjectives one and apostolic to show that they are the only true Church in the world (see the Basic Principles of the Attitude of the Russian Orthodox Church toward the Other Christian Confessions, August 14, 2000), as they believe all other forms of Christianity are in schism from them and they have an unbroken line of apostolic succession (if not in persons then at least in the apostolic teaching).  Roman Catholicism tends in similar directions, although it has much more grace for Protestants in calling them ecclesial communities while retaining the title Church for itself (see Responses to Some Questions Regarding Certain Aspects of the Doctrine of the Church, June 29, 2007).

Does the definition of one for the Church eliminate the possibility of denominations?  There are some who would conclusively answer yes and point to Scriptural passages such as 1 Corinthians 1:10-17 as proof that there can be no divisions.  However, reading that passage in context shows that, while the Christians in Corinth may have been divided, they were still a part of the same Church since they were told by Paul to expel one member from their fellowship later in the same letter (1 Corinthians 5).  They can only do this if they are one.  In his sermon on The Catholic Spirit, Wesley spoke at length about how Christians of varying communions were one in faith despite the external divisions.

Apostolic is by far the most difficult adjective for Protestants to hold, as long as we let the Roman Catholics and Eastern Orthodox define the term.  In the first three centuries of the life of the Church, as those Christians combated Gnosticism and other belief systems that would be labeled heresy, they appealed to apostolicity, the idea that they proclaimed the same faith as that of the Apostles as evidenced by the fact that the congregations founded by the Apostles had the same message.  This, over the centuries, has morphed into the doctrine of apostolic succession.  And if we allow apostolic to have this meaning, we are at a loss.

However, if we go back to the original understanding of apostolic, that of the message itself, then we have a solution.  The apostolic teaching was codified in the Nicene Creed.  We can take that affirmation of faith as the summation of the apostolic teaching.  Then we can actually use the word apostolic in its truest sense: an apostle is one who is sent.  For the Church to be apostolic, then, it is a body that is sent; if it is not sent out, then it is not an apostolic Church.  This gets back to the Great Commission, where the Church is sent into all the world to make disciples.

Once we remember that the Church is one in faith, holy in transformation, catholic in being for everyone everywhere, and apostolic in being sent into the world, we can understand how it makes disciples, both in its early centuries and how it can continue to do so today.

This is part of an on-going series on discipleship and the church. Read the ongoing series here.

Get This We Believe by Timothy Tennent from our store.