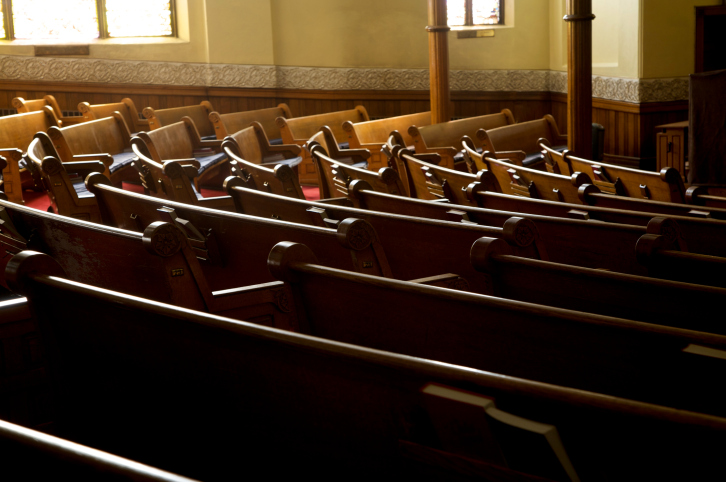 I live just north of Chicago where we experienced some of the worst flooding in the region’s history during April 2013. I was up in the middle of the night during a major thunderstorm to work with my neighbors sandbagging along the fronts of our houses while doing our best to bail out the water that had made its way into our basements. Two of us went to the local hardware store when it opened the next morning to find a line already formed there. Within minutes of the store doors being unlocked, every shop vac and sump pump motor in stock was purchased.

While my family and I escaped with relatively minor flooding inside of our house, the experience rattled me. Having been a homeowner for only two years, I realized how much I had come to believe that owning a home was a guarantee of security. As long as I kept up with regular maintenance and avoided any destructive activities, I believed that my house would protect my family and me from all potential dangers. Having a house of my own that my wife and I had worked so hard to find, save for, and purchase, with dreams of our children growing up there, was supposed to be a rock of security for me. Then, the flood came.

Then, however, the metaphorical flood came as local congregations, which once had seemed so prominent and important in their neighborhoods, began to slip. Facilities that once had been lovingly maintained and expanded began to crumble under the crush of deferred maintenance. Budgets once flush with money began to demand hard choices about which programs to fund or which staff members to keep. Programs once run by excited volunteers began to fall away as volunteers aged and became less active in the daily life of the church. Worst, children grew up and stopped being interested in any church, much less the congregations of their childhood.

This “flood” has been a big part of the call for church revitalization today. On one level, this makes sense. Who would not want to return to the stronger institutions that provided security to their members? Who would not prefer to have a secure place for their children to learn how to live?

While this way of thinking is understandable, it reduces revitalization to be nothing more than a grasp for making us feel secure. That is a serious mistake.

Revitalizing the church is not about breathing new resources and practices into institutions, but about God breathing new life into us, driving out the idols we have shaped by our own effort and that we think will bring us security. We revitalize the church by becoming faithful followers of Jesus Christ who do not compromise with the gods of this world. In doing this, we become the church God desires.

The reason I was so shaken by the flooding in and around my house is that I realized that I had become an idolater. I looked to my own efforts and their physical results in the form of home ownership to believe I could be secure. Moreover, I came to believe my life’s purpose was to achieve security for my family and me by keeping up the house in which we lived. My house, not living according to God’s purpose, came to define who I was and how I lived.

The calls for church revitalization can operate the same way. They call us to return to a place of relative security for our congregations. They call us to a place where we can be comfortable knowing that our children and we will be in institutions that have enough money and volunteers, as well as beautiful facilities. Our mission in such a situation is to focus on building these institutions, breathing institutional life back into them so that we can be secure.

The problem with this is twofold. First, the church becomes the mission we sustain rather than being the missional people that God sends into the world. We begin to view the church as a place that we give our various resources to, expecting nothing back but the sense of security that it provides us. We lose sight of God and God’s call for us to share the message of the gospel in our daily lives. Indeed, we buy into the fiction of church being something separate from the rest of our lives: how we act at work, school, on vacation, or during our leisure. This means that church revitalization is little more than what we would do as boosters for the PTA and Girl Scouts. The church becomes one more institution meant to help us feel secure about our children and ourselves. It may be an important institution for us, but is not something we expect to lay a claim on who we are or how we live.

Second, we trust ourselves instead of God. This is a real problem because more floods will come. I found out that April 2013 was the second time in two years that our region received more than 5” of rain in less than 24 hours. This suggests it will not be the last time. No matter how much work I do on the house between now and then, I cannot stop the rain—or something worse—from coming. This leads to the sobering reality that trusting in my own strength and in my house ultimately is a failing proposition. I need to believe in God, who may allow the rains to fall, but who is big enough to carry my family and me through the times of trial.

Likewise, congregations who seek revitalization for the sake of institutional security need to recognize that, even if they succeed in rebuilding their institutions, they will face new floods in the future, too. No work they do can stop the changes of culture and time. Only faith in God will see them through this.

In the end, as I confessed to my wife, I had to come to the hard conclusion that our house is expendable. It would be wrenchingly disorienting, disappointing, and painful to have to move my family out of the house if a disaster made the house uninhabitable. However, if my faith is in God, I would still have purpose and hope beyond the destruction of the house. In the same way, the first step in revitalizing a church is to ask the question of what motivates the desire for revitalization. Any answer other than one that points to God as the source of security, any answer that will not allow a congregation to let go of a church in order to hold onto God, will doom all a congregation’s best efforts at revitalization to failure.