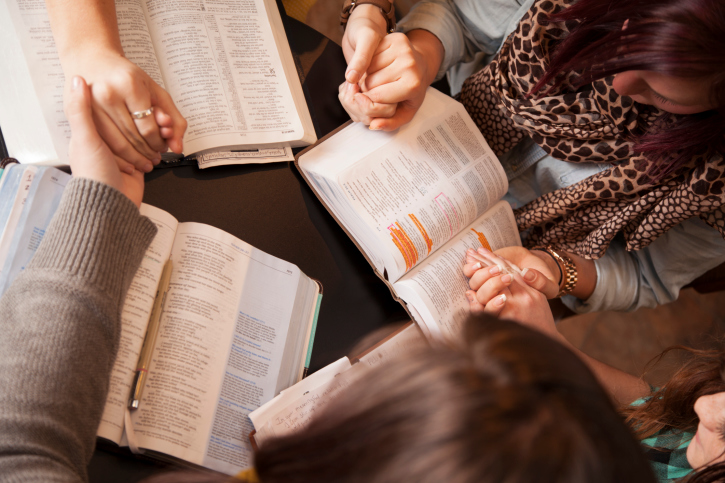 In the Book of Acts, Luke records that the Christians met at the Temple and in each other’s homes every day (2:46). This frequency changed over time so that it was the Lord’s Day, Sunday, that became the one time during the week that the Christians were known for gathering (Acts 20:7). While this fact in and of itself does not seem to bear much importance on the idea of discipleship, it is important to remember that Sunday was a normal day for work in the ancient world.

Jews celebrated the Sabbath on Saturday. This means that by the Christians choosing to gather on Sunday was a statement of identification as Christian and something that distinguished them from other members of the Empire.

These services were highly organized, as well. The pattern, or liturgy, varied from place to place and community to community, but all Christian worship in the early centuries was liturgical in nature; and the varied liturgies were similar enough that Christians traveling from one place in the empire to another could recognize the worship as Christian. There were set places for prayer, reading Scripture, commenting on the readings (preaching), and Holy Communion.

One interesting facet of this worship is what constituted appropriate readings. There really was no uniformity of belief or practice concerning which books would eventually make up the New Testament. As such, there were some churches that rejected books such as Revelation or Hebrews in their reading lists, and there were others that included them. There were also locations that included 1 Clement, the Epistle of Barnabas, the Shepherd of Hermas, and the Didache in their approved readings. We will look at how these early Christians handled Scripture (and the Sacrament) more in depth in future posts.

The worship service itself was a time when Christians were discipled in a general way. This was one of the only times they would encounter the Scriptures, as most did not have a copy of the Old Testament or any of the individual books that would make up the New Testament. It was a time to be encouraged by one another to keep the faith and persevere through whatever trials they were encountering at the time. It was a time to be reminded that Jesus Christ is God and that the individual members of the Church were integrated into His life, His body.

While there was no complete uniformity in the early Church concerning how people arrived at a Christian worship service (in some places anyone could attend and in others new people had to be brought by a Christian sponsor who would vouch for the newcomer), one aspect of the worship service was consistent: unbaptized people were not allowed to stay in the service after a certain point. The main function of the worship service, wherever it was celebrated, was twofold. First, it was a time of intense teaching and discipleship, and second it was a time to receive the Eucharist. All people were allowed to attend the first part of the service; only baptized Christians were allowed to remain for the second.

The worship service was not evangelistic in nature, and the preaching was not for conversion of the visitors. The focus was on God and how to be a faithful follower of God. If people who were not Christian arrived at a service, (they frequently did since the Church experienced explosive growth for the first three centuries), they had already been intrigued by the lives of the Christians they knew. The reason they came was not to be the center of attention or the focus of the service, but to learn what these people truly believed and why.

Some may find it ironic, or even a bit troubling, that early Christian worship was liturgical, always incorporated the Lord’s Supper, did not focus on the conversion of its visitors, and yet still grew tremendously. It is important to remember that this was not our culture or our world, despite the similarities of a pluralistic culture in which Christianity is marginalized and mocked.

Religion, in the Roman Empire of the first three centuries of the Church, was synonymous with ritual. If they incorporated no ritual, people did not understand that it was worship. There was also outright persecution and potential death involved in being a Christian. This meant that Christians never knew when a persecution would begin, and therefore strove to be a faithful disciple of Christ every moment of every day.

What they experienced and learned in the worship service, what they saw modeled by the presence of other Christians (both new converts and those who had endured suffering at the hands of the authorities) helped them live lives that proclaimed the truth of the Christian message, and when they gathered together to worship, they were encouraged by one another’s presence and participation in the prayers, readings, preaching, and Communion.

Get This We Believe by Timothy Tennent from our store.