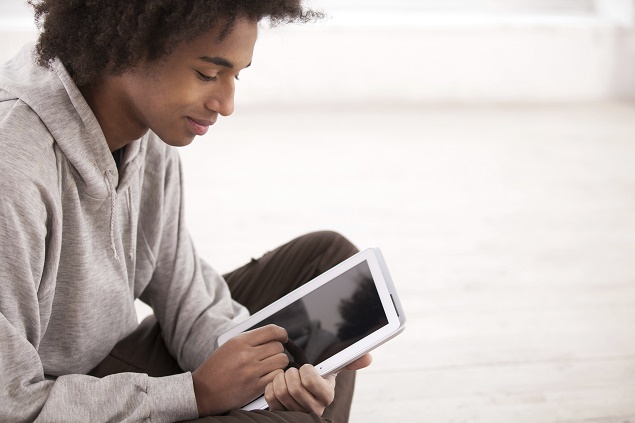 I remember when Facebook first appeared (remember when it was called The Facebook?); I had to get a college student to help me create a fake .edu email address so that I could join.  At that point most of my students were on MySpace, and Facebook was just emerging; observing the large number of people shifting to Facebook, I knew that was going to be a place I needed to be.

Now, hardly any of my students use Facebook; most claim that once parents were “allowed” on it they didn’t want anything to do with it. Twitter and Instagram where the next big shifts, although many of my students are leaving Instagram, claiming that it has become too commercialized and too many of their parents are using it (I think I am seeing a trend here!).  Snapchat seems to be the flavor of the day; only time will tell which social media outlet is the next “it” place.

For youth workers and for parents, it can be troubling to to totally embrace any of these social media outlets, most likely because we all see so many red-flags when it comes to the use of them.  But, to totally ignore them and to totally avoid them is simply sticking our heads in the sand!

Statistically speaking, the most popular with teenagers are Facebook, Twitter, Instagram, and Snapchat (the order of popularity varies a bit depending on statistics gathered).  I am going to assume, for this article, that you are familiar with Facebook, Twitter, and Instagram.  Those are considered, in my view, the most “tame.”  The issues arising from inappropriate sharing is usually not taking place on these listed.

While social media in and of itself is not “bad”, much of it can actually be quite useful for ministry and communication, we all know that often things that can be created for good are used for bad.  In addition, many social media sites were in fact created to share the darker things of this word, including pornography, bullying, and sharing intimate details of one’s life that would be better shared with caring, more “known” individuals.

Here are a few of the social media sites that youth workers and parents should be aware (but, of course, as soon as I type this the list will have changed!)

SNAPCHAT:  People can post pictures and videos (up to 15 seconds long) that “disappear”.  But, we all know that data on the World Wide Web never really disappears.  Plus, people who follow someone who posts on Snapchat can take a screen shot and keep or pass on the photos.  Snapchat was originally created for people to be able to “sext” each other; and we all know that many of our students use it this way.  A few of my parents have discovered this, but Snapchat makes it easy for users to block people they don’t want following them.

WHISPER:  This is a “confessional” site where people who post can also add a picture.  Many of the posts are sexual in nature, and often include the person posting putting up pictures of others without having their consent.  And, most confessions are dark in nature; students aren’t sharing the good parts of their life on Whisper.  Whisper is anonymous, but the app pushes users to share personal information in the “Meet Up” section.

KIK:  This is a messenger app (like texting) that has its appeal in that it is quick and has no message limits and no character limits.  Because it is an app, it doesn’t show up on your student’s messaging service.  The danger in KIK is in the anonymity; people will often use a truly anonymous app like Yik Yak to share their KIK name, and move conversations, many of which can be inappropriate for students, to this app.  KIK also contains a community blog, which is often used to share pictures and screenshots of messages from others.

VINE:  This app allows you to share videos that are six seconds long.  It had a pretty popular start, but once Twitter, Snapchat, and Instagram starting allowing videos, Vine became a less used app.  Like Tumblr, though, Vine is often the “go-to” app for pornography, bullying, and other inappropriate sharing.

Others to research and be aware of: