Did Adam and Eve Exist? 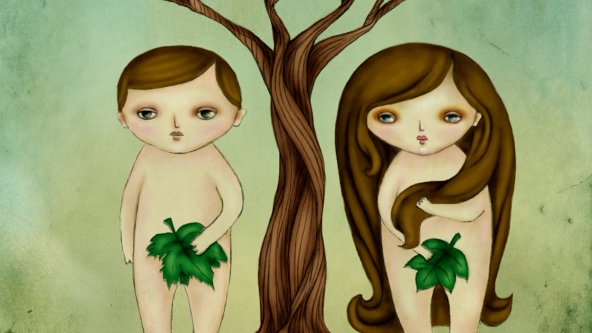 John Walton’s book, The Lost World of Adam and Eve, is the most recent contribution to a topic that is attracting an incredible amount of attention within the evangelical world: did Adam and Eve exist, and what implications does their existence (or lack thereof) have on the way we read Scripture, biblical authority, and the relationship between science and Christian faith? Walton, who is most known for his book, The Lost World of Genesis One (as well as The Lost World of Scripture), continues the legacy he built there in challenging stereotypical interpretations of the Bible with an informed mind and an elegant pen. The book will serve as a significant contribution in the ongoing conversation.

Walton’s short answer to the question of Adam and Eve’s existence is “yes, they existed.” This will, no doubt, satisfy a great number of evangelical Christians who have seen in recent years more vocal denials of the infamous couple’s historicity.  But Walton’s statement, as previous readers of his work expect, demands qualification. As Walton sees it, while they existed in history we cannot imagine them existing in the way that traditional conservative evangelicalism has always supposed, nor can we suggest that their meaning must be connected with a certain notion of their historicity. Adam and Eve existed historically, but in the Genesis text they serve as archetypal figures for the human race. That is, the biblical text is not so much concerned with Adam and Eve themselves as much as it is concerned with utilizing Adam and Eve to say something about the humanity in general.

Walton defends his thesis well in his classic Waltonian style: proposition by proposition, totaling 21. It would be impossible to articulate Walton’s points thoroughly in a brief review, but a few points demand some attention.

Second, as a well read scholar of Ancient Near Eastern writings, Walton argues for this point in connection with other comparative literature of the time and geography. This emphasis—of placing Genesis alongside the other stories of the ancient world—is a point missing in most treatments affirming the historicity of Adam and Eve and, more specifically, arguments which attempt to treat Genesis as an account of material origins. Coming from Walton’s analysis, we find that Adam and Eve are assigned priestly roles with the Garden of Eden being the center of the cosmic temple. We find that the trees and the serpent are symbols which find strong parallels in other ancient accounts, and we discover that language of “dust” and “rib” and even “forming” are words that do not carry scientific and anatomical significance but, instead, represent ancient ways of speaking about mortality, purpose, and vocation! To speak of the “forming” of humanity in the ancient world was to speak of establishing a vocation.

Third, Walton recognizes the theological implications of denying a “first couple” (materialistically speaking). If we open ourselves up to contemporary views of origins, we are obviously presented with the dilemma of a long chain of pain and suffering within the world. Creation de novo has long been linked with the Augustinian notion of Original Sin which presumes a perfect, sinless, and painless world prior to the Fall and this, of course, needs to have a pivot point: namely, a literal historic fall from perfection. Walton, thus, goes into territory which few evangelical scholars want to go and even where few scholars who attempt to deny the historicity of Adam and Eve wish to go: he calls for a rethinking of Original Sin. There isn’t time or space here to get into the detailed argument which Walton presents, but it is one of the strong points of the book theologically speaking and, frankly, the most necessary if one wants to consistently affirm scientific continuity and Scripture.

Some evangelicals, no doubt, will accuse Walton of going too far in his call to allow contemporary science and Scripture to exist alongside one another.  The suggestion that Adam and Eve could have existed as two advanced hominids in a long evolutionary chain will seem compromising to some. Others, however, will certainly accuse Walton of not going far enough! As they see it, scientific theory does rule out any real historical Adam and Eve and that suggesting there was a couple is tantamount to having one’s cake and eating it too! But, for the vast majority of Christians who think the whole science-religion war is an unnecessary war with far too many casualties, Walton presents a middle way forward. His book, no doubt because of both his scholarly credentials and his obvious evangelical conviction, will be well received amongst the majority of those who want a thoughtful and, yet, traditional approach towards science and the Bible.

Did Adam and Eve Exist?