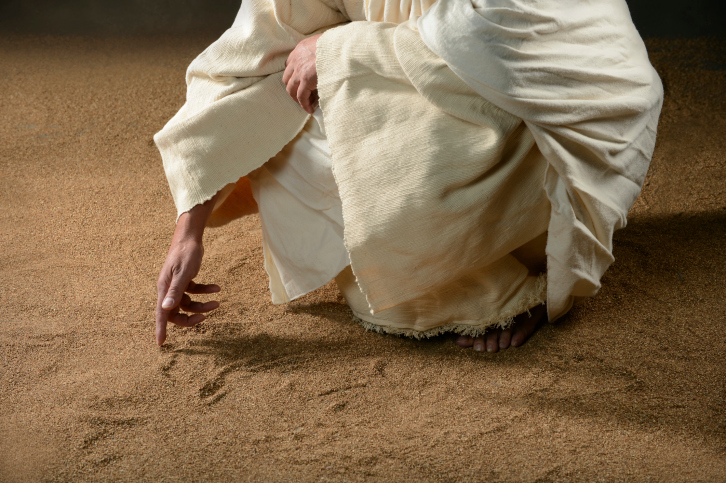 Finally, the question must be asked, “What is a disciple?” For those early Christians, being a disciple was really quite simple. It meant that they were becoming more and more like Christ in every single aspect of their lives. Read the final entry in Steve Bruns’ series on discipleship.

This series on how the early Church practiced discipleship has looked at what the Church is and the means it used to make disciples. Finally, the question must be asked, “What is a disciple?” For those early Christians, being a disciple was really quite simple. It meant that they were becoming more and more like Christ in every single aspect of their lives.

One of the key foundational texts for early Christian discipleship was 2 Peter 1:3-4, “His divine power has granted to us all things that pertain to life and godliness, through the knowledge of him who called us to his own glory and excellence, by which he has granted to us his precious and very great promises, so that through them you may become partakers of the divine nature, having escaped from the corruption that is in the world because of sinful desire” (ESV). The theological term for this process is theosis: becoming god-like.

In the first three hundred years of the Church (and even beyond), this was the goal of disciple-making. The Christians saw themselves as a set-apart group that used their corporate worship, prayer, Scripture, and the Eucharist to collectively receive more and more of God’s presence in their lives and ultimately experience theosis. There are many references to this process and goal in the early writings, but the one that gets to the heart of the issue (and is later quoted the most) is from Ireneaus in Against Heresies, written in the latter part of the second century. In the Preface to Book V, he wrote, “Our Lord Jesus Christ, who did, through His transcendent love, become what we are, that He might bring us to be even what He is Himself.”

It should be noted very clearly that these early Christians did not think that a true follower of Jesus would become exactly like God and share in God’s nature and essence. However, they took seriously the concept that God could and would transform them so completely that they would, by grace, become like Christ—perfect in love. They realized that Jesus summed up the entire moral scheme of life laid down in the Old Testament with the two commandments to love God completely and love others, and they did not believe that God commanded something that could not be done, even when Jesus said, “Be perfect as your heavenly father is perfect” (Matthew 5:48 ESV).

The medium for this endeavor in discipleship was always the life of the Church. It was the Christians together that encouraged one another, in persecution and in the mundaneness of normal life. It was the distribution of the various spiritual gifts amongst all the believers that worked at different points in people’s lives. It was the gift of those set apart for specialized ministry and ordination that taught, encouraged and rebuked others in Christian growth. It was full participation in a worshiping community that formed disciples. And it was members of the Body of Christ, working together and praying together for and with each other, living as an outpost of the Kingdom of God on earth that pointed the way for the disciple to grow, or the potential disciple to begin his or her journey.

This concept of needing the community of believers, the Church, as a part of the growth in grace towards theosis also takes very seriously the concept of the Trinity. If God is essentially an eternal community, then it is only natural for our redemption and renewal of the image and likeness of God to include a communal aspect to it. There is a modern phrase, “we are saved together, but damned alone” which seems to come from something Cyprian of Carthage wrote in the third century, “outside the Church there is no salvation.” Why? Because the Church is the community of those in Christ. It is the Body of Christ on earth. It is the chosen and commissioned entity Jesus sent into the world to baptize and make disciples. It is a collection of individuals that are knit together into something, Someone, greater than themselves and particularly much greater than themselves individually.

As John Wesley wrestled with the Church and the world of his day, he appealed to the primitive church as the means by which new life could be breathed, salvation spread, and disciples made. It should come as no surprise then to see that he delineated prayer, Scripture, worship, the Lord’s Supper and Christian community as the means of grace by which we grow, and it also should be no surprise that it was precisely Wesley’s emphasis on holiness, or Christian perfection, that was the motivating factor in all of these. As Wesleyan Christians who are committed to “the rest of the Gospel,” our understanding of theosis, we need to ensure that is the focus and the definition of what it means to be a faithful disciple of Jesus Christ in the world. By doing this, we will not only be good Wesleyans, but we will be in good company with the Church of the first three hundred years.

Read the entire series on the early church and discipleship here.