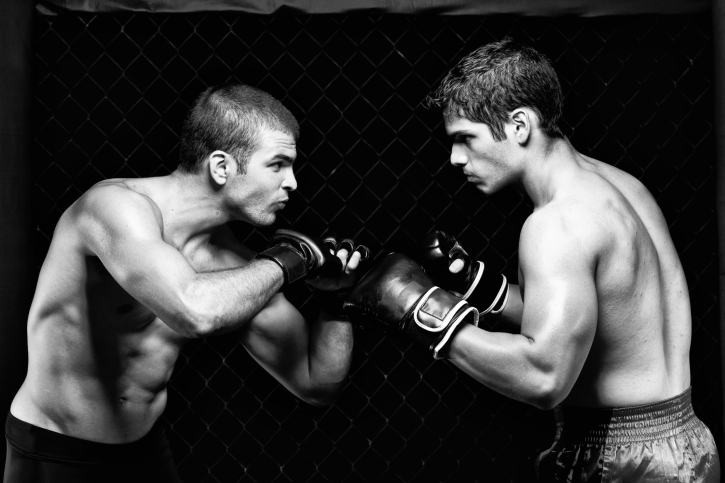 “To make a fighter you gotta strip them down to bare wood: you can’t just tell ’em to forget everything you know if you gotta make ’em forget even their bones… make ’em so tired they only listen to you, only hear your voice, only do what you say and nothing else… show ’em how to keep their balance and take it away from the other guy… how to generate momentum off their right toe and how to flex your knees when you fire a jab… how to fight backin’ up so that the other guy doesn’t want to come after you. Then you gotta show ’em all over again. Over and over and over… till they think they’re born that way.”

That’s Eddie “Scrap-Iron” Dupris from the movie “Million Dollar Baby.”  The language of (spiritual?) formation is rife: “strip them down to bare wood;” “forget even their bones;” “only hear your voice;” “only do what you say.”  Simply counting words, there’s as much about inner transformation as there is about boxing strategy.  The final words bring formation to the fore: “born that way.”  That’s how a fighter is made: deconstructing and reconstructing the self so that there is no other known reality.  You don’t just teach someone how to fight.  You make a fighter.

But is this only true of fighters?  Is this not the path of Christian discipleship—perhaps all meaningful discipleship?  Interestingly, Jesus’ own language of discipleship is that of birth.  If Dupris is about forgetting bones and making a person think they are born the way he’s forming them, then Jesus is not far off.  Jesus says we must be born again and learn the rhythms of the Spirit (John 3:5-8).  To make a Christian, you need to decontruct (repent) and reconstruct (disciple).  The route of discipleship is the route of formation.  You don’t just teach someone about Christ; you make a Christian.

But should Christians simply take this specific comparison, nod approvingly, and affirm the taking of the narrow road?  No.  The first step in not being formed in the mold of the world is realizing that the world forms in its mold.  Consider the growth of the mixed-martial arts (MMA) industry.  Beyond talking a good game—being touted (or touting itself) as the fastest growing sport in North America—MMA’s largest company in the world, Ultimate Fighting Championship (UFC), backs up the boast with booming numbers: an annual revenue nearing $600 million and a worth of $2 billion.[1]  The UFC is the poster-boy for MMA.  Or is that poster-girl?  The UFC recently announced the signing of its first female athlete.[2]  Says UFC President Dana White, “Fighting is in our DNA.”[3]  What UFC has been able to do is transform that common fighting DNA into significant cash flow.  Is this not about formation?

At the root of formation issues is just what it means to be human.  James K.A. Smith’s recent theological anthropology, Desiring the Kingdom, gives cause for consideration in this reflection.[4]  Smith argues that what it means to be human is neither to think, nor to believe, but to love.  Humans are homo liturgicus: religious animals with concrete practices “whose desire/love is aimed at something ultimate.”[5]  So, what are the aims and the formational practices of the MMA industry?  If the above figures are any indication, then the ultimate aim is a financially lucrative business and its concrete practices are mixed-martial arts competitions.

Yet these aims are not completely disconnected from many other more accepted industries.  In the capitalist society, the body is often simply assumed as a commodity—a good that comes with a monetary value.  Professional modeling, pornography (and other sexual industries, both legal and illegal), and professional sports all have elements of the body as a commodity to be used and optimized for its financial return.  Are all these avenues of income to be lumped into the same category and rejected?  Not necessarily.  Christians often think teleologically about the nature of activities.  For example, football games are violent, yes, but they may also foster community between athletes and people, and deepen commitment to one’s locality.  But Christians must also examine activities for the types of persons naturally formed through their inherent embodied practices.  For the issue of MMA, what formation is happening in the person who routinely practices facial strikes, body blows, and knees to the head of another for financial benefit?  What formation is happening in the person who purchases for entertainment those developed in such embodied practices?  Christians must understand that some embodied practices are antithetical to the person who would be formed into the image of Christ.  After all, you don’t just form a person who fights; you make a fighter.