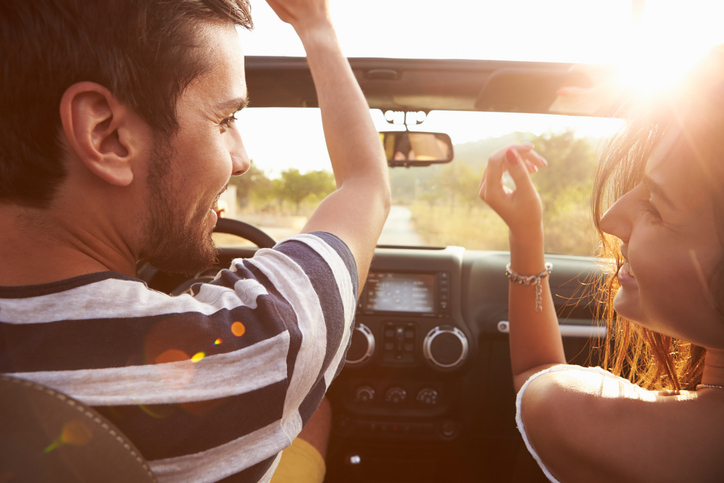 Many of us of a certain age who came under the influence of groups like The Navigators and Campus Crusade for Christ, had to memorize 2 Timothy 2:2. I still say it most easily from the New American Standard Bible version: “The things which you have heard from me in the presence of many witnesses, entrust these to faithful [people] who will be able to teach others also.

The setting for this verse is familiar to Scripture readers. Paul, nearing the end of his ministry, counseled Timothy, his son in the faith, in the basics of spiritual leadership.2 In the paragraph from which we draw this verse, he reminded Timothy to keep his eye on the ball, to stay focused on what counts in the ministry. “Don’t think just about the people sitting in front of you,” Paul admonished. “Remember the ones they will influence as well, and the next generation and the next” (author paraphrase).

Robert Coleman has impressed this vision of multigenerational discipleship on countless people, much to the world’s benefit. I am one of those influenced by him and, by God’s grace, I seek to do the same with the university students under my care. As a way of helping to show why I believe engaging them is so crucial, let me take you on a brief foray into important research about this age group.

Somewhere in the neighborhood of twenty million young people attend colleges and universities across the United States. This figure represents between 50 and 60 percent of all young people college-aged in this country. It includes well more than half a million international students, which is a worthy topic on its own, but one we will not pursue here. Another nearly three million students attend graduate school, most of them in their mid- to late-twenties (Statistical Abstracts of the United States).

The critical importance of taking 2 Timothy 2:2 with utmost seriousness clearly points us toward students, but it also extends beyond campus to the same age cohort of people who do not go to college. They may go piecemeal and part-time while in the military or engaged in an occupation, but they do not matriculate, and thus do not get counted as such. Taking an estimate, therefore, of the whole of young people who fit the college-aged grouping, we could count somewhere around thirty-five to forty million young people. It is, as you can see, a substantial number.

Let’s stretch this picture a little more and consider those between the ages of 15 and 29 living in the United States. Doing so matches the three relevant age categories used by the Census Bureau as well as covering all that I wish to include in the focus of this chapter. In the youngest group (aged 15 to 19) we have college freshmen and sophomores. In the middle, we have the 20- to 24-year-olds, covering the bulk of traditional age students. In the oldest (25 to 29) we have graduate students. Putting the three groups together, according to the 2010 census, we can count nearly sixty-five million young people!

If you read missions literature, you will readily see how the biblical concept of the nations (in Greek, ta ethne) strongly influences our vision for evangelism and discipleship. We have rightly learned not to think of nations as modern nation-states, but as people-groups, and we want to reach them all with the gospel. The Great Commission to disciple all nations has sunk deeply into our hearts. Now, consider the number given above: sixty-five million people between the ages of 15 and 29 taken as a collective is larger than any single country in western Europe. Even though they are most certainly not an unreached people group in the way we typically think, they do make up a field that is ripe unto harvest.

While not wanting to abuse the analogy of a people group, I do believe it is true that American young people share a set of cultural commonalities somewhat like a people group. These characteristics often cut across traditional racial and ethnic boundaries, making them easy not to notice for the cultural particularities. Consider, for example, how hip-hop (a style of music that began among urban African American men but that is now regarded as having to do with far more than music) can be found among affluent, white suburban kids. These features are passed on and intensified by social media. If I may, then, young people in this country are nation-like and a significant proportion of them attend college. If ever there was a fertile field for introducing people to Christ and helping them grow as disciples, the college campus is it. We need to think missionally about how to reach them.

College students nowadays fit a new demographic category known as “emerging adulthood.” What exactly are emerging adults? Are they not simply young adults, having passed the requisite age of twenty-one for majority status? The short answer is no and a brief introduction to what this new term means and how it applies to our present task is worth a momentary detour.

Over ten years ago, psychologist Jeffrey Jensen Arnett coined the term “emerging adult(hood),” as a way of capturing what he was hearing young people say about themselves. They do not yet think of themselves as fully adult, but they know that they are no longer adolescents. More important, they do not fit the template for expected transitions into adulthood. Many of them take longer than the usual four or five years to graduate from college. They mix going to school with work and other pursuits. Having (finally) graduated, they take longer to settle into a job that roughly matches their career interests. They switch jobs and domiciles frequently. They seem less goal-directed than earlier generations at the same age. They cohabitate before marriage more and get married later and less than earlier generations. These are just a few of the general characteristics of emerging adults.

Superficially, they seem to need to “just grow up,” but this common judgment badly misses what is actually happening. Researchers have named a number of cultural and economic factors that operate largely (though not entirely) beyond their control. Consider the following life thresholds that young adults in the 1950s and 60s crossed by their early twenties:”

• Finished school (high school, trade school, or college) and entered the work force in the job they expected to have for a lifetime5
• Gotten married
• Started a family
• Made a down payment on a home or set up a home expected to be a permanent residence
• Most important, became financially independent of their parents.

For today’s emerging adults, most have hit none of these markers by the time their parents did. The average age of first marriage, for example, has moved into the mid- to late-twenties, roughly four to five years later than even a generation ago.

One of the reasons that the “need to grow up” judgment comes so easily is that it seems to fit our experience of emerging adults so well. Delaying marriage easily looks like a way of putting off adult responsibilities. Living at home with Mom and Dad during college and even afterward (think of Tripp in the film Failure to Launch) allows young people to spend all their money on themselves while sponging off parents, so the criticism goes.

The truth is, young people actually highly value marriage. The vast majority want to get married and maintain a lifelong relationship, yet they have experienced the volatility of modern marriage and divorce. Many of them have suffered through the excruciatingly painful aftereffects of divorce. Thus, one reason they delay marriage is precisely because they do not want to suffer the same outcome.

And since we long ago de-coupled sexual expression from marriage, they can engage in sexual relationships without the messiness of marriage. The emerging adults of today had nothing to do either with the sexual revolution of the 1960s or the related dramatic increase in divorce rates over the past forty years. But they have been shaped deeply by them.

Likewise with finding a job: while it is true that college students of today expect a wider range of career options and more enriched work environments sooner than people my age would have known, this is not the major cause of their vocational instability. It is harder to find a job and to make a living these days. Emerging adults often have to cobble together two or more part-time jobs in order to make enough to pay the rent.

Partly because of, and in response to, these large-scale conditions, emerging adults take longer to reach full adulthood, which increases the significance of the time students spend in college and graduate school. Two major challenges stand out for them. First, they seek the knowledge and skills they believe are necessary to help them find their desired career. Second, the experiences they have and relationships they form during college contribute significantly to their identity. It does not take much reflection to realize how closely together these two challenges are wound.

Perhaps surprisingly, developing their spirituality lies very near the center of what students envision college to hold. In contrast to the old secularization thesis—that the more educated people become the less they need religion as a prop—college students express sincere desire to explore religious faith and spiritual practices. Researchers with the Higher Education Research Institute at UCLA have shown that the overwhelming majority of college students expect to grow spiritually while in college.6 Contrary to one of the prevailing negative impressions of popular opinion, students generally are not freethinking skeptics. They are opinionated, to be sure, and wary of being scammed, but a significant number are spiritually open and looking for mentors. These qualities of college present desperately important implications and challenges for evangelism and discipleship.

If you’d like to read more about the challenges and opportunities of discipleship and evangelism in the context of campus ministry, you’ll find my essay, “And the Things You Have Heard from Me: Discipling Emerging Adults” in the book Fulfilling the Great Commission in the Twenty-first Century: Essays on Revival, Evangelism, and Discipleship in Honor of Dr. Robert E. Coleman.