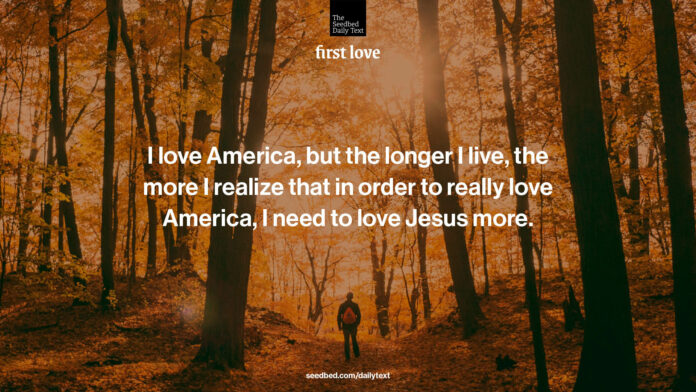 But our citizenship is in heaven. And we eagerly await a Savior from there, the Lord Jesus Christ, who, by the power that enables him to bring everything under his control, will transform our lowly bodies so that they will be like his glorious body.

I once heard an unusual message from Gary Haugen, the head of the International Justice Mission. I expected to hear a talk on child slavery or genocide or sex trafficking—areas where he has provided heroic service around the world. Instead he spoke on citizenship. His basic message: our most powerful asset is our American citizenship. He made a compelling case for the great power we possessed as individuals simply by virtue of our United States citizenship and of the responsibility we bear to steward it with great care. I honestly had never thought about it before. I assumed it, taking the benefits, powers, privileges, and responsibilities for granted.

Paul would have felt this way about his Roman citizenship. As America is now, so Rome was in his day—the most powerful nation on earth. Phillipi was a Roman colony which would have been a big deal to its residents. They would have stood and beamed with great pride as the ancient equivalent of Lee Greenwood’s “God Bless the U.S.A.” came over the loudspeakers.

I love America. I think its the greatest nation on earth . . .

All the followers of Jesus have dual citizenship. The question we must ask ourselves is: Which citizenship will be primary for me? Am I an American Christian or will I be a Christian American? See the difference? I love America, but the longer I live, the more I realize that in order to really love America, I need to love Jesus more.

The greatest power in my possession and my greatest stewardship is not my American citizenship (though I value this). It is my citizenship in heaven.

I love the way Paul puts this in Hebrews 11:

People who say such things show that they are looking for a country of their own. If they had been thinking of the country they had left, they would have had opportunity to return. Instead, they were longing for a better country—a heavenly one.Therefore God is not ashamed to be called their God, for he has prepared a city for them. (vv. 14-16)

Abba Father, we thank you for your Son, Jesus, who is the King of heaven and earth. He is Lord. Sift our commitments and order our loyalties. We want to be a real Christian. We pray in Jesus’ name, amen.