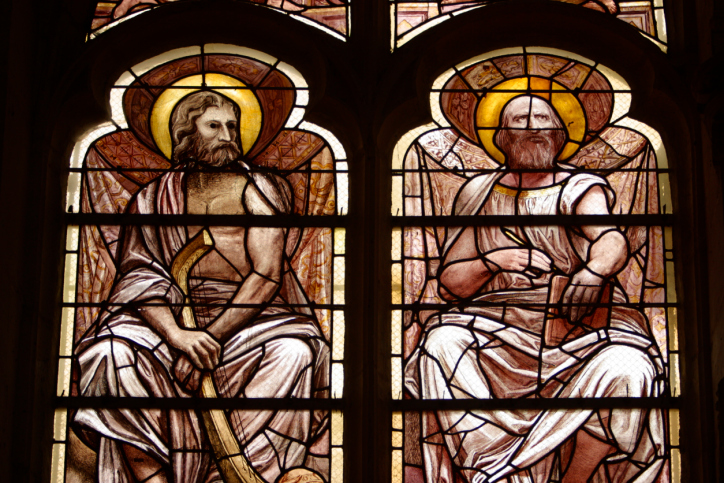 John Wesley lived in a time when the Church he knew had grown weak and inept, and the faith of many had grown cold.  His situation is not unlike the situation in which we find ourselves today.  The solution for Wesley was to look to the primitive church as the model and prototype for a vibrant expression of the faith that would turn the world upside down once again.  Our tendency today is also to look back—to Wesley, to the Fathers, or back to the primitive church, which serve as ad fontes for our model.

In order to look once again at who we were and see who we can become, it is most illuminating to see how the early Christians lived a spiritual life and transmitted the faith by making disciples. It is this pattern that Wesley employed in his own organization of the Methodist societies, and this pattern will help us discover what we can learn from the early Church and apply to today.

One of the first things to recognize when we look at early Christians and their lives is that they thought of themselves collectively as a third race.  The larger society in which they lived saw them in this manner as well.  The Greco-Roman culture with its gods and goddesses were the first race.  The Jewish people with their one, imageless God were the second race.  Christians, who had a single imageless God, yet spoke of more than one divine person, and did not belong to any single region, territory, language, or culture, made up a third race.

Early Christians were different, and the difference was very intentional.  Their spiritual lives as faithful disciples brought them into tension with the culture around them.  Yet, unlike H. Richard Niebhur’s Christ and Culture divisions, the Christians participated as fully as they could within the greater Greco-Roman culture, and they created a parallel culture in which their lives were invested.  They were not against, of, above, in paradox with or attempting to transform culture.

They lived as members of the Roman Empire (citizens or subjects), obeying its laws and participating in its civil life so long as that life did not conflict with the Christian identity they also had.  They were expatriates of the Kingdom of God in the Empire of Rome.  When people became Christian, their lives became oriented around their lives in Christ together.  The Church and its members became the center of the convert’s world, and their faith became the measure by which they lived.  There was no protest against the prevailing laws of the Empire that were in conflict with the Gospel message.  The Christians simply did not do what was legal, but against the Gospel.  They understood that their status as a third race held them to a higher standard of living in the world. Yet this did not mean they hid their light under a bushel (to use an insightful song lyric) and quietly lived a different kind of life.  There were always known Christians who were accused and brought before the authorities whenever a persecution began.

Early Christians were known for being different in that they used symbols that had special meaning for the group.  In the earliest years, the symbols could be explained away at first glance, such as a young beardless Jesus with a lamb on his shoulders that looked similar to a rendering of Apollo.  Later, though, the symbols become more exclusive to the new race: fish and crosses.

Before the last Great Persecution of the Empire under Diocletian, the Christians had become so visible in society that the Emperor could see the church building from his palace balcony in Nicomedia as it burned. They were known for having times of prayer during the day, usually before dawn and after dark.  They were known for using the first day of the week before dawn to have a time for all of them to get together to celebrate their rites and have a secret meal.  They were known to care for one another and use a different means of address with each other (brothers and sisters).

It was this kind of group identification that held the early Christians together and encouraged them to continue in the faith.  This was one of the key facets to early discipleship.  No one was ever alone in the faith.  No one was on an exclusively personal journey.  Every Christian together was a part of the Kingdom of God and the new, redeemed creation.  And by intentionally being unique and different, by intentionally creating a third race in the world, the Christians not only reminded themselves that they were purchased at a great price, but they endured and supported one another at a great price—because no one else would do it.  Rather than striving to blend in to the world around them or be relevant, the Christians strove to be disciples together.  Their distinct identity shaped that discipleship because it reminded them that they had a higher allegiance than to any one ethnic group, language, or Empire.

This is part of an on-going series on discipleship and the church. Read Part I, “Why Discipleship Needs the Church” here.

Get Kevin Watson’s The Class Meeting: Reclaiming a Forgotten (And Essential) Small Group Experience from our store.