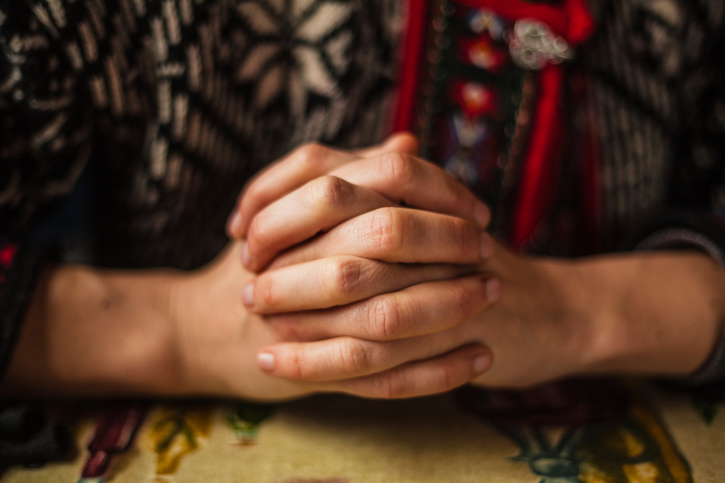 How people pray greatly impacts what they believe. The early Church taught its people prayers and how to pray so that their faith would be correct and intact. It was one of the ways the Church discipled its people and encouraged them in their spiritual life and growth. Read more from Steven Bruns as he continues his series on discipleship in the early church.

During the initial spread of the Christian faith into the world, one of the earliest descriptions of how the Church would make disciples is found in Acts 2:42, “And they devoted themselves to the apostles’ teaching and the fellowship, to the breaking of bread and the prayers” (ESV). This is a very insightful verse for looking at how the first Christians trained new converts, as the Church increased from about 120 believers to over 3000 believers, and these are the things the first disciples and apostles deemed necessary for these new converts to know in order to be faithful disciples themselves.

Particularly interesting are the prayers. These are not, as in some translations, simply prayer. They were certain prayers that were specifically taught to the new converts. Prayer was extremely important in the life of the Church and the lives of its members, but it was equally important that they be the right prayers that they prayed. This is especially true considering the fact that as those early apostles spread the message of Jesus Christ across the Roman Empire and beyond, they did not have a New Testament to either appeal to for confirmation of their message or to point to for instruction. It was the prayers that served in an instructive and corrective role for Christians.

In fact, as more and more Gnostic sects arose in the second and third centuries and as decisions were made concerning which writings attributed to the Apostles should be included in worship (and which ones should not be included), one of the main criteria for determining this fact was whether or not the writings or sect’s beliefs conformed to how the Christians were taught to pray. This teaching became a part of the early baptismal creeds that were used as the Rule of Faith in combating novel interpretations of Christianity into Gnostic belief systems.

The major prayer that was taught was the Lord’s Prayer. This was the paradigmatic prayer for the Church. In the Didache, an early writing (written sometime around 50-120 AD) that is essentially a manual for how to live as a Christian and how to run a local congregation, there are only two prayers given for the life of the Church and the lives of its members: the Lord’s Prayer and the prayer during the Eucharist. The Lord’s Prayer is also instructed to be prayed three times each day.

There were other prayers that were taught to the Church as it expanded, as well, some of them to be spoken, and some of them to be sung. In one of the earliest references to Christians outside of what would become the New Testament, there is a letter from Pliny, the Roman Governor of Bithynia, to the Emperor Trajan asking for advice on what to do with the Christians he has found. This letter was written between 111 and 112 AD. In giving Trajan a description of the Christians and their practices, he noted that the Christians’ aberrant behavior included meeting before dawn on a certain day and “singing a hymn responsively to Christ as to God.”

In Justin Martyr’s Apology (around 155 AD), there is a slightly different description of prayer, although this one was in reference specifically to the Eucharistic prayer in the worship service. Justin wrote that the “president” of the service would “offer prayers and thanksgivings according to his ability.” This also coincides with the section in Apostolic Tradition (which has composition dates ranging from 215 all the way to 400 AD) which says that “It is not altogether necessary for [the bishop] to recite the very same words which we gave before as though studying to say them by heart in his thanksgiving to God; but let each one pray according to his own ability. If indeed he is able to pray suitably with a grand and elevated prayer, this is a good thing. But if on the other hand he should pray and recite a prayer according to a brief form, no one shall prevent him. Only let his prayer be correct and orthodox.” Here it would seem that the prayers were given as guidelines for Christians to follow, not necessarily read.

How people pray greatly impacts what they believe. The early Church taught its people prayers and how to pray so that their faith would be correct and intact. It was one of the ways the Church discipled its people and encouraged them in their spiritual life and growth. Correct prayer, taught by Christians to new Christians, was among the most important means of ensuring the correct “faith that was once for all delivered to the saints” (Jude 1:3). Since prayer is so vitally important for a relationship with God, the early Church wanted to ensure that its members were addressing the correct God and using correct theology when they did speak to that God. This was modeled in the worship services as Christians together prayed and listened to prayers said on their behalf, for which they responded in agreement, “Amen. So be it.”