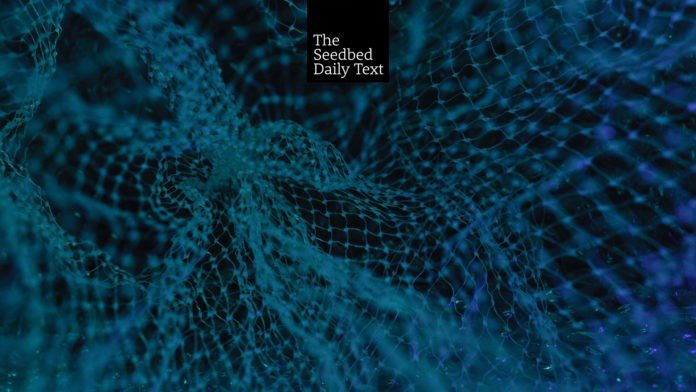 To God’s elect, exiles scattered throughout the provinces of Pontus, Galatia, Cappadocia, Asia and Bithynia,

Peter, an apostle of Jesus Christ.

To be an exile is to be a person or group of people who have been expelled from their country of origin and sent into a foreign land, a place where they are strangers and aliens. An exile has a home in this world but refuses to make themselves “at home” in this world.

There are three levels at which we are exiles. In Genesis 3, after the catastrophic incident in the Garden of Eden, Adam and Eve were exiled from the Garden. Thus began the long journey, beginning again with Abraham and Sarah back toward a Garden Land, a land flowing with milk and honey, also known as “The Promised Land.” It came to fruition in the entry of the Hebrew people into the land we know today as Israel. Unfortunately, through persistent and unremitting disobedience to the terms of the Covenant God made with them, they found themselves in exile again. And just like that, there we were again, a people walking in darkness.

But you know the rest of the story of the people walking in darkness, right?

With the coming of Jesus Messiah, the Light of the World, the prophecy was fulfilled, “On those living in the land of deep darkness, a light has dawned.”

So the exile is over, right? No. We remain in an exilic reality. We are exiles who live in the land of darkness but who walk in the Kingdom of Light. We are strangers and aliens in a foreign land. Our hearts are set on pilgrimage to the New Creation. We are marching to Zion. If we should die before we get there, we shall not perish. Heaven will be our holding place. The future, however, is not somewhere up there. It is here, in the New Heaven and the New Earth, finally and fully coming with the return of King Jesus, the Messiah.

As the scattered exiles, our citizenship is in the Kingdom of Heaven. When we gather ourselves on earth, “Church” happens. The Kingdom breaks out—on Earth as it is in Heaven. Blind see, deaf hear, lepers are cleansed, lame walk, the dead are raised, the poor hear good news.

But you ask, why aren’t we seeing these demonstrations of the Kingdom now? Dear friends, much that once was is no longer, for none now live who remember it. We have lived through a long period of the history of the Church known as Christendom. It is the outcome of the attempted “Christianization” of the society. Much good has come from this era and yet as it now sits on the threshing floor of history the chaff seems to overwhelm the grain. Christendom propagated multitudinous forms of “church” that in many ways obscured and even defied the essence of The Kingdom of Jesus. In retrospect, it looks like the failed experiment of the church doing its best to make itself at home in the world. I am grossly over simplifying this and perhaps even overstating it, but you get the point.

We can’t go back to the first few centuries of the church, as many conservative movements have thought possible. We certainly can’t reinvent the gospel as many progressive movements have tried and failed. We can only awaken to the simple and comprehensive Gospel of Jesus. In fact, every generation must—person by person by person. Every time this happens, we see awakening. The greatness of an awakening is only determined by the level of darkness it displaces. Great awakenings tend to be reserved for periods of great darkness.

So fellow, “exiles,” where do we find ourselves now? Christendom has left the church in a state of deep slumber. We had thought the Christian faith could be delegated to institutions and organizations; that they could somehow be “Christian” for us; to learn only people can be Christians. As a consequence, we, the exilic people of the Kingdom of Light, are living in a season of great darkness. It has spanned our whole lives. For all its wealth and progress, history will surely show the 20th century to be among the darkest centuries in human history. Meanwhile, we have seemingly traded in the Kingdom for the Church-Industrial-Complex. We now find ourselves still early in the 21st century, in a world of utter, even absurd confusion. We are now paying the compounding interest of the debts imposed by a seditiously sophisticated and seductive darkness that only persists and grows.

Our home remains in this world. However, we can no longer afford to make ourselves at home in this world. It is time to wake up, Exiles. This is not about somehow taking a country back to some earlier age. It is about sowing an eternal Kingdom into this earthly soil; releasing the tight grip we have on our comfortable lives in exchange for what Jesus alone can and will do through a people whole-heartedly consecrated to him. The stakes have never been higher. It’s time to sow for a great awakening. We will get the awakening we sow for. So many of us have reaped where we have not sown. It is time to sow where we may not fully reap. Nothing is more worthy of your life than this. Let’s go out sowing with all we’ve got for the sake of generations yet unborn to reap.

Jesus, you are the Messiah, the Son of the Living God. We are exiles in a foreign land, strangers and aliens on pilgrimage. We are looking forward to “the city with foundations whose architect and builder is God. Indeed, we are longing for a better country. Holy Spirit, would you break open our hearts that we might be filled with the heart of Jesus. As he was in the world, so are we. Awaken us to the fullness of who you are and your purposes in our time. Renew them in our day. We pray in Jesus’ name, Amen.

Are you waking up? There’s only one way to know. Is your life becoming a seed of the awakening love of Jesus in the lives of others? Lets go Exiles!!!