33 “Listen to another parable: There was a landowner who planted a vineyard. He put a wall around it, dug a winepress in it and built a watchtower. Then he rented the vineyard to some farmers and moved to another place. 34 When the harvest time approached, he sent his servants to the tenants to collect his fruit.

35 “The tenants seized his servants; they beat one, killed another, and stoned a third.36 Then he sent other servants to them, more than the first time, and the tenants treated them the same way. 37 Last of all, he sent his son to them. ‘They will respect my son,’ he said.

38 “But when the tenants saw the son, they said to each other, ‘This is the heir. Come, let’s kill him and take his inheritance.’ 39 So they took him and threw him out of the vineyard and killed him.

40 “Therefore, when the owner of the vineyard comes, what will he do to those tenants?”

41 “He will bring those wretches to a wretched end,” they replied, “and he will rent the vineyard to other tenants, who will give him his share of the crop at harvest time.”

There’s nothing more beautiful and powerful than a community of faith. There’s nothing more dangerous than a community filled with fear.  In fact, that’s not a community at all. It’s a crowd. Crowds act with a kind of collective responsibility in which no-one is actually responsible. In a crowd, personal responsibility gets unwittingly delegated to collective activity. Some of the worst things in human history have happened at the hands of a crowd acting under the auspices and authority of a religious establishment.

That’s the story Jesus is telling in today’s text. He’s telling the story of the religious establishment that had become the Temple. At the same time, he’s foretelling the story of what will happen to him at their hands. The Farmer God planted his people like choice vines on a fertile hill. He did everything to make way for flourishing, building a wall, a winepress and a watch tower. Can’t you hear the echoes of Eden in this story? God did everything for us to thrive and he gave it all to us to steward, to live abundantly fruitful lives that would reveal the goodness of God to all of the Earth.

Over and over and over we have chosen not to trust. We have acted out of fear and control, which has become collectivized as the all consuming destructive force of sin and death. Our fear has led us to turn the farm of God’s making into a fortress of our own security, from which we would defend ourselves against the God who gave it to us in the first place. What could be more absurd than this? And yet this is our story, from Eden through Israel and onward to the church.

Religious establishments are dangerous and they can be deadly. This is why people hate what they refer to as “organized religion.” So what are we to do? The only thing we can do: we must follow Jesus all the way to the Cross where we must abandon ourselves to him unreservedly, unconditionally and irrevocably, come what may, forever and ever to be his disciples. Even then we will discover in the inner circles of the closest disciples we are prone to betray, deny and deceive.

As we now begin to move in haste toward the Cross, we must keep bringing it back and back and back to ourselves, to me and to you. We can push  nothing onto the responsibility of anyone else. We must see the Cross like never before and we must grasp the horror like never before that we put him there. I did. You did. We killed the Son so we could take the inheritance. NO. I killed the Son so I could take the inheritance. It was not Caiphas or Pilate or those Roman centurions. It was me.

Here’s the great ironic conundrum. We can only go to that place alone if we go together with a few others who will go with us. Will we go? Who with?

Merciful God, I want to come to the Cross like I haven’t before. I want to step out of the crowd of the establishment and I want to come in the fellowship of sinners. I want to cast aside my shame that I may feel my guilt. Yes, I want to feel my guilt even though you have given me a pardon, because I will never appreciate what you have done until I can own what I have done and not done as the case may be. Please God, save me from mindless religion. Free me for real faith. Open my heart to trust you like never before. Be my complete security or be nothing to me. In Jesus name and for his sake, Amen. 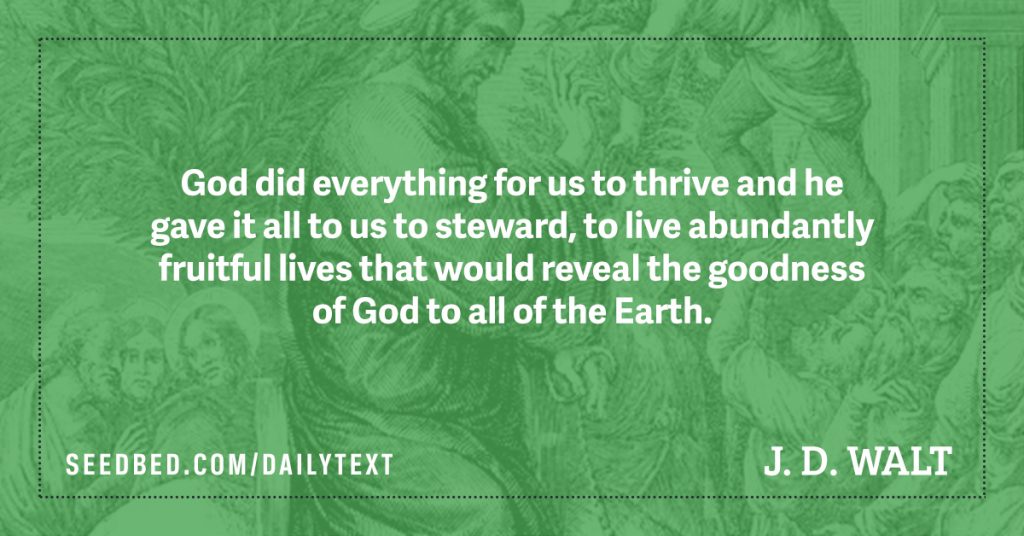 1. Does all of this feel too harsh for you? Why? Why not?

2. Honestly, where do you find your security?