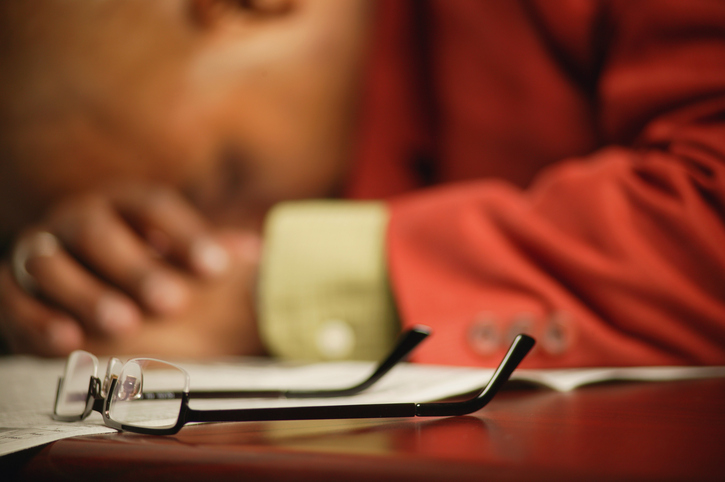 Failure is a powerful word. It carries a negative connotation. Nobody wants to fail. It’s so powerful that many of us don’t like to admit that there are times that we succumb to the “I can’t do anything right” syndrome. It’s abrupt and scary. Failure is a label that’s placed on us that can forever debilitate us, making us feel that we will never measure up (again).

Whether it is a physical or mental challenge, what first looks like failure may instead be a sign that something needs to end. Growth itself demands that we move on. Without the ability to end something, people stay stuck, never becoming who they are meant to be, never accomplishing all that their talents and abilities could afford.

Though we don’t like to admit it, endings are a necessity; there is a season to everything. Taken from the book of Ecclesiastes, the message is that there’s a season for things to begin and to end. Understanding the season for endings and beginnings is another way of talking about a threshold moment: those “cross over” moments in life when things change from being one way to being another.

On Monday, May 11, 2015, I experienced a difficult ending with our church plant. In the course of a meeting with my supervisors, with heavy hearts and deep sadness, we decided to “pull the plug” on Threshold Church. It’s always hard to balance the tangible dashboard measures (i.e., adding to your team, meeting and following up with adults about the vision of the community, and fundraising) when you’re trying to hold on to your “baby.” Even hosting preview worship and service experiences that attracted 132 adults, wasn’t enough to erase the handwriting on the wall.

I rationalized that I did everything that a planter was supposed to do. I met at least 5 new people per day (I’m an introvert and that’s all that I could muster) and followed up with an average of 3 of these individuals with deeper conversations about vision. I camped out at the local Starbucks and Barnes & Noble so much, that I even had my own table reserved for me.  I coached our leadership team to meet with 5 new people per day and follow-up. We raised nearly $205,000 for the launch and we were generating “buzz” in the community about Threshold Church. Unfortunately, even with this momentum, I hadn’t found a second chair leader to work with us on the team and we were spending money as quickly as we were raising it.

The simple truth was that even with the limited success of building a compelling brand, generating excitement with special “come and see” services and events, and having the full support of volunteers from supportive churches, we simply couldn’t overcome the challenges of the model of creating a new church from scratch.

In hindsight, I believe that there are some key indicators that contribute to closing a church plant:

Failing to pass all three of these factors forced me into a season of questioning God and asking, “What’s next?” I had to fight back the temptation of thinking that I had failed. At the time, it was difficult to see through the pain of my dashed hopes and expectations in any way other than as a failure. But that was before speaking with my wife, Dionne, several supportive friends, coaches and mentors. An important and encouraging word came to me from my good friend and mentor who said:

“The courage to try is a great gift, but the courage to release failure is a greater gift. The first is about the unknown, and the second is about the known and the wisdom that informs our long-term priorities. It is our wisdom in knowing when to move on that informs our gift for maximizing our future potential. Your goal isn’t lost –it has simply been repackaged in a new season of opportunities.”

My church planting coach followed my mentor’s words with:

“I share your disappointment with the outcome from such hard work that you have put in. I have not had a [church] planter work harder or more diligent than you have. Please take all the good things you have done and implement them in your next appointment. You should feel no regret from all you have done—I’m very impressed with it.”

I appreciated the comforting words and thoughts of others, along with my supervisors, who reminded me that we were all in the process of planting Threshold Church together. These and the other sentiments continued to help me walk through this difficult ending.  It was also during this time, that I realized that I was a second chair leader and this was why I had such a difficult time finding a number two leader for the team.

These experiences taught me that failure is an option if you’re able to see it through the lens of an ending of one season and the beginning of a new season. Closing Threshold Church taught me that God can use a threshold moment to teach us to accept the very real possibility of failure and proceed anyway.  In the midst of a failure, God closed the door to Threshold Church, and opened a new door giving me the opportunity to be the Executive Pastor at Peachtree City United Methodist Church, where I have been able to use my experiences from Threshold Church.