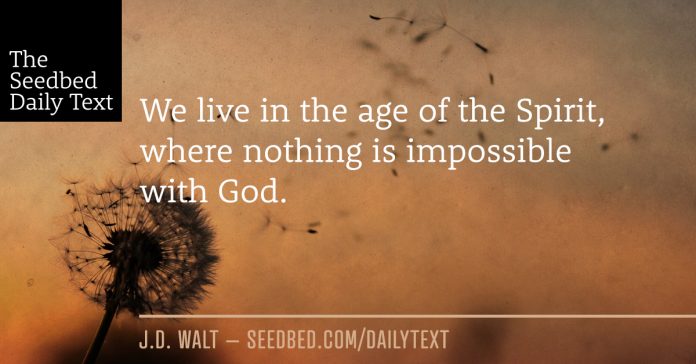 Then Agrippa said to Paul, “You have permission to speak for yourself.”So Paul motioned with his hand and began his defense: “King Agrippa, I consider myself fortunate to stand before you today as I make my defense against all the accusations of the Jews, and especially so because you are well acquainted with all the Jewish customs and controversies. Therefore, I beg you to listen to me patiently.“The Jewish people all know the way I have lived ever since I was a child, from the beginning of my life in my own country, and also in Jerusalem. They have known me for a long time and can testify, if they are willing, that I conformed to the strictest sect of our religion, living as a Pharisee. And now it is because of my hope in what God has promised our ancestors that I am on trial today. This is the promise our twelve tribes are hoping to see fulfilled as they earnestly serve God day and night. King Agrippa, it is because of this hope that these Jews are accusing me. Why should any of you consider it incredible that God raises the dead?

Today’s text has me asking myself a question.

Is my faith anything at all like Paul’s faith? I don’t mean that in terms of intensity or boldness or quality. That’s a poor measure of faith anyway. The big question concerning faith is what is the object of faith. What do we have faith in? Jesus? Yes. That everything is going to work out? Maybe. That we will go to heaven when we die? Depends.

Paul’s hope was not in his hopefulness that the resurrection of the dead would one day happen. In the resurrection of Jesus, the future was no longer in the future. It had begun. Paul hoped decisively and unflinchingly in a future event because he had already witnessed it happen in the present. I want you to read Paul’s words below slowly, deliberately and out loud so your ears can hear it.

But Christ has indeed been raised from the dead, the firstfruits of those who have fallen asleep. For since death came through a man, the resurrection of the dead comes also through a man. For as in Adam all die, so in Christ all will be made alive. But each in turn: Christ, the firstfruits; then, when he comes, those who belong to him. Then the end will come, when he hands over the kingdom to God the Father after he has destroyed all dominion, authority and power. For he must reign until he has put all his enemies under his feet. The last enemy to be destroyed is death. (1 Corinthians 15:20-26)

Much of what gets passed off as Christianity these days is really just a lot of cheesy sentimentality. Friends, this faith we share is not primarily about our experience of God, as important as that is. No, the vision is infinitely larger. We hope in the final upending of sin and death and evil. And we aren’t “hoping” it’s going to happen “someday.” No! It actually began happening on a certain day, the day Jesus was raised from the dead.

No matter how much longer it may take, we are in the End-Game. Jesus is Lord. Seated at the right hand of the Father, he sends his Spirit in wave on wave on wave of the ever present, pregnant possibilities of the Kingdom of God on Earth as it is in Heaven. We live in the age of the Spirit, where nothing is impossible with God.

Paul’s faith was all about the End-Game. I don’t know about you, but too often for me, faith is mostly about hoping God will solve my problems today.

Sure, he cares about our problems and he can solve them. It’s just so much bigger than little victories in my little battles.

This is the heavenly vision Paul is bringing before King Agrippa, and before us.

Will we see it? Will we go for it?

Do you find this to be a true marvel? Consider this scene in light of the declaration of Jesus identity as the King of Kings.