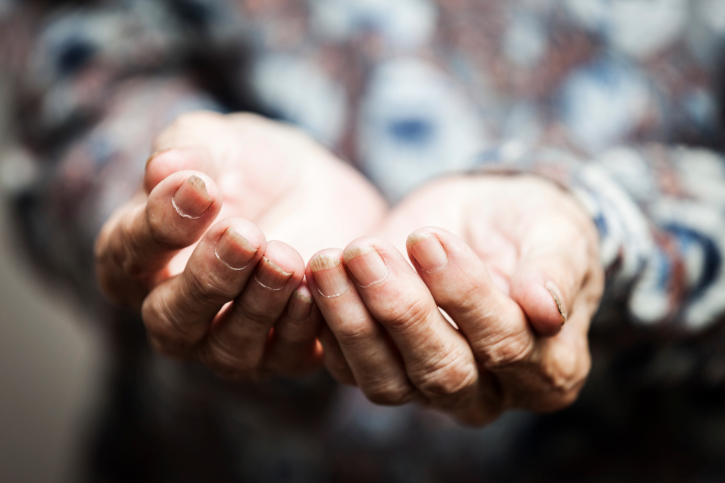 Fasting is the spiritual discipline of reality, the interior posture of recognizing how radically we depend on God—choosing the hungers of reliance and desperation even when circumstances may be okay. The truth is, we are always in desperate need of God, though conditions or surroundings may buffer and conceal it. Fasting pierces that veil.

Fasting is the strong assertion that our bodies are not our masters, that our god is not our stomach. Few practices cut more deeply against the grain of our indulgent, gluttonous culture than this. Yet fasting was clearly a custom of Jesus, and one he expected of his disciples. It is more frequently mentioned in the Bible than baptism.

There are fasts in Scripture for guidance, for discernment of God’s will (Judges 20); fasts associated with grieving (I Samuel 31:13); fasts to seek deliverance, salvation from enemies (II Chronicles 20:3-4); fasts to express concern for God’s work, dedication to God’s call, and praise of God’s glory.

Ezra was about to lead a group of exiles back to Jerusalem after the Persian captivity, so he proclaimed a fast to pray for a safe passage. The people would be facing many dangers without military protection during the 900 mile journey. Ezra 8:23: “So we fasted and petitioned our God about this, and he answered our prayer.” In his prayer for the rebuilding of Jerusalem’s walls, Nehemiah “fasted and prayed before the God of heaven” (Nehemiah 1:4). Daniel devoted himself to plead with God “in prayer and petition, in fasting” (Daniel 9:3). It wasn’t until after “they had fasted and prayed” in Acts 13:3 that the church in Antioch “placed their hands” on Barnabas and Saul of Tarsus and “sent them off” on the first missionary journey of the Church.

Jesus taught that fasting should be hidden for God to honor it. Jews ordinarily put ashes on their heads and bathed less during times of fasting and mourning. Clean faces and anointed heads were the custom of weddings and celebrations. However, Jesus taught that, while fasting, one should have a clean face and anointed head. The one fasting, known only to God according to the deeper righteousness of His kingdom, could be assured of His reward. Jonathan Edwards considered David Brainerd, the young missionary who would die at age 29 in the Edwards home, as the paragon of secret fasting and its blessings:

Among all the many days [Brainerd] spent in secret fasting and prayer that he gives an account of in his diary, there is scarce an instance of one but what was either attended or soon followed with apparent success and remarkable blessing in special incomes and consolations of God’s Spirit; and very often before the day was ended.

Clement of Alexandria, in the second century, records that early believers fasted on Wednesdays and Friday. Fasting has been a part of the celebration of Lent since 340 A.D., when Athanasius suggested that it be used to commemorate Jesus’ experience in the wilderness. Christians throughout history have fasted in preparation for the Lord’s Supper. John Wesley refused to ordain Methodist leaders who did not observe a weekly time of fasting.

Charles Finney found it personally profitable “to hold frequent days of private fasting” for kindling “a revival in our soul” as remedy to a flagging spirit of prayer and for gaining “greater prevalence with God.” This was to “know ourselves as starving souls,” a state of prayerfulness, acknowledging how crucial it was that the soul’s “hungering after the bread and its thirsting for the water of life should be duly enkindled, and that the spirit should pant and struggle after God, and ‘cry out for the living God.’”

Don Whitney has written: “The Bible does not teach that fasting is a kind of spiritual hunger strike that compels God to do our bidding. If we ask for something [in prayer that is] outside of God’s will, fasting does not cause Him to reconsider. Fasting does not change God’s hearing so much as it changes our praying.”

Fasting strengthens prayer, it intensifies and fortifies prayer, sharpening and giving focus and passion to our intercessions. Fasting causes us to yearn for what we pray for and understand fully who truly is the Author of every answer to prayer. And fasting, like kneeling, is a physical gesture which cultivates the spiritual posture God loves and looks for in all those He blesses.

When we need stronger prayer in a matter, it is an invitation from the Lord to fast. If we need guidance, it is an encouragement to fast. God gives us the gifts of prayer and fasting in order to be close to Him.