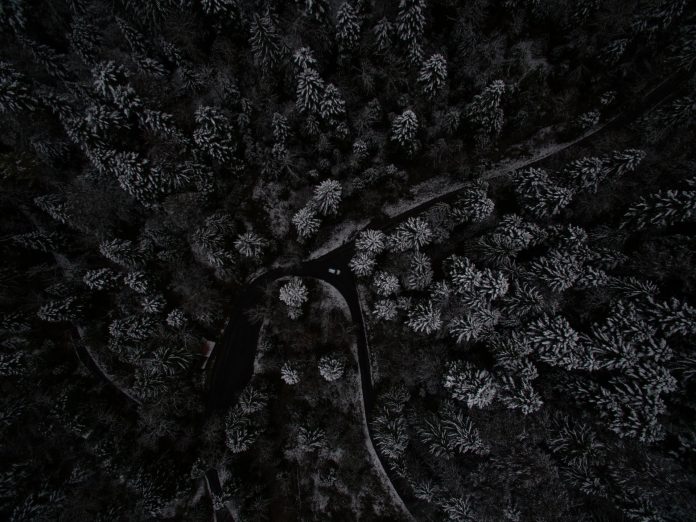 Unsurprisingly, Hitler’s holocaust—­during which at least ﬁve million people were herded together and systematically slaughtered—­is cited more than any other global atrocity as evidence in the case against God. Here, we are told, is the ultimate example not just of man’s brutality to man, but of God’s disregard for people—­His own people.

For this reason, an American rabbi, Dr. Reeve Robert Brenner, surveyed hundreds of holocaust survivors to ﬁnd out how their experiences had affected their beliefs about God. (Reeve Robert Brenner, The Faith and Doubt of Holocaust Survivors [New York: The Free Press, 1980], 103–105.) Dr. Brenner’s conclusions were extraordinary. First, he discovered that the horrors of the holocaust had no impact at all on the religious convictions of a remarkably high percentage (almost half) of the survivors. Somehow these people had endured hell on earth without losing their faith in Yahweh. “It never occurred to me to question God’s doings or lack of doings while I was an inmate of Auschwitz, although of course I understand that others did,” wrote one survivor. “If someone believes God is responsible for the death of six million because He didn’t somehow do something to save them, he’s got his thinking reversed. We owe God our lives for the few or many years we live, and we have the duty to worship Him.” (Harold S. Kushner, When Bad Things Happen to Good People [London: Pan, 2002], 99–100.)

According to Brenner’s research, about 11 percent of holocaust survivors did lose their faith in God (although he observes that their professions of atheism seemed more like an emotional shift than a theological one because so many of them continued to believe in God enough to be angry with Him). However, the really extraordinary discovery made by Dr. Brenner was that 5 percent of the holocaust survivors in his survey had actually abandoned atheism and begun to believe in God as a direct result of their experiences in the Nazi laboratories of death.

If we project that extraordinary statistic onto the total number of European and Russian Jews that survived the holocaust (around 3.5 million people), it is equivalent to 177,000 survivors coming to faith through the concentration camps. To put it another way, it would be like 5 percent of the total population of Los Angeles turning to Yahweh in just ﬁve years. In Christian terms, this might be described as one of the most fruitful “revival” movements in any one people-­group during the last seventy years. However, it becomes astounding when considered against the backdrop of the concentration camps, so often held up as primary evidence against the benevolence of God.

When we look at situations of unanswered prayer and conclude that there is no God, or that if there is a God, He is either a powerful sadist or an impotent but kindly old uncle, His removal from the equation of our suffering solves nothing. However problematic His existence may seem, without God—­this bankruptcy, this broken marriage, this four-­year-­old with leukemia, this congregation killed by lightning, this mother mowed down by a drunk driver—­the tragedies of life are reduced to meaningless losses in the great evolutionary casino. Without God, we are hopelessly alone in a twisted reality, contorting without spiritual comfort and without the hope, however distant, of supernatural intervention. As the poet W. H. Auden puts it: “Nothing can save us that is possible: We who must die demand a miracle.” (W. H. Auden, For the Time Being: Advent [New York: Random House, 1976], 274.)

A story, often attributed to the Nobel Prize-­winning Russian novelist Aleksandr Solzhenitsyn, is shared about when he was imprisoned by Stalin in a Siberian gulag. One day, slaving away in sub-­zero temperatures, he ﬁnally reached the end of his endurance. Discarding his shovel, he slumped onto a bench and waited for a guard to beat him to death. He’d seen it happen to others and was waiting for the ﬁrst blow to fall.

Before this could happen, an emaciated fellow prisoner approached Solzhenitsyn silently. Without a word of explanation, the prisoner scratched the sign of the cross in the mud and scurried away. As Solzhenitsyn stared at those two lines scratched in the dirt, the message of the cross began to converse with his sense of despair. “In that moment, he knew that there was something greater than the Soviet Union. He knew that the hope of all mankind was represented in that simple cross. And through the power of the cross, anything was possible.” Picking up his shovel, Aleksandr Solzhenitsyn slowly went back to work.

Nothing but the message of God’s suffering could have inspired Solzhenitsyn to return to work that day. Only the presence of God at Golgotha could imbue the gulag with fresh possibilities. More than just the comforting knowledge of divine empathy (great as that is), the cross rekindled in Solzhenitsyn the actual hope that everything was possible for God—­even in a Siberian concentration camp, where all the evidence suggested otherwise. In fact, especially in such a place.

The Christian gospel is the story of a God who breaks the rules of plausibility—­often when we least expect it and in ways we could never have predicted. Living with unanswered prayer, I need a big God; an awesome, unspeakably amazing God; a death-­defying, eternal God; a God who dies in Siberian concentration camps and senseless car crashes in order to destroy death and release an indestructible life. I need a God whose promises are certain; a God who’s been there before and can walk with me and counsel me and pray for me and prepare a place for me and who can even make all things work together for good. This, then, is the confession we cannot afford to compromise, even when it propels us into the realms of mystery and confusion: our God is our Father, loves us completely, is all-­powerful, and will ultimately make all things new.

“‘He will wipe every tear from their eyes. There will be no more death’ or mourning or crying or pain, for the old order of things has passed away.”
He who was seated on the throne said, “I am making everything new!”
(­Revelation 21:4–5) 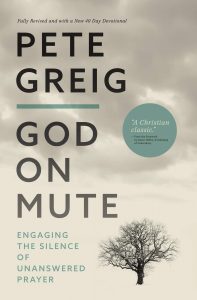