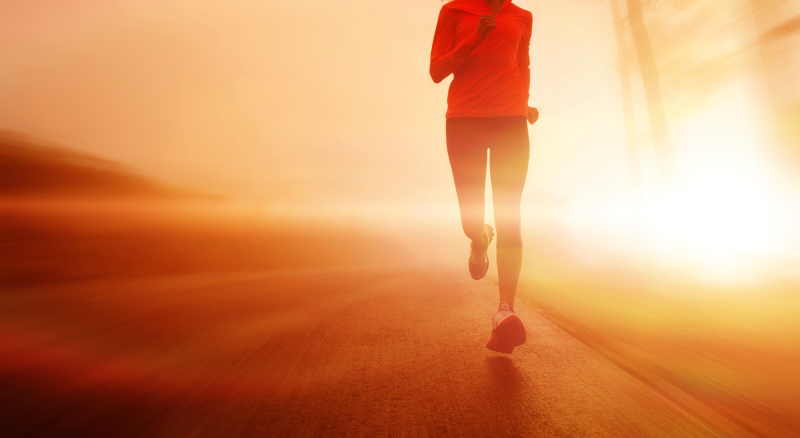 It is letter-reading night in first-century Colossae.  A roomful of people have gathered for this word.  It comes from one they respect and of whom they have a healthy fear.   He is such a spiritual force, so when Paul’s letters are being read everyone tends to come to those meetings.  Paul’s word carries weight and these folks have gathered to hear a good word.  They have labored in the gospel together.  They are passionate about the work and they trust the message.

It is a rich, dramatic evening, these letter-reading nights.  They get their best reader on the job, or the person who delivered it himself.  They have a meal.  They share in the Lord’s supper together.  They worship.  And then they read this letter like they are reading a will.  And in some sense it is, because this gospel is their inheritance.  It binds them to the body of Christ.  It reminds them that while they are small, God is big.

Paul writes long letters for a first-century guy, and they hang on every word because every word has a purpose.  What Paul wants most for the people of Colossae is faithfulness to the gospel and faithfulness to the call.  His letter gives us some clue to what’s happening among followers of Jesus in Colossae.  They are being pestered by peddlers of heresy.  It’s as if they are out there swatting at flies and this letter is like a theological bug zapper.  “Stay the course,” Paul admonishes.  “Be who Jesus says you are,” he seems to say.

He goes on like this, correcting bad theology for some pages.  And then, just as it sounds like Paul is winding it up (one more paragraph of final greetings and they can head for the dessert table) he shares this very personal word with a guy named Archippus.  This is a very public, very personal word to a relatively unknown guy.

Archippus is mentioned only twice in the Bible, here in Colossians and also in Paul’s letter to Philemon, where he is referred to as a fellow soldier.  Beyond these mentions, we know nothing about him; yet, stories abound.  The Catholic Church says he was martyred, buried up to his waist, then stoned and left for the children to play with.  Another tradition says he was one of the seventy disciples described in Luke, chapter 11 – the ones who came back with the first twelve, healed and ready to tell the world about Jesus.  Yet another tradition makes Archippus the Bishop of Laodicea (I don’t know which is worse: to be stoned by children or made a Bishop!).

For Paul, it seems as if Archippus puts a face to his over-arching message to the church in Colossae.  “Say to Archippus,” he writes, “See that you fulfill the ministry that you have received in the Lord.”  And then he finishes the letter out.  “I, Paul, write this greeting with my own hand.  Remember my chains.  Grace be with you” (Colossians 4:17-18).

If I let my imagination lead me, I can picture Archippus as those lines are read, in the back of the room leaning back in his chair, playing Words With Friends on his iPhone.  Then he hears his name being called.  He quickly adjusts, sits forward, wonders what he has already missed.  How did his name end up in Paul’s letter?

“Say to Archippus,” the reader reads as he looks over the page, picks the young man out in the crowd, then levels this line directly at him.  “See to it that you fulfill the ministry that you have received in the Lord.”

In other words, finish what you started.  You have a ministry, Paul tells Archippus. You’re expected to finish it.  Because it isn’t yours to do with as you please.  This ministry is the Lord’s.  He gave it to you.

This is a man we hardly know, being distinguished by a first-century power-hitter among Jesus-followers!  His circumstance brings to mind a line from William Blake, who once wrote, “You ought to know that what is grand is necessarily obscure to weak men.”  Whether he meant to or not, Blake is paraphrasing Paul, who told the Corinthians, “God chose what is foolish in the world to shame the wise; God chose what is weak in the world to shame the strong” (1 Corinthians 1:27).

Both the apostle and the poet are saying the same thing:  God uses foolish things, foolish people, ordinary people, obscure people, nobodies, everybody to accomplish his purposes.  And in fact, God refuses to accomplish his purposes without those partnerships,  no matter how obscure or foolish.
In that word, I hear a word for Archippus and all of us who dare to listen:  What you do with your life matters.

One wonders what that call was on Archippus’ life.  Was Paul calling Archippus to account for something he’d promised to do but never got around to, like people at a revival who walk the aisle and surrender their lives to missionary service in Africa, only to find themselves selling shoes in a strip mall ten years later?  That happens more often than we probably want to admit.  We mean well when we walk those aisles, but then bills pile up and fires go out.  It is far easier,  I’ve learned, to get off course than to stay on it.

What was your calling?  Do you remember?  Is there a charge over your life waiting to be fulfilled?

Here’s what I heard, all those years ago.  I heard God say, “Wake the people sitting in the pews.”  I thought I would be waking up nominal Christians, but it turns out I’ve spent most of my ministry waking up dead people.  Addicts, and people coming out of jail.  People who have never known Jesus as their savior.  Fifteen years into this calling, I am more glad than ever that Jesus is a friend of sinners.  In them, I encounter not only my calling, but the spirit of Christ.  I see Him in those who struggle.

Perhaps Archippus had a call on his life like mine, one that took time to interpret.  Or perhaps Paul sees something in Archippus that has never been voiced.  Maybe Archippus is so obviously cut out for the work of counseling widows, or evangelizing Greeks, or teaching the Word, or working with children, or leading in worship, or mentoring youth, or leading a small group, or planting a church—but no one has ever called it out of him.  In this word of warning, Paul is making sure Archippus knows that he knows that he isn’t getting away with anything, that in Paul’s absence, someone needs to hold Archippus’ spiritual feet to the fire.

God cares what you do with your life.  Are you with me, Archippus?

“Remember my chains.”  This is how Paul closes this letter.  Just after he speaks this personal word to Archippus, he says, “Remember my chains.”  This may be a clue.  In fact, this may well be the real reason Archippus has been dragging his feet.  What if this thing God has given him hurts?  What if it costs?  What if he loses something in this transaction?  With this word—“Remember my chains”—Paul reminds him that if this costs, Archippus won’t be the first person to sacrifice for the cause of Christ, nor the last.  Others have given up things, too.  Like freedom, food, finances, even their physical lives.

Writing about Archippus, Chip Brogden says, “People in the first century did not pursue ministry.  Ministry pursued them.”  This is a strong point.  After all, who would willingly go out and get publicly involved with something so reviled by the government and the established religion?  Who would put themselves out there on purpose, knowing they might very well get buried up to their waist, stoned and left for dead?  Ministry for the first-century believer was not something to wish on somebody the way parents might wish it on their children now.

Here’s the thing, Archippus:  The ministry given you by God (and make no mistake, if God gave it then it is God’s ministry, not yours) may not be easy.  You may end up buried in the sand up your waist with a crowd of people using you for target practice.  You may end up left for dead in the children’s ministry hall.  You may end up sitting in a finance team meeting wishing you were dead.  You may not get what you want out of this.  You may forgo your pension.  But maybe the thing God has given you wasn’t designed to be easy, or easy for others to understand.  “What is grand is necessarily obscure to weak men.”

Maybe you will work hard and sleep less and endure criticism or worse yet obscurity, which is to say, we’re not the point even of our own calling.  And that ends up being quite the point.

Finally, in absolute frustration he comes to the end of another angry day of non-movement and he turns his face to God and cries out, “You told me to do this!  You told me to push this rock!  You set me up for this!  And I’ve been doing just what you said for days and days and this confounded rock has not moved even one inch!  It is absolutely unmovable!  Why would you do this to me?  What do you want from me?”

And God calmly responds, “Exactly what you’ve given.  I didn’t ask you to move the rock.  I only asked you to push against it.  Well done!  And now you have all kinds of muscles that will serve you well for the thing I really want you to do.”

This is a common story among those who do this thing called ministry.  We don’t always (or maybe even ever) get the results we think we deserve.  But listen!  Here’s what we do get.  We get the one thing that makes all the rest of it worth it:  We get Jesus.

The mission to which you are called, the vision that moved you to the middle of nowhere, the ministry that pursues you, will always lead to Jesus.

So this is how you will beat your path to Jesus.  “See that you fulfill the ministry that you have received in the Lord.”  Spend yourself in that work.  Spend every dime of you.  And be okay with the fact that people won’t understand.  Paul told us that would be the case.  God has a habit of making significant things seem foolish.

“What is grand is necessarily obscure to weak men.”

So what?  We don’t do this for people.  We do this for Jesus, who gave us this ministry, to spread scriptural holiness around the world, because in His holiness He has chosen not to complete the work without you.

See to it that you finish what God has begun in you.  And in that quest, may you come face to face with Jesus.