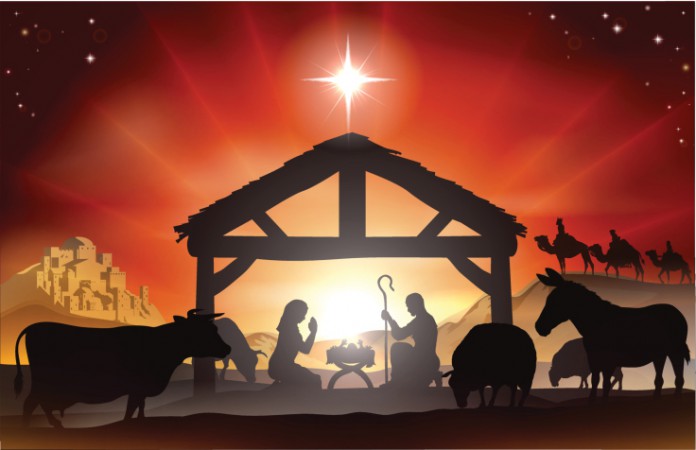 So often we take traditions, songs, popular culture, or poems as what is true about Christmas.  One of my favorite parts of working with students this time of year is exposing them to the facts of the Christ’s birth that they think they know.  Too often we skim over or tune out Scripture that we’ve heard before and don’t dig deep enough to know what really happened.  Here are five common misconceptions to share with your students as we journey through Advent.

Although it’s not impossible, it seems unlikely. The Bible does not specify a date or month. One problem with December is that Scripture tells us that the shepherds are living out in the fields (Luke 2:8).  The growing cycle for cereals in Israel starts in August and ripen in Spring. There is no way that farmers would allow grazing on their young plants through December.  It’s more likely that sheep are keeping the weeds controlled and fertilizing the fields after the Spring harvest.  Also, weather needed for growing grains in December would make the long distance travel from Nazareth to Bethlehem all the less enjoyable for the pregnant Mary.

Myth 2: Three Kings brought gifts to Jesus on the night of his birth.

The Bible says magi came from the East, following a big star, and that they were looking for the King of the Jews. Magi are wise men, not kings, most believe the men were likely astrologers. These visitors are wealthy, as evident by their journey and gifts, and likely politically connected by their visit to Herod (Matthew 2:11). The number of and names of the magi are never detailed anywhere in writing. Since three gifts are listed in the Bible, scholars also say it’s possible that over time, people assumed this meant there were three men. They would have been traveling in a caravan to cover the distance and protect them and their gifts.

Further, the Bible says the men arrived when Jesus was a young child, not an infant, and they found him at home with his mom — not in a manger in a stable.  The magi did not arrive until sometime after Christ’s presentation in the Temple in Jerusalem (Luke 2:22-39).  It is possible that little Jesus was walking and talking by then and based on the calculations of King Herod and the magi (Matthew 2:16), Jesus could been two years old or under.

Myth 3: Jesus was born in a barn, stable, or cave.

The Bible does not mention any of these three places in connection with Christ’s birth, only a manger. Scripture simply reports that they laid Jesus in a manger because there was no room for him in the guest room. The Greek word used in Scripture is kataluma, and can mean guest chamber, lodging place or inn. The only other time this word was used in the New Testament, it means a furnished, large, upper story room within a private house. It is translated guest chamber, not inn (Mark 14:14-15). Jesus was probably born in the house of relatives, but outside (under) the normal living area and in guest quarters.  There may have been some animals around, as some animals were kept on this ground floor enclosure to protect them from the elements and theft.  It also provided body heat for cool nights, access to milk for meals and dung for cooking, which would also take place here.

The original significance of December 25 is that it was a well-known festival day celebrating the annual return of the sun. December 21 is the winter solstice and the 25th is the first day that ancients could clearly note that the days were definitely getting longer and the sunlight was returning.

So, why was December 25 chosen to remember Jesus Christ’s birth? Since no one knows the day of his birth, the Roman Catholic Church chose this date. They wanted to replace the pagan festival with a Christian holy day. It was easier to replace an unholy festival with a good one, than fight traditions.

Myth 5: The star of Bethlehem shone over the manger the night Jesus was born.

The star began to move slowly ahead of the wise men till it hovered over the place Jesus was located (Matthew 2:9).  This means that the star was not over the manger the night Jesus was born.  The star also shone over a house, possibly Joseph’s house back in Nazareth, and not a barn or inn (Matthew 2:11).  It is never called, “the star of Bethlehem”, but simply “his”or “the”star.