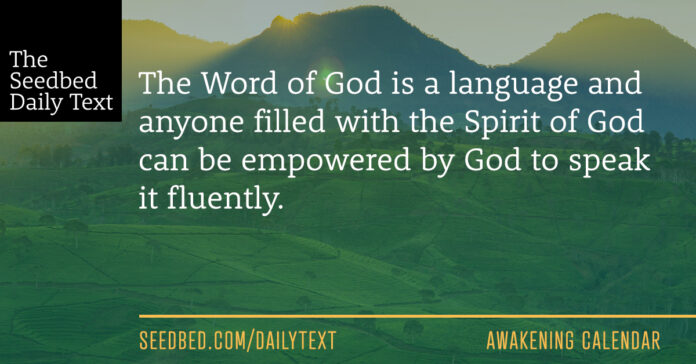 A few days later, when Jesus again entered Capernaum, the people heard that he had come home. They gathered in such large numbers that there was no room left, not even outside the door, and he preached the word to them.

We are following Jesus. We’ve seen a lot already and we are barely into it. We are just back from a brief tour through several surrounding towns where Jesus brought his standard triple threat offense: preaching, teaching and healing. Of course, healing covers a lot of things ranging from inner healing to physical healing to forgiveness and cleansing and demonic deliverance to all sorts of other major and minor fixes to the broken image bearers of God.

But did you pick up on that little phrase in the first verse today?

A few days later, when Jesus again entered Capernaum, the people heard that he had come home.

Wait—I thought Nazareth was his hometown! Then there’s Bethlehem. Now Capernaum. Something tells me Jesus had multiple home towns. Jesus was at home everywhere people wanted him. Still is. Imagine if someone put a billboard out at the entrance to your town that said, “Hometown of Jesus.” Wouldn’t that be awesome?
They gathered in such large numbers that there was no room left, not even outside the door,
Here’s my favorite part:
and he preached the word to them.
This wasn’t a synagogue. It was not the Sabbath. This was a Tuesday or a Thursday and people gathered and Jesus was talking to them about the Word of God.
Here’s my point. You don’t have to be a preacher. It doesn’t need to be a Sunday. You don’t need to be in a church facility. None of this matters when it comes to preaching, or really just speaking about the Word of God.
Following Jesus means you learn to become fluent in the Word of God, period. None of this, “I’m not a Bible Scholar,” or “I’m just a lay person,” or any other foolish remarks of the sort. The Word of God is a language and anyone filled with the Spirit of God can be empowered by God to speak it fluently. Fluently doesn’t mean eloquently. It means faithfully. This is our book. This is our language. The Spirit is waiting patiently for us to learn it.
Can I get an Amen?

Almighty God—Father, Son and Holy Spirit—my Lord Jesus Christ, teach me your Word, until I can speak it fluently like language. I am done with my excuses—all of them. I want to be like Jesus, which means I will become fluent in the Word of God and filled by the Spirit of God. I am ready. In Jesus name, Amen.

So where do you rate yourself on your level of fluency with the Word of God?