Hurtado is a well-regarded scholar whose work on the religious devotion of the early church to Jesus has challenged evolutionary theories of christology. Drawing on his wide knowledge of Roman and Jewish literature, this work promises to be a provocative read that both encourages the faithful in affirming the supernatural origin of the Christian faith, and offering a historical portrait of early Christianity juxtaposed with its pagan counterparts. While not on the four Gospels proper, this is an illuminating window into the world that produced these texts.

From the publisher: “Christianity’s novelty was no badge of honor. Called atheists and suspected of political subversion, Christians earned Roman disdain and suspicion in equal amounts. Yet, as Destroyer of the gods demonstrates, in an irony of history the very features of early Christianity that rendered it distinctive and objectionable in Roman eyes have now become so commonplace in Western culture as to go unnoticed. Christianity helped destroy one world and create another.”

2. Jesus the God-Man: The Unity and Diversity of the Gospel Portrayals by Darrell L. Bock & Benjamin I. Simpson (Baker Academic, Forthcoming, 2016)

Bock brings his expertise in Luke-Acts to bear on this foray into historical Jesus studies. His views are more conservative than the others listed here, so it will prove to be an interesting treatment of the differences between the Gospel traditions, and will likely emphasize the complementary nature. This volume will serve as a helpful handbook for pastors and students.

From the publisher: “Why four Gospels rather than one? What should we do with the different emphases they present? Given the different ways they present Jesus, how can we put together all that Jesus taught and appreciate how the Gospels show us who Jesus is? Condensing years of extensive study on the topic, this handy, readable textbook presents fresh ways to understand the Gospels, especially the Synoptics in comparison with John. Professors and students in courses on Jesus and the Gospels as well as pastors and church leaders will value this work.”

3. The Fourfold Gospel: A Theological Reading of the New Testament Portraits of Jesus by Francis Watson (Baker Academic, 2016)

Watson is a nuanced thinker whose scholarship has challenged reigning paradigms, including the existence of Q and the New Perspective on Paul. Here he provides a theological-historical reading of the Gospels and reveals how and why they were chosen to be included in the canon of Scripture. The arguments are subtle and sometimes difficult to track with, but the results are rewarding.

From the publisher: “This groundbreaking approach to the study of the fourfold gospel offers a challenging alternative to prevailing assumptions about the creation of the gospels and their portraits of Jesus. How and why does it matter that we have these four gospels? Why were they placed alongside one another as four parallel yet diverse retellings of the same story?”

Intertextuality has been a highlight of Hays’ scholarship, so this work builds on his strong and tested thesis about how the New Testament writers use the Old Testament. Here you’ll find some provocative ideas that help make sense of both the Bible’s integrity and its diversity, as we acknowledge that the imaginative ways the Gospel writers are grounded in a thorough reading of the Old Testament’s wider literary context. You’ll find a profound argument for and affirmation of Jesus being presented as the embodiment of Israel’s God Yahweh in the Gospels.

From the publisher: “In Reading Backwards Richard B. Hays maps the shocking ways the four Gospel writers interpreted Israel’s Scripture to craft their literary witnesses to the Church’s one Christ. The Gospels’ scriptural imagination discovered inside the long tradition of a resilient Jewish monotheism a novel and revolutionary Christology.” 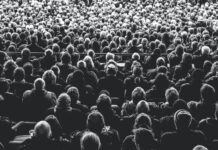