The Fundraiser to End All Fundraisers - Seedbed
close
Menu 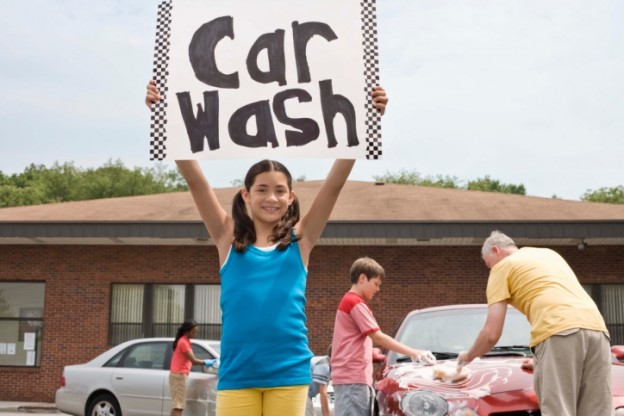 The two toughest obstacles I have ever faced in my ministry career are middle school boys at a lock-in who secretly stash Mountain Dews all-night long and the dreaded fundraiser. The soda stash turns into an all-night, sugar-induced, bouncing off-the-wall, fun-filled night which eventually ends in a big crash…either from the sugar wearing off or physically into a wall followed by a trip to the ER. The fundraiser is a different and seemingly more difficult animal all together. But it doesn’t have to be.

Many moons ago, a youth pastor friend shared with me one of the greatest and most simple ideas to raise money for ministry. He called it Club 316. Basically, he recruited members of the congregation to support the youth ministry by pledging to give $3.16 per week for a year. You might think that doesn’t seem like enough to do anything. You’d be surprised.

Let’s say your congregation has an average weekly attendance of 400 people. This is larger than the national average, but many churches that are smaller do not have paid youth staff. With that number, you have averaged around 40 or so active youth in your group. Let’s also say you have a good relationship with your church and they generally support the youth ministry whenever you have a car wash or bake sale. With a fairly supportive church you can expect 25% of your worshipping congregation to participate as team members. With 100 team members, you would net over $16,000 in pledges. That’s an extra $400 per student per year. Yes! Go ahead, I‘ll wait until you do the math.

There aren’t many fundraisers that can net you that kind of return with this little bit of effort. The brilliance of the idea isn’t in how much money you will raise or how little effort it requires. The greatest benefit you receive from this fundraiser is the “buy-in” of the entire congregation to the youth ministry.

So many times youth ministers feel like the third wheel or a separate island unto themselves struggling to find support from the church as a whole. Whenever we approach the church about another fundraiser idea, they turn and run the other direction when they see us coming. This ministry idea allows people from all parts of the church to support the youth and be a part of what’s going on, even from a distance.

There are many ways to go about promoting this idea. Several years ago, while at a different church, we implemented what we referred to as “Team 316” to just the youth, their families and immediate connections (grandparents, adult volunteers, etc) and raised over $50,000. Imagine the ministry possibilities with an EXTRA $50,000 each year! We only used the money to fund mission projects and scholarships for mission trips. We took over 100 high school students to Ecuador on a week-long mission trip for less than $400 per person.

Again, it doesn’t require much effort and if you aren’t a “detail person” this is a great opportunity to recruit an adult volunteer to oversee this ministry. If you’d like more information on this fundraising idea or would like help in doing this at your church, check out www.team316.org. After having such success, my friend Greg and I began offering assistance to churches who would like to put this ministry into practice in their own church. You can do it yourself, or we offer all the resources and coaching to take it from a pitch to your pastor to post-collection follow-up with your team members.

In 21 years of youth ministry, I have seen and produced a lot of fundraisers. Some were good. Most were very bad. The struggle is real. The disdain for fundraisers is real. Consider this easy and simple way of removing the stress out of raising money FOR ministry, so you can spend more time DOING ministry.

© Seedbed 2021
The Fundraiser to End All Fundraisers
MORE STORIES