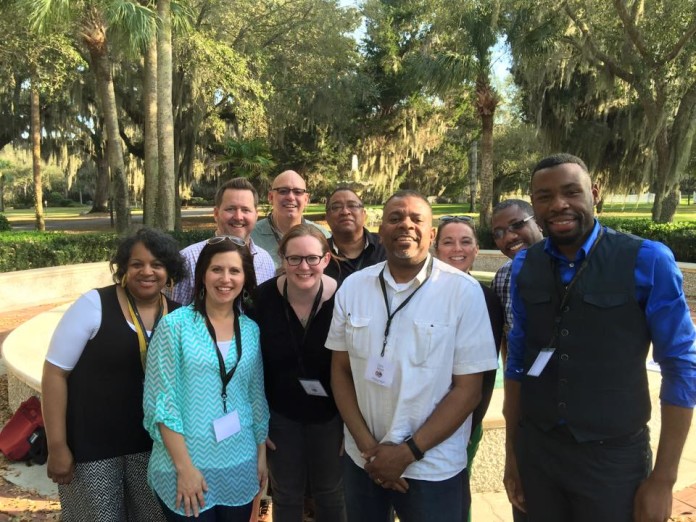 Ignoring Genesis 9 in covenant theology is like ignoring John 1 in Jesus theology. Skipping God’s earth covenant in soteriology is like skipping the incarnation in Christology.

Yet as I noted in my January 3 blog, “14 Favorites Ways to Twist the Gospel,” covenant theology usually bypasses the Genesis 9 earth covenant and begins with Abraham. Strange, since the first explicit biblical covenant is in Genesis 9, where God establishes his “covenant between me and the earth” (Gen. 9:13).

God’s Covenant with the Earth

The human race is sadly and lethally alienated from the land. Sin separates us from the land as well as from God. So it is significant that one of the first things God does in the history of salvation is to make covenant with the land.

God brings salvation through a series of covenants, climaxing in the new covenant through the blood of Jesus (Luke 22:20; Heb 12:24). These covenants are key markers in the biblical narrative. They are all linked, all essential in the ecology of the story. We won’t fully understand the later story if we miss the significance of this first covenant. This “everlasting covenant” with the earth is beautifully and powerfully pictured in Genesis 9:8–17.

God says to Noah after the flood, “I am establishing my covenant with you and your descendants after you, and with every living creature that is with you, the birds, the domestic animals, and every animal of the earth with you, as many as came out of the ark” (Gen 9:9–10). All covenants have a “sign,” and the sign of this one is the rainbow.

Three things stand out as we examine the Genesis 9 covenant God.

First: It is a three-dimensional covenant. It is multidimensional, ecological. The covenant includes not only God and Noah’s family, but “every living creature of all flesh that is on the earth” (Gen 9:16).

It’s fascinating to see whom God includes in this covenant. God is the initiator: “I am establishing my covenant” (Gen 9:9). God both establishes and sustains this covenant, the rainbow the sign. So the covenant is first of all God’s, not ours.

The second party is Noah and his family—that is humankind, all the human family that descends from Noah. Not just Noah’s immediate family, but “your descendants after you, . . .for all future generations” (Gen 9:9, 12). Note the generational theme.

The background here is Genesis 1–2, with its emphasis on the good earth and all the creatures God made. Now, after fall and flood, Genesis 9 marks a new beginning. The plan of salvation really begins here, not with Abraham. This covenant is important in specifying the post-fall relationship between God and all humanity. God is the sovereign Creator and Sustainer; humans are his creation and his stewards of the earth.

The text emphasizes the earthly dimensions of this covenant. All earth’s creatures are included. Genesis 9 is surprisingly comprehensive here, repeating the phrases “every living creature,” “every animal,” “all flesh” on earth. The references become increasingly broad and inclusive. Then in verse 13 God says, “the covenant between me and the earth”!

Why this stress on “every living creature”? This echoes the full variety of creatures God made at the beginning, as well as God’s words to Noah to take “every kind” of creature into the ark (Gen 7:2). The “every creature” emphasis is also practical and ecological, a matter of human sustenance, because robust human health requires an abundance of creatures in wide variety, all in relative ecological balance. It reminds us too of God’s care and concern for all creatures for all generations. Most amazingly, the “every creature” emphasis signals God’s concern for all his creatures, showing that he himself has a covenant with every creature, with every species. So Jesus’ says of sparrows, “not one of them is forgotten in God’s sight” (Luke 12:16).

The Genesis 9 covenant is thus a three-dimensional covenant, not narrowly between God and humans only. It is a covenant between God, all people, and all the earth.

Second, this is a covenant of preservation. “Never again,” God says, will he destroy the earth by flood. “As long as the earth endures, seedtime and harvest, cold and heat, summer and winter, day and night, shall not cease” (Gen 8:22).

Four times God says, “Never again!” (Gen 8:2; 9:11, 15). This is God’s promise to humanity, to the earth, and to himself. God promises to preserve the earth, working out his saving plan through the subsequent covenants he will make, culminating in the New Covenant in the blood of Jesus. This covenant of preservation is thus also a covenant of preparation. God intends not merely to preserve but to create something greater. This first covenant with the land prepares the way for God’s plan of salvation and New Creation through Jesus Christ.

Third, this is an everlasting, ongoing covenant. It is not temporary nor interim. Rather, it’s a covenant “for all future generations” (Gen 9:12). Significantly, the phrase “everlasting covenant” here (Gen 9:15) is the same phrase used to describe later biblical covenants. God’s covenant with the earth is unending.

This may surprise us. Perhaps we assumed God’s covenant with the earth was temporary, until Jesus’ return. Not. In fact, the Septuagint (the Greek version of the Old Testament) uses the word “eternal” here, the same word the New Testament employs for “eternal life.”

Does God really have an eternal covenant with the earth and all its creatures? The Bible says yes—suggesting that the promised new heaven and new earth in some sense means the renewal, not the extinction, of God’s creatures.

Thus in his earth covenant God acts to preserve the earth, limiting his judgment (the flood) so he can fulfill his larger purposes. Another example of the consistent biblical focus on God’s concern for both people and the land. We begin to see that God intends to save people with their environment, not out of their environment.

Since the earth covenant is “everlasting,” clearly it was not cancelled by God’s later actions. The rainbow ever reminds us that God’s earth-covenant still holds. God says, “Whenever the rainbow appears in the clouds, I will see it and remember the everlasting covenant between God and all living creatures of every kind on the earth” (Gen 9:16). The rainbow is God’s cupped hand over the earth, reminding of his care and concern for the world and its creatures. God sees the rainbow—and remembers his covenant. Do we?

The fact that the Noahic Covenant of Genesis 8–9 still holds is important for three reasons.

First, the Genesis 9 covenant teaches us the true relationship between God, people, and the earth. God’s earth covenant clarifies the actual relationship in effect right now between God and all his creatures. God continues as Creator and Sustainer. Human beings and the earth continue to be under his care. All people without exception depend moment-by-moment both on God and on the earth, God’s gift. This is not theory; it is fact. The earthly side of this multidimensional covenant—that is, the interdependence between people and the physical environment—is now fully documented by the natural sciences, as well as being taught in Scripture.

Genesis 9 is important both to our physical wellbeing and to our understanding of salvation. Both are part of God’s economy, the plan of salvation. Genesis 9, and in fact the whole biblical worldview, teaches us that the nature of the created order is interrelationship between God, humans, and the earth. It continues to be true that:

In the larger sweep of the biblical narrative, the Noahic Covenant is foundational for the new heavens and earth that Scripture promises. The New Creation is not a second creation ex nihilo. It is the restoration and enhanced flourishing of the original creation.

Note again that the God–people–earth connection is a covenant relationship. Its source is God’s sovereign action and initiative; his grace and mercy.

Here the biblical worldview clashes sharply with two common distortions. Some views blur the distinction between humans and the rest of creation. New Age philosophies and some environmentalists and eco-theologians do this.

On the other hand, many people are blind to God’s concern for the earth and all its creatures, so are oblivious to our shared responsibility to care for the earth. This also is a serious distortion.

Biblically, it is wrong either to elevate the environment over human beings or to stress human uniqueness to the point that we miss our utter earth-dependence. The biblical way is not to place one over the other, but to see the interdependence built into God’s order. Here we think ecologically if we think biblically, rather than assuming a clashing hierarchy of priorities.

Since this interdependence is covenant-based, earth’s abundance is not just “raw materials” for industry. It is not just “natural resources” or “real estate.” The fruit of the earth is not just “commodities.” It is God’s good, morally valued creation—a partner in a covenant pact with God that still holds. Since God is in covenant with the earth, we sin against God when we fail to care for the earth.

Second, the Genesis 9 covenant is important today because it reminds us of God’s concern for all living creatures. Earth’s life forms exist for God, not just for human use or enjoyment. The creatures have their own right to exist and flourish, because they were created by God. They are God’s, not ours.

The Bible speaks repeatedly of God’s concern for earth’s creatures. This is a major theme of the Psalms, and of Job. especially. “O Lord, how manifold are your works! In wisdom you have made them all; the earth is full of your creatures” (Ps 104:24).

A sign of Solomon’s wisdom was that he “spoke about plant life, from the cedar of Lebanon to the hyssop that grows out of walls. He also spoke about animals and birds, reptiles and fish” (1 Kgs 4:33).

A third key implication of the Genesis 9 covenant follows: Here is the biblical basis for a theology of creation care. In the biblical view, earth’s creatures and species are to be “stewarded” for four key reasons: God created them; God delights in them; we depend on them; they are part of God’s larger plan.

This abiding commission for all humanity has particular meaning for Christian mission, as I elaborate in Salvation Means Creation Healed.

Biblical Christians are countercultural here. We have a different basis for looking at environmental issues. God the Creator and his everlasting earth covenant are the touchstones. We see the Noahic Covenant as part of the larger biblical story of creation, the disease of sin, and the healing restoration that comes through Jesus by the Spirit. We see creation care in light of the story of Jesus—his incarnation, life, teachings, death, resurrection, reign, return, and final triumph. We think of Jesus’ literal, physical, flesh-and-blood resurrection and the promise of our own resurrection, “the redemption of our bodies” (Rom 8:23), not just our spirits. This is a renewed heaven and earth, not a disembodied heaven. The resurrection of Jesus renders incoherent the idea that salvation means living eternally in heaven.

In other words, we see Genesis 9 in light of Romans 8, and vice versa. We see the line that connects them. We see also how Genesis 9 illuminates the remarkable promise in Revelation 11:18, “The time has come for judging the dead, and for rewarding your servants the prophets and your people who revere your name, both great and small—and for destroying those who destroy the earth” (TNIV).

God’s earth covenant recorded in Genesis 9 opens the door to a biblically comprehensive view of salvation and thus of the mission of God, missio Dei.