Give Me Your Eyes - Seedbed
close
Menu 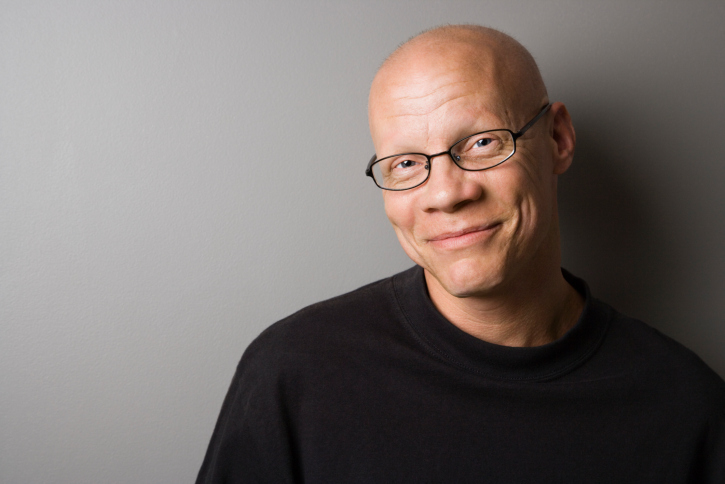 As I was leaving our neighborhood bank recently, someone at a desk near the door said, “Have a good day.”  I was pleased to be wished a good day, so I paused to thank someone, but discovered no one was there.  Well, not exactly.  There was a person at the desk, but I had to conclude that she wasn’t talking to me, because she was looking at her newspaper.  The good wish was tossed casually into businesslike space, and since I was passing by just then, I happened to catch it.

It occurred to me that perhaps in our increasingly impersonal age, some entrepreneur will make a device which, when patrons get within a certain distance of the exit, will extend a recorded farewell blessing.  As inventive geniuses continue to improve the device, it will offer different messages to the very tall, the somewhat pudgy, and those with a cautious step.  Eventually, trained to read face-furrows, the voice will know whether to speak a message of encouragement, good will, or cautious optimism.

As for me, I’d still prefer even the simplest word if only the eyes come with it.  Someone in the mid-sixteenth century is reported to have said, “The eyes are the window of the soul.”   No one since has been able to refute that idea.  That’s why we want someone to look at us when they speak.  We’d like to see if their soul backs up their words.

Several years ago Janet and I were visiting a church (mercifully, I’ve forgotten where) where the preacher was locked to his manuscript (it was a man, I remember that).  Eventually Janet wrote me a note on the church bulletin:  “Why should I look at him when he doesn’t look at me?”

It was a proper question, and under the circumstances written at a proper time.  It was clear that the preacher didn’t care whether we were listening to him, working a crossword puzzle, or laying out our plans for the coming week.  His fascination was with the words he had written.  Perhaps they were very good words; in any event, they meant more to him than did those of us who were presumably listening to him.

In the days when early Methodist preachers often faced crowds that might respond with rotten eggs, stones, or spoiled vegetables, John Wesley advised, “Always look a mob in the eye.”  He had found that people were less likely to throw if the preacher’s eyes were meeting theirs.

The same rule still holds.  Most of us don’t face physical objects but we do sometimes face eyes that are indifferent, preoccupied, skeptical or even condescendingly dismissive.  Meet those eyes with conviction, compassion, and deep-down caring.  They may not agree with your sermon, but they’ll like what they see in your eyes.

© Seedbed 2021
Give Me Your Eyes
MORE STORIES